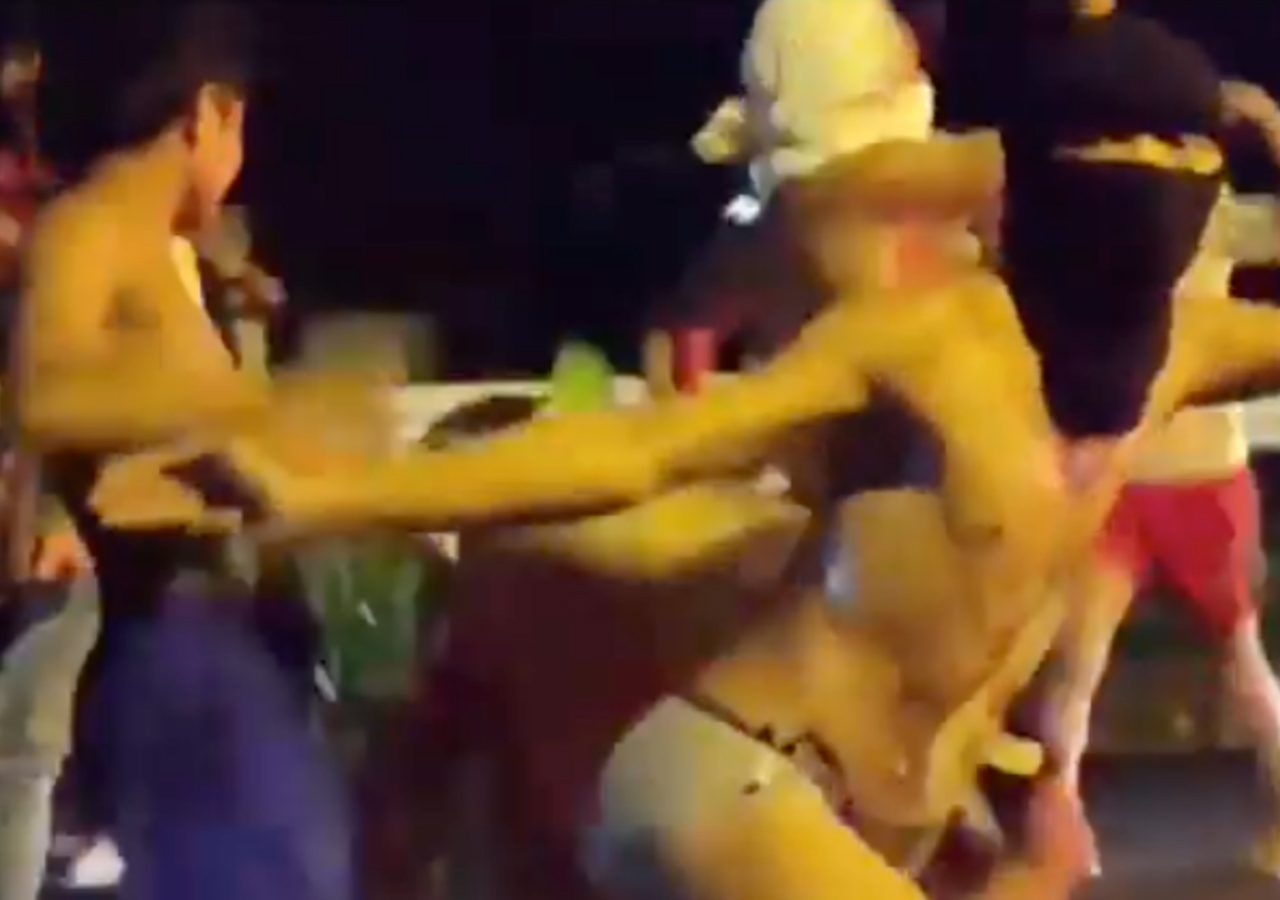 MISBEHAVING. A video that goes viral shows a group of young men stripping down and showing their backsides to New Year's Day revelers in Cotabato City, an incident that sparks public outrage in the predominantly Muslim city.

Facebook Twitter Copy URL
Copied
Cotabato Mayor Bruce Matabalao, fuming, says such behavior is unacceptable in his city, the regional center of the Bangsamoro region, and would not be tolerated

COTABATO City, Philippines – A dozen unruly young men who flashed their buttocks at a busy commercial district at the height of the New Year’s Day revelry sparked a public uproar in this conservative city, prompting Cotabato Mayor Bruce Matabalao to order authorities to track them down so he can discipline them.

The young men were caught on video showing their backsides to revelers and displaying obscene gestures while banging the traditional kulintang (gong and drum ensemble). The behavior was seen as scandalous in this predominantly Muslim city.

Some wore nothing but their undergarments, covered their faces with their t-shirts, and teased other revelers along the busy Sinsuat Avenue. The video that went viral showed others lying on the ground, half-naked.

A fuming Mayor Matabalao said such behavior was unacceptable in the city, the regional center of the Bangsamoro Autonomous Region in Muslim Mindanao (BARMM), and would not be tolerated.

At least five of the young men, two of them minors, turned themselves in on Monday afternoon, January 2, and apologized for their behavior.

“We were overwhelmed by our emotions. We admit that we made a mistake and we are sorry for that,” one of the young men told Matabalao in a video livestreamed on Facebook.

They identified their other companions, and Matabalao ordered that they be brought to him immediately.

For misbehaving, Matabalao told the young men to do community service and clean the streets in an area in downtown Cotabato. – Rappler.com