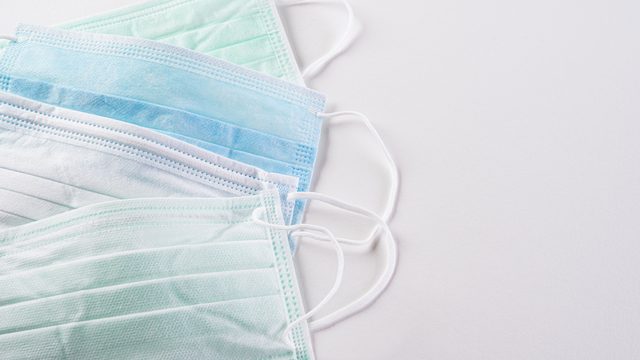 Facebook Twitter Copy URL
Copied
'One moment, they're strict about these rules when it concerns the President; the next, they allow the public to stop wearing face masks,' says Cagayan de Oro Chamber of Commerce and Industry president Raymundo Talimio Jr.

“All we’re asking is for the government to be cautious, and give it a little more time,” said Cagayan de Oro Chamber of Commerce and Industry (Oro Chamber) president Raymundo Talimio Jr.

Talimio said local businessmen were apprehensive about an earlier announcement that Marcos was about to sign an executive order to make the wearing of face masks indoors voluntary, adding that it smacks of double standards.

Talimio said the Marcos administration was inconsistent with its rules and the messages it sends to the public.

“One moment, they’re strict about these rules when it concerns the President; the next, they allow the public to stop wearing face masks,” he said.

For instance, Talimio said, he and other Cagayan de Oro business leaders were required to get tested for COVID-19 as officials imposed stricter health rules when Marcos addressed the 48th Philippine Business Conference and Exposition 2022 at the Manila Hotel on October 20.

He also pointed out that Marcos and other officials put face masks on when they visited Davao City on Thursday to grace the groundbreaking ceremony for the P23-billion bridge project that would link Davao and Samal Island.

“These are contradicting messages we are getting from the government. They don’t want the President to catch the virus and yet they allow the masses to get exposed to it. It’s like they are saying it’s okay for the masa to take risks, but the rules suddenly change when it comes to the President,” Talimio said.

He said Malacañang’s position was also inconsistent with the Department of Health’s appeal to the public continue wearing face masks.

“What we know is that we’re still in a pandemic, and there are new variants that appear to be fast-spreading and immune-evasive. We’re not yet cleared,” Talimio said.

He said the last thing the business sector wants is another surge in COVID-19 cases, and for the government to be forced to impose another round of restrictions because that would hurt the economy again.

“November 1 and 2 are coming and then we will have the December holidays. It wouldn’t hurt if the government gives the face mask rule some more time. I hope they listen to science,” Talimio said.

On Tuesday, October 25, Tourism Secretary Christina Frasco said Marcos was set to sign an executive order to make indoor masking voluntary, and that the only exceptions would be public and medical transportation, medical facilities, the unvaccinated, the elderly, and people with comorbidities.

“Generally, the direction of the Marcos administration is to lift the remainder of travel restrictions, and that includes easing our mask mandates to allow our country to be at par with our ASEAN neighbors who have long liberalized their mask mandates,” Frasco had said.

“What do the experts say? I would go with their position because that is their expertise, and they know what’s best,” Goking said.

Philippine College of Physicians past president Dr. Maricar Limpin had earlier urged the government to slow down on easing pandemic restrictions. – Rappler.com