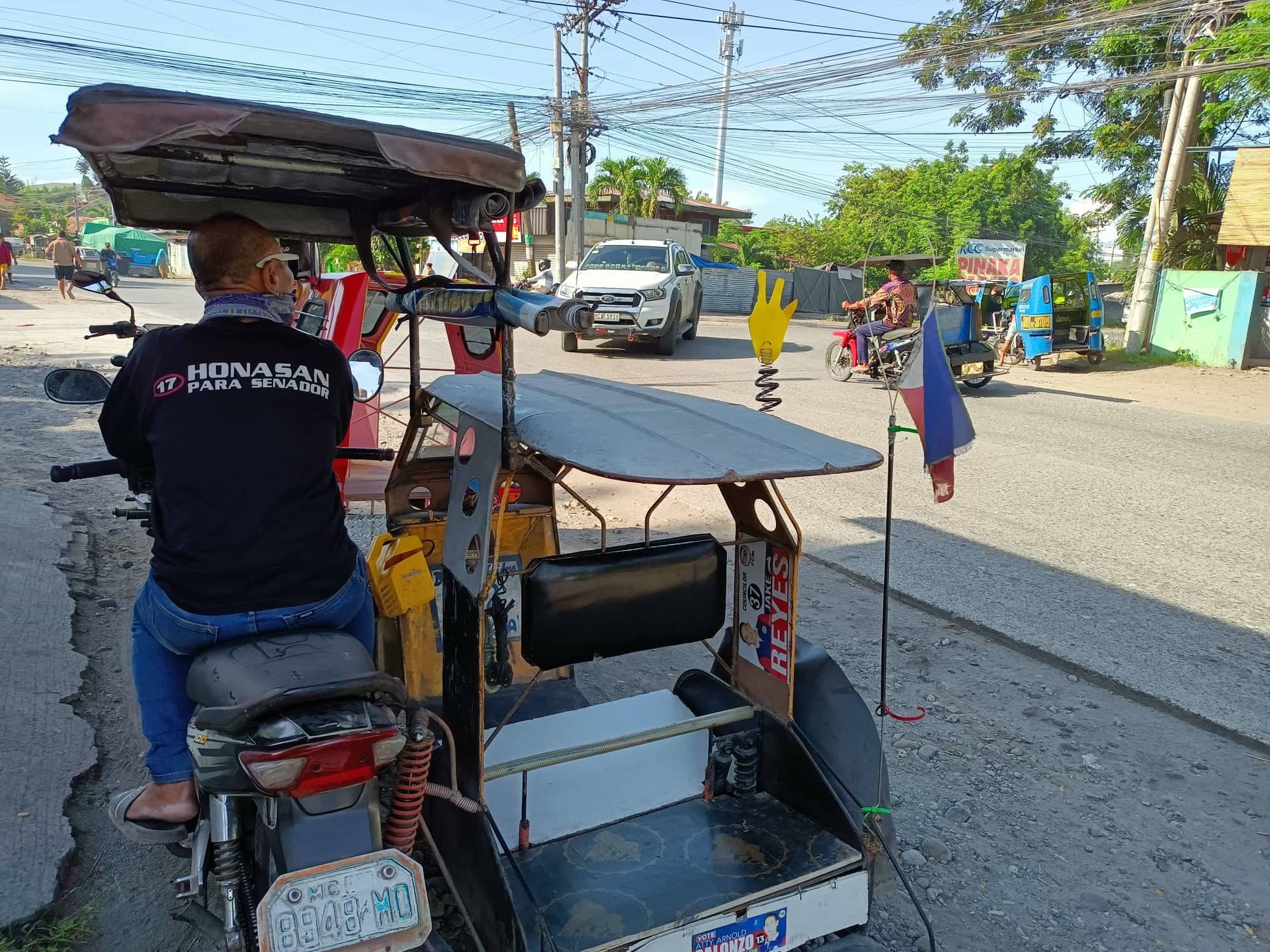 CROSSROAD. A tricycle driver waits for passengers near a road junction in General Santos City. Some local officials are proposing to rename more than a dozen streets and roads after other cities and provinces with sisterhood ties with General Santos.

GENERAL SANTOS CITY, Philippines – Local officials drew flak as they moved to rename more than a dozen General Santos streets after provinces and cities in the country and overseas on Wednesday, September 7.

The separate proposals came from the Tourism Division of the General Santos City Economic Management and Cooperative Development Office, and given a push in the City Council by Councilor Elizabeth Bagonoc.

If approved, two streets would be renamed after cities in South Korea and Australia, and 12 others after provinces and cities in the country that forged sisterhood agreements with General Santos.

A tricycle driver protested: “That’s chaotic! That would be confusing.”

“How can we instill historical sense and pride in the younger generations if we keep on renaming our roads and streets?” asked local media worker Jun Mendoza.

Gilbert Pangamal, a fish vendor from Barangay Bawing, said city hall might as well rename the streets after different fish varieties since General Santos’ economy was built on fishing.

Councilor Bagonoc said several proposals to rename the streets have long been gathering dust at the City Council’s tourism, culture and arts committee which she now chairs.

“I just inherited it,” she said.

But Bagonoc said renaming the streets after other cities and provinces would be consistent with the thrust of the administration of General Santos Mayor Lorelie Pacquiao to strengthen the city’s sisterhood and economic ties with other places.

She pointed out that a General Santos park was named after Hadano City in Japan after the two cities forged a sisterhood agreement.

Bagonoc said one General Santos street was also named after Jersey City in the United States.

She said she brought the proposed renaming of streets to the City Council so they could be scrutinized, and the pros and cons weighed.

The following are the proposed street names:

Guidelines provided by the National Historical Commission of the Philippines (NHCP) states that a public place cannot be renamed if the current name has attained a degree of historical association.

It also provides that the historical significance and aesthetic unity must be considered in the naming and renaming of streets. – Rappler.com