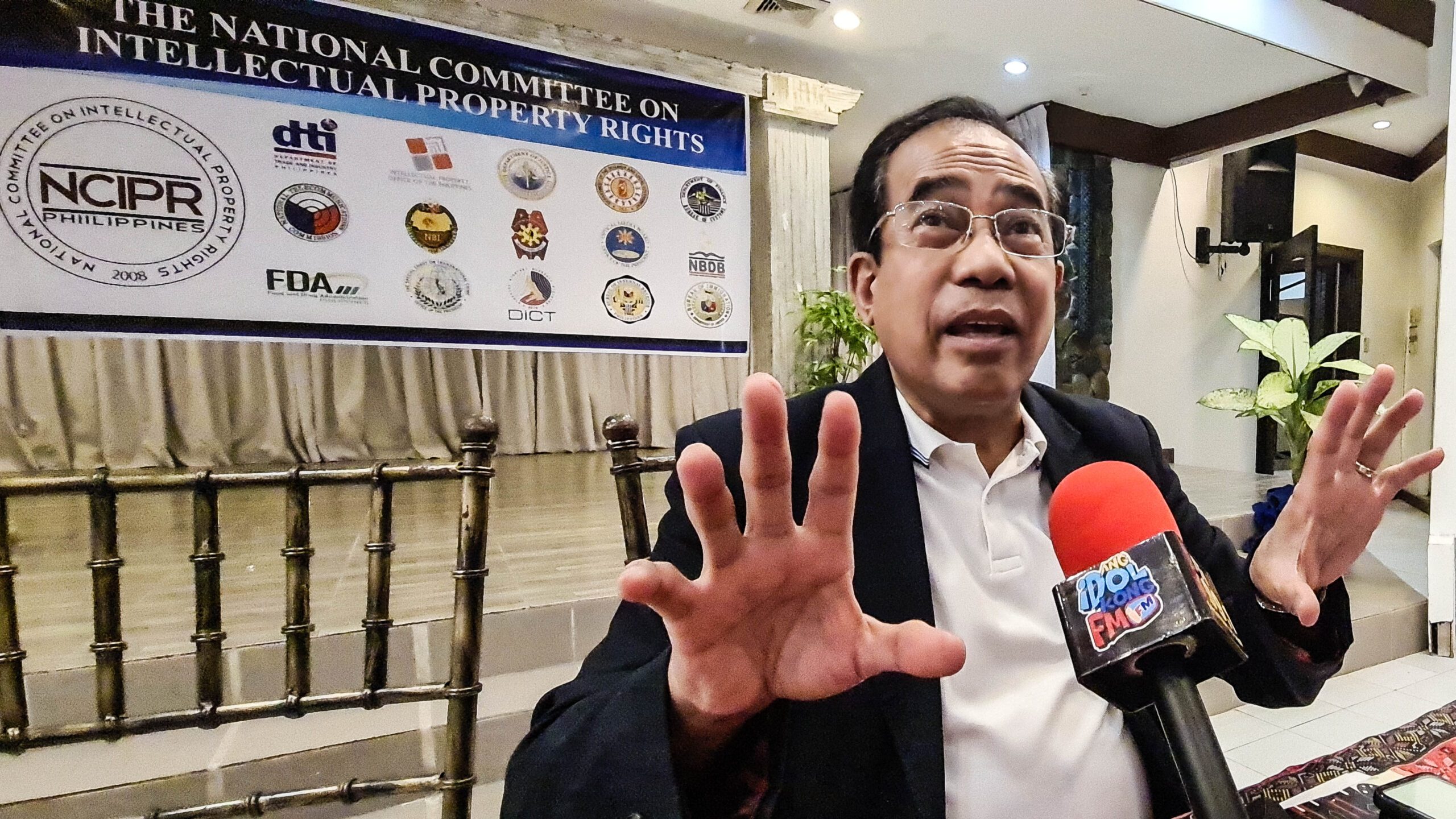 CALL AGAINST COUNTERFEIT GOODS. Intellectual Property Office of the Philippines Deputy Director General Teodoro Pascua gestures as he urges local governments to help in the fight against the proliferation of pirated goods that have been flooding the Philippine market.

Facebook Twitter Copy URL
Copied
Many of the counterfeit products come from China, Bangladesh, and Vietnam, says the Intellectual Property Office of the Philippines

The Intellectual Property Office of the Philippines (IPOPHIL), an agency attached to the Department of Trade and Industry (DTI), told a news conference in the city on Wednesday, August 17, that it was alarmed over the deluge of counterfeit goods in Cagayan de Oro and elsewhere in the country.

Many of the counterfeit products that have flooded Cagayan de Oro and other regional capitals were sneaked into the country from China, Bangladesh, and Vietnam, according to IPOPHIL Deputy Director General Teodoro Pascua.

He said it was about time that local governments strictly enforced Republic Act No. 8293, otherwise known as the Intellectual Property Code of the Philippines.

“The government is losing income because of this. In 2018 alone, the government confiscated P23 billion worth of fake items,” Pascua said.

He said P20 billion more were seized in 2019, and the amount further went down to P9 billion in 2020, a reduction he attributed to the crippling months of the COVID-19 pandemic.

As stores selling counterfeit clothing brands and other fake products continued to sprout and were left unchecked, the advent of online shopping made law enforcement more complex, officials said.

Local governments, Pascua said, need to go beyond passing resolutions and ordinances against piracy by going after those who sell fake products in their localities.

Pascua said business establishments should be warned against selling counterfeit products before they are issued permits, and violations should result in the revocation of licenses so that it would be seen as a high-risk undertaking.