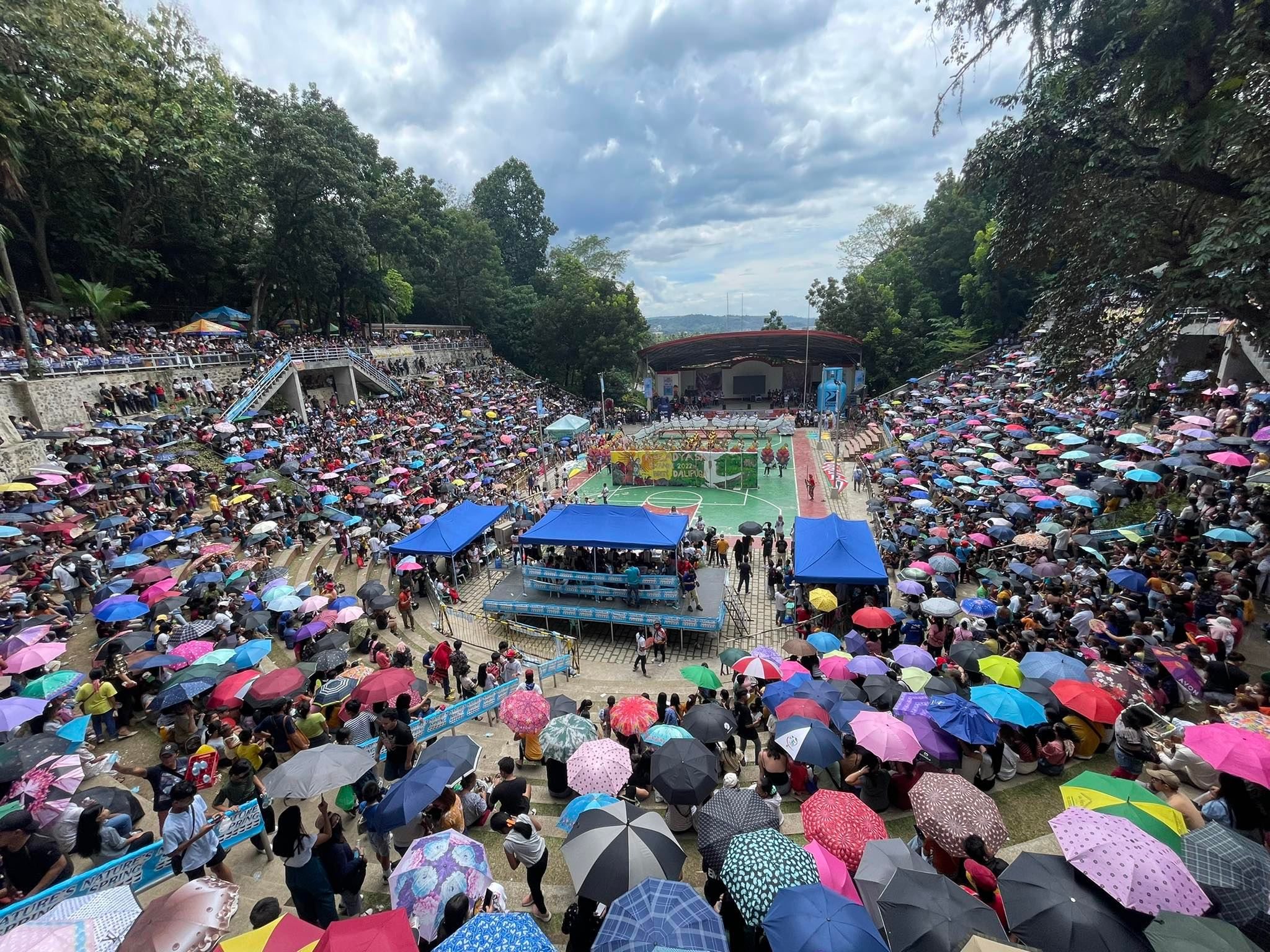 AFTER THE STREET PARADE. A crowd gathers at the Iligan Amphitheater hoping to see more on Tuesday afternoon, September 27, hours after a long parade in downtown Iligan City.

Facebook Twitter Copy URL
Copied
Thousands lined up to watch the parade that snaked through an approximately 2.5-kilometer stretch in Iligan City

ILIGAN CITY, Philippines – Iligan broke its record this month as it staged Northern Mindanao’s biggest fiesta parade so far in two years on Tuesday, September 27, two days before the citywide feast in honor of the predominantly Catholic city’s patron saint, Michael the Archangel.

Officials said the crowd was bigger than that of the September 20 Pagpakanaug (descent) parade.

Just like the Pagpakanaug, the Kasadya sa Diyandi (roughly translated as thanksgiving merrymaking) was seen by many as a “revenge parade” in the city that admitted Mindanao’s first COVID-19 patient in 2020, and where all outdoor fiesta activities were called off in the last two years.

Iligan’s September 20 and September 27 parades were the biggest fiesta gatherings so far in Iligan and Northern Mindanao since the beginning of the COVID-19 pandemic in 2020, surpassing even Cagayan de Oro’s fiesta crowd in late August.

Tuesday’s 12-contingent street dancing and other merrymaking lasted for hours, from 7:30 am to 2 pm.

The police and military fielded troops to secure strategic areas in the city, and authorities jammed telecommunication signals in downtown Iligan during the merrymaking.

The security forces alone, including civilians who served as “force multipliers” during the parade, reached at least 3,000, local officials said.

Iligan City administrator Darwin Manubag said the fiesta parade was a success despite a relatively short preparation period, and the crowd was beyond expectations.

Jimmy Sale, a barangay chairman, said the parade was a time to celebrate and thank the city’s patron saint for “saving us during the crucial period of the pandemic,” and in times of natural disasters.

Siao, who was elected as the city’s new mayor last May, said he was overjoyed to see Iligan celebrating its annual fiesta the way the city did during pre-pandemic times. – Rappler.com