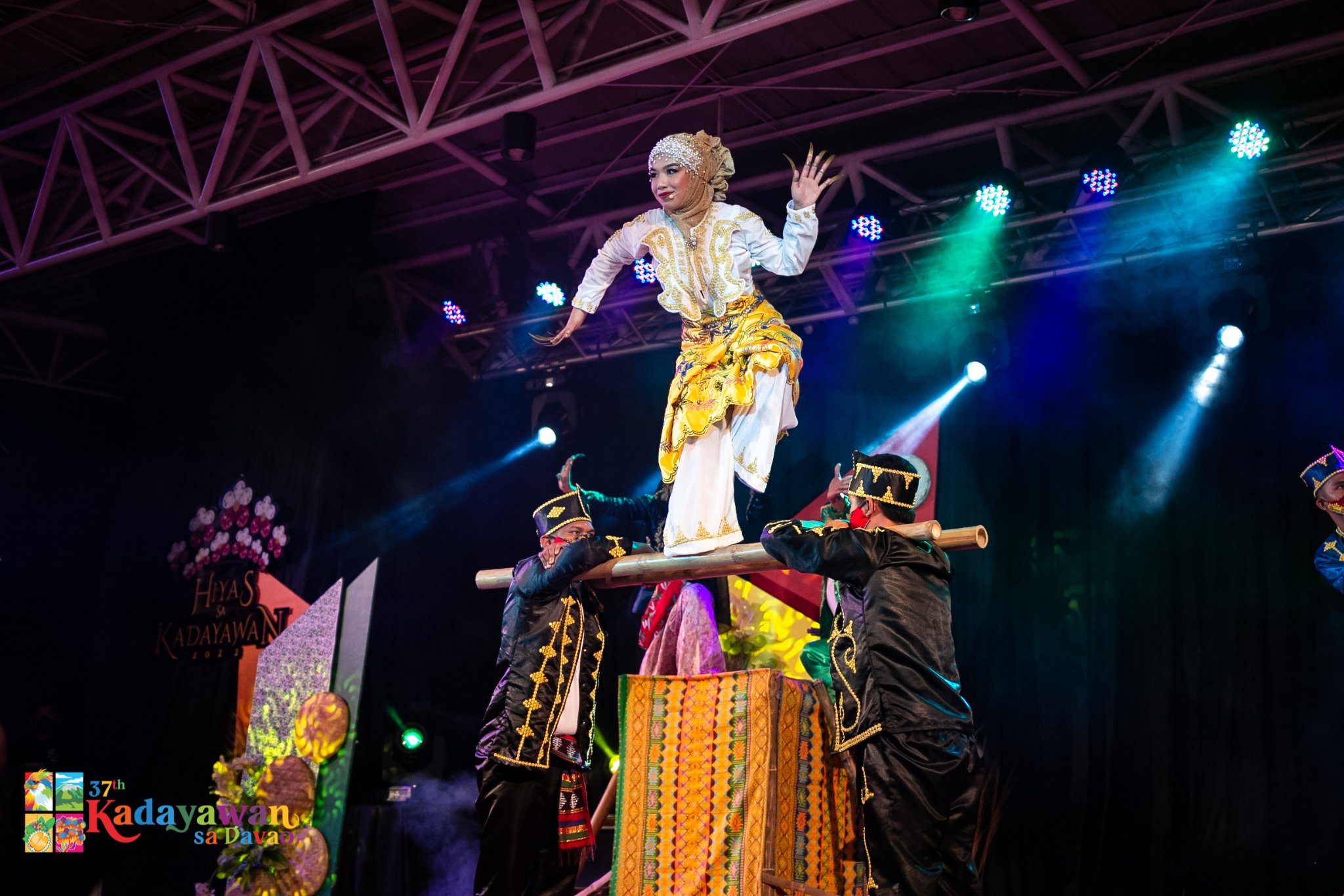 TALENT. A pageant contestant perform during a talent competition at Bantawan Amphitheater in Magsaysay Park, Davao City. on August 6.

Facebook Twitter Copy URL
Copied
Davao City logs 974 active COVID-19 cases in 14 days, but the majority of the infected are either asymptomatic or have mild symptoms

BUKIDNON, Philippines – After two years of celebrating the Kadayawan Festival online because of the pandemic, Davao City has opened it in public spaces to give the local economy a boost despite increasing cases of COVID-19 infections.

Dr. Michelle Schlosser, the spokesperson of Davao’s COVID-19 Task Force, said local health authorities logged 974 active COVID-19 cases in 14 days, but the majority of the infected were either asymptomatic or had mild symptoms.

She said only 13 of the 974 people who contracted the virus were considered moderate to critical cases.

“Despite the numbers we have right now, Davao City is still generally classified as low risk. We’re not yet seeing a surge,” Schlosser told the Davao City Disaster Radio on Wednesday, August 10.

Authorities, however, placed three urban villages – Barangays 13-B, 16-B, and 34-D – under the high-risk category while 21 others were classified as moderate-risk areas.

Schlosser said Davao would proceed with the Kadayawan Festival which would culminate on August 20 and August 21.

Davao officials expect more crowding and mass gatherings in the days leading to the culmination of the two-day festival.

“We beg everyone, including visitors, to observe minimum public health standards,” said Schlosser, adding that the most basic is the wearing of face masks, frequent hand sanitation, and COVID-19 vaccination.

Local officials worry about more COVID-19 infections as a result of merrymaking, and the start of face-to-face classes in public schools on August 22, a day after the Kadayawan.

Private schools in Davao already started hybrid face-to-face and online classes on August 8. Outside one of Davao’s universities that day, students queued along the streets as they entered the campus.

City hall estimated that at least 50,000 people already took part in a series of festival events that started with the opening of the Kadayawan Village at Magsaysay Park on August 6. The Kadayawan Village showcases the traditions and cultures of 11 ethnolinguistic groups in Davao.

“Many are still afraid to go out as the pandemic is still here. However, I am encouraging people to go out, especially if you’ve been vaccinated, provided that you keep your masks on and your hands sanitized,” said Duterte.

He said the decision to hold face-to-face festival activities was based on Davao’s experience during the last election period.

There was no surge in COVID-19 infections in the city during the elections, he said.