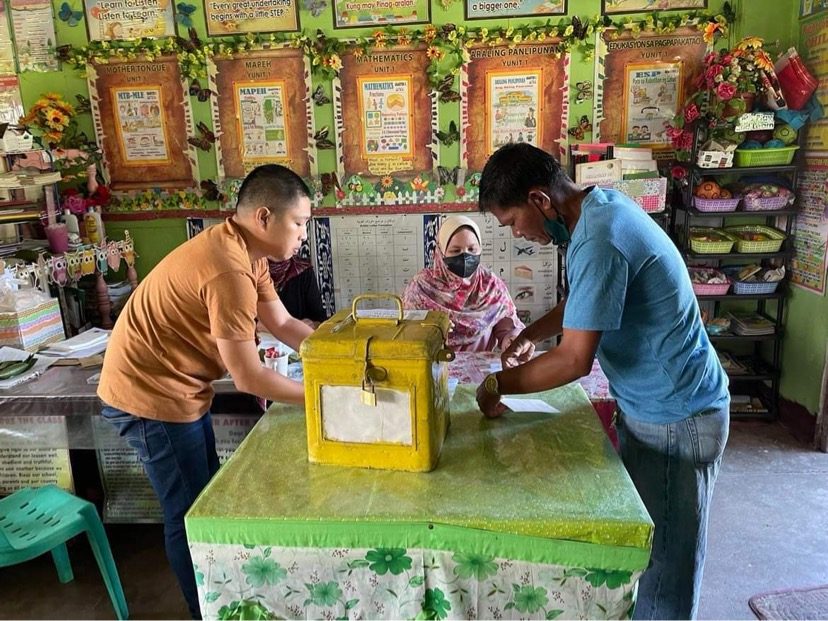 Facebook Twitter Copy URL
Copied
(1st UPDATE) The manual counting of ballots begins after the closing of polls, but it may take another 24 hours to know how Maguindanaoans decided on the proposed split of their province into two

MANILA, Philippines – The eight-hour plebiscite in Maguindanao came to a close at 3 pm on Saturday, September 17, but the fate of the province in connection with its proposed split into two will not be known until Sunday, September 18.

In a press conference after the closing of polls, Commission on Elections (Comelec) spokesperson Rex Laudiancgo said they expect voter turnout to surpass 70%. As of midday, 56% of the province’s 819,780 registered voters had participated in the plebiscite.

The development came after election watchdog National Citizens’ Movement for Free Elections (Namfrel) said that there was a “very low turnout of voters” in some areas in the morning. 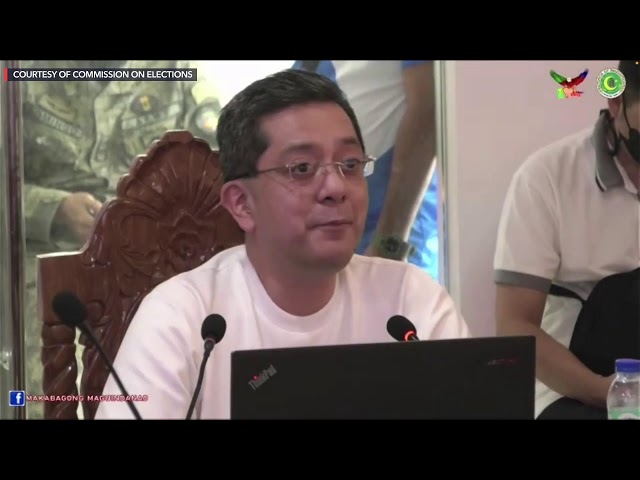 After the closing of polls, plebiscite committees in every clustered precinct began manually counting the ballots, before producing election returns (ERs) that were submitted to the municipal board of canvassers (MBOC).

Some of the certificates of canvass (COCs) that will be generated at the municipal level around Saturday night might not be received by the provincial board of canvassers (PBOC) until Sunday morning due to security, safety, and logistics concerns.

The PBOC will tally the COCs on Sunday morning, and announcement of plebiscite results is expected before noon, Comelec Chairperson George Garcia said.

Hours before the closing of polls on Saturday, authorities said no major hiccups or untoward incidents were observed so far in the conduct of the plebiscite

Poll watchdog Legal Network for Truthful Elections (Lente), which has volunteers on the ground, also added that teachers serving as poll workers arrived on time, although it noted some issues on the lack of voters assistance desk, reports of missing names in voter lists, and the presence of security forces inside voting centers despite a prohibition under the Omnibus Election Code.

During the plebiscite, Maguindanao voters were asked whether they agree to divide their province into Maguindanao del Norte and Maguindanao del Sur, in accordance with a 2021 law signed by then-president Rodrigo Duterte.

If the “yes” vote wins, that measure will effectively be ratified, paving the commencement of the province’s split.

Maguindanao Governor Bai Mariam Sangki-Mangudadatu will be able to keep the title, but she will lead only residents of the new Maguindanao del Sur.

Local officials have been predicting a win for the “yes” vote campaigners, amid lack of vocal opposition to the province’s split.

Advocates for Maguindanao’s division said a split would make basic services such as health care, education, and transportation accessible to residents, especially those who live in remote areas. – Rappler.com