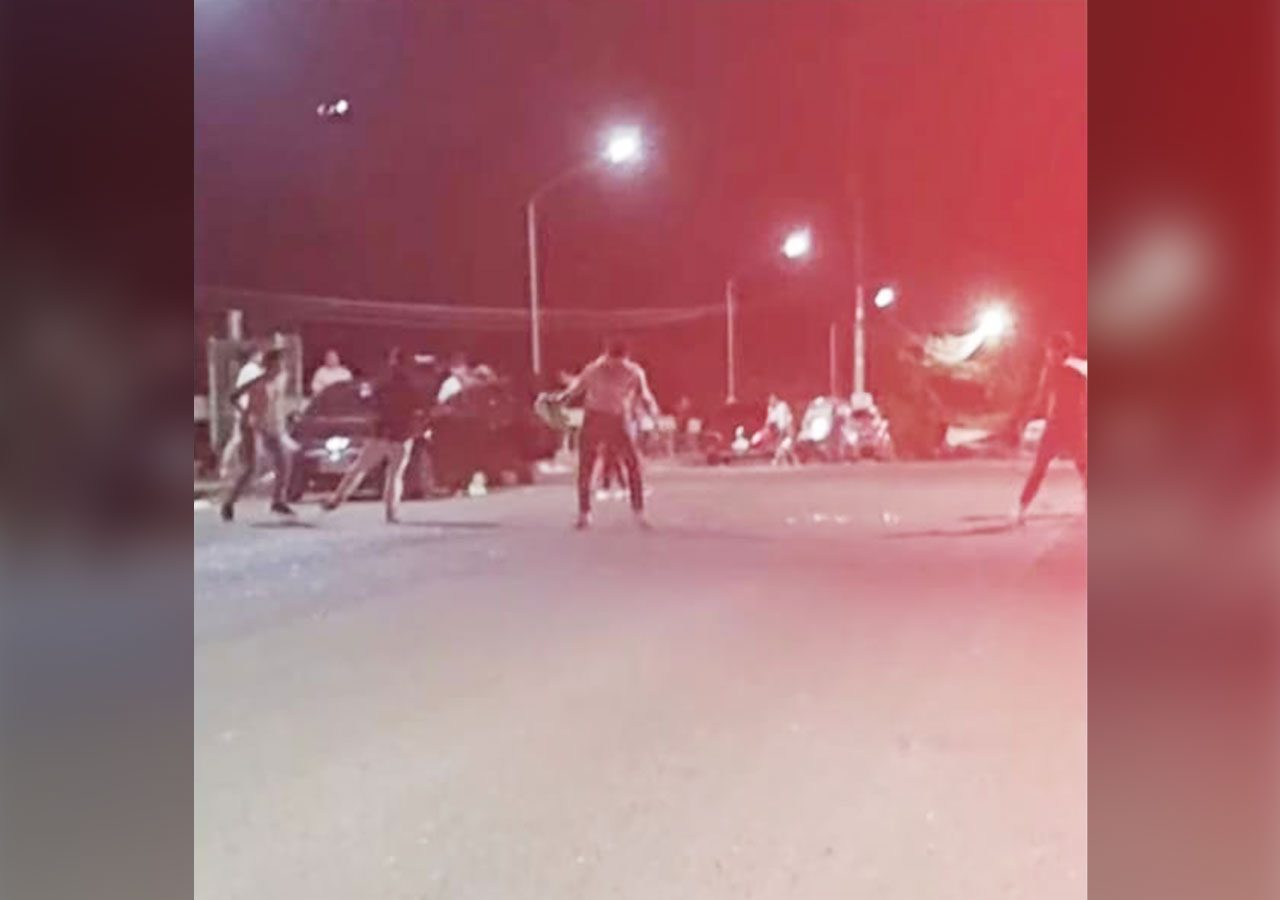 DEADLY BRIDGE RIOT. Two groups of young people figure in a riot on a Cagayan de Oro bridge over the weekend. A video of the incident that ended with a man getting killed and several others hurt went viral on social media.

Facebook Twitter Copy URL
Copied
Officials blame the non-enforcement of a city law that prohibits drinking binges in public places for the October 9 dawn riot. A young man was killed and others hurt after a driver plowed through the group.

CAGAYAN DE ORO, Philippines – Cagayan de Oro Mayor Rolando Uy on Tuesday, October 11, ordered a police manhunt against a 27-year-old man who killed one person and hurt several others when he drove a car through a group of young people during a riot on a bridge in Cagayan de Oro over the weekend.

City councilors also expressed outrage on Monday, October 10, and called for a review of a 1995 ordinance that penalizes loitering and drinking binges in public places such as bridges.

Officials blamed the non-enforcement of the city law that prohibits drinking binges in public places for Sunday dawn’s brawl between two groups at the Emmanuel Pelaez Bridge in Taguanao in the village of Indahag.

The riot ended with a member of a prominent Cagayan de Oro clan, 27-year-old Stephen Neri, allegedly ramming through a group, police said.

A video of a black Hyundai Accent sedan speeding off and hitting several people during the scuffle went viral on social media.

Police said 26-year-old Paul John Levita died after he was hit, while 22-year-old Rufus Levita is struggling for life at the state-run Northern Mindanao Medical Center (NMMC) as of this posting.

Police said two others – Jhane Valerie Canonero, 18; and Prince Lopez, 19 – also suffered injuries and were rushed to a hospital.

“The suspects must be arrested right away. The police should not waste any time in arresting them,” the mayor told Cagayan de Oro City Police Office chief Colonel Aaron Mandia.

Mandia said Neri was no longer in his house in Muco, Zayas in Barangay Carmen when the police came.

Lieutenant Colonel Ivan Viñas, the spokesman of the city police, said there were feelers that Neri would turn himself in on Tuesday.

“Since it did not happen, the police would continue working to find him,” Viñas said.

Lawyer Jose Edgardo Uy, the head of city hall’s Regulatory and Compliance Board (RCB), said the case should serve as a stern warning against violators of the ordinance on loitering and drinking binges in public.

“We must set an example, and not compromise. Let these suspects suffer the consequences of their actions,” Uy said.

Councilor James Judith took a swipe at the police and barangay officials for their failure to enforce the ordinance and keep places like bridges drinking binge-free.

“The police cannot say they weren’t aware of the city ordinance. It’s their job to know our ordinances and enforce these,” he told Rappler.

He said the suspects as well as the victims should be held accountable for violating the ordinance.

Jail time should also be increased from one day to a month to 30 days to six months at the discretion of courts, he said.

“What we have right now is an ordinance against loitering and drinking alcoholic beverages in public places that’s soft when it comes to penalties. The punishment is very light so that offenders can easily get away, and laugh at us,” Judith said. – Rappler.com