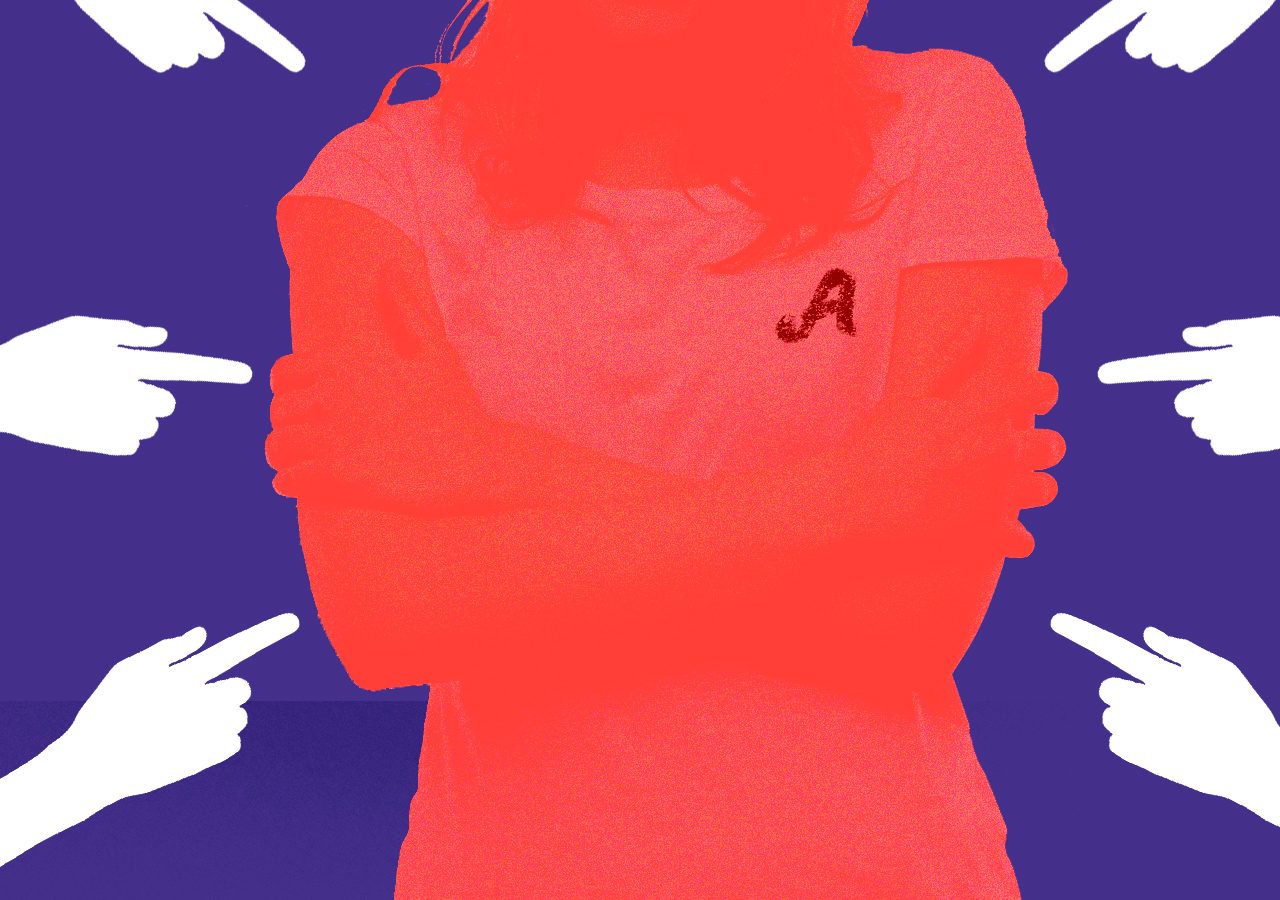 The town council members voted five to four, declaring the twenty-something woman from Datu Piang in Maguindanao unwanted in Matalam town, an official act seen as the equivalent of giving the woman a scarlet letter.

Matalam Vice Mayor Ralph Ryan Rafael said the declaration was “a mere manifestation of the Council’s majority’s sentiments on the matter.”

Controversial videos of the woman, who has become known as “Ate Yellow Girl,” and the boys gyrating and dry humping in public went viral on social media.

The estranged wife of a policeman expressed remorse, but protested the Matalam town council’s persona non grata declaration, saying it was too much and reeked of double standards.

She said she was singled out, and the town council did not include the organizers of the dance contest which was part of a village fiesta motorcycle show in Barangay Lampayan, Matalam town on September 25.

“They had a hand in what had happened,” she said.

“Ate Yellow Girl” pointed out that there were other performers and contestants, and barangay officials merely watched while she and the young men were performing.

Rafael said the young men who danced with the women were underaged and were referred to social workers for psychosocial care.

Officials of the barangay and the village’s Sangguniang Kabataan were summoned by the town council to shed light on what had happened, he said.

But Rafael said the town council cannot serve as a quasi-judicial body and sanction the barangay officials unless a complaint is filed against them.

He said the incident brought shame to their town.

“I would like to emphasize that indecency and obscenity are not welcome in our municipality,” Rafael said.

The mother of three said she has been receiving death threats, and feared for her life.

She said she regretted what she did and was trying to recover from the trauma she suffered as a result of bashings.