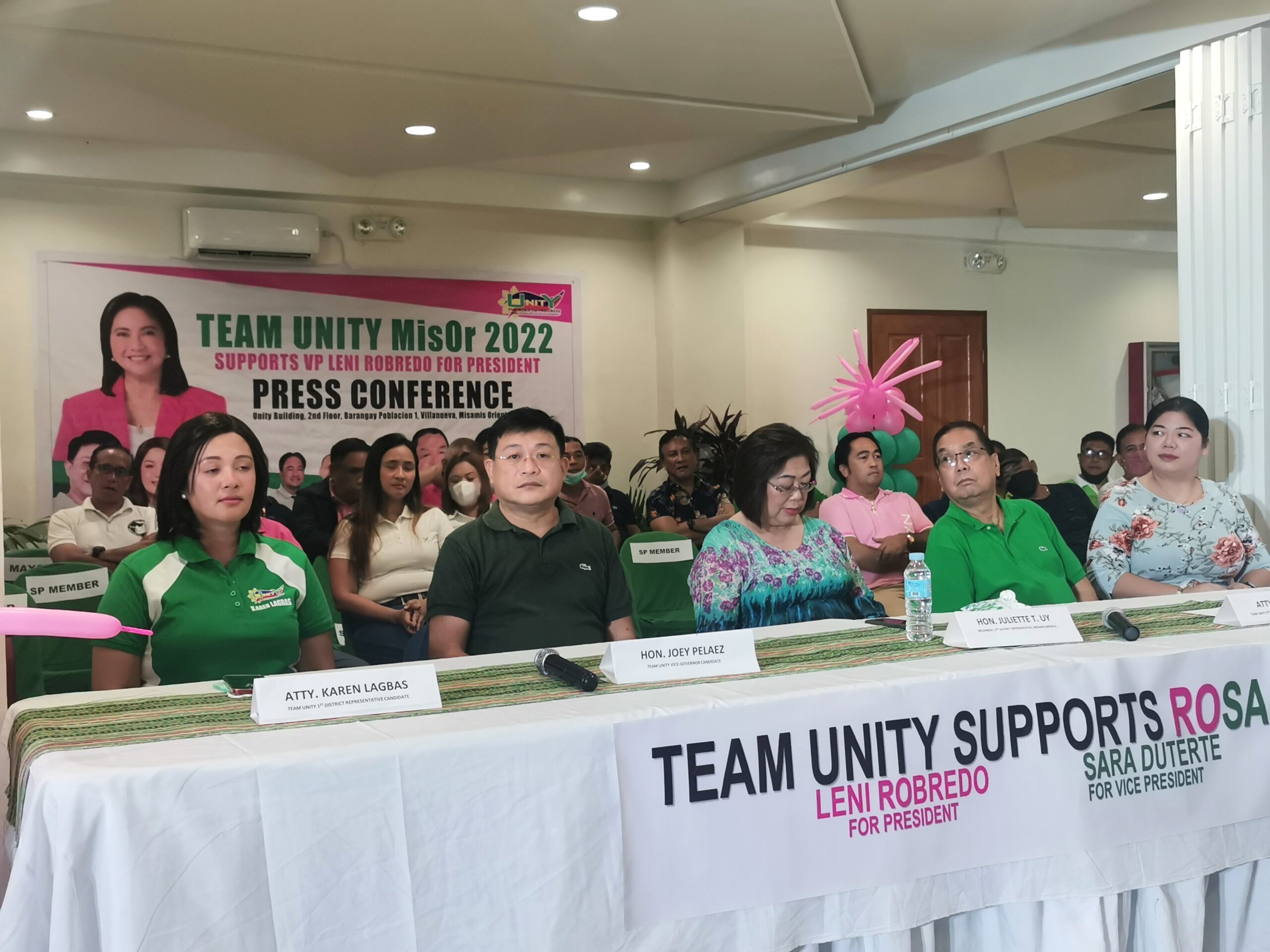 Uy is the second of Misamis Oriental’s candidates for governor who committed to campaign for Robredo. 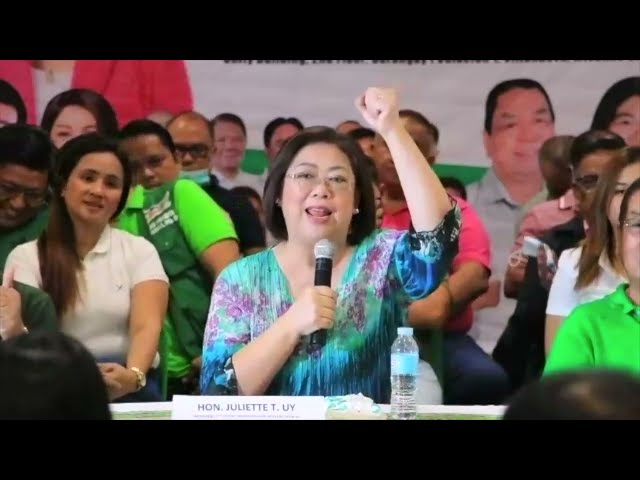 The first was Cagayan de Oro Mayor Oscar Moreno who, like Uy, launched on Friday his campaign for the governorship, a seat he held for nine years before his election as city mayor in 2013.

Uy, a member of the National Unity Party (NUP), was joined by her husband Julio, a former vice governor of the province, in a press conference called to make the announcement. Julio is running for congressman in the 2nd District.

“Finally, we can declare what we wanted to say all along, that we are behind Vice President Leni Robredo,” said Lagbas.

A group of barangay officials also came to declare their support for Robredo.

“The situation is abnormal, and party lines have been blurred. The candidates are all good, but we go for Leni Robredo because of her integrity,” said Julio Uy, the leader of the NUP in Misamis Oriental.

He said his group was being consistent, pointing out that they supported Robredo in 2016 when she ran for vice president against the late dictator’s son, former senator Ferdinand “Bongbong” Marcos Jr.

Juliette said the NUP leadership allowed her and her group in the province to choose their top bets.

“They (Robredo and Duterte) are both lawyers. Both are credible,” she said.

The congresswoman said she won’t be happy supporting another presidential candidate other than Robredo.

“I know her. We traveled together. We shared one room. She is a simple and virtuous woman, and hard-working,” she said.

Uy’s daughter, Villanueva Mayor Jennie Mendez, said the years of a smear campaign against Robredo was a test of her character and patience.

“She is deserving of our support,” Mendez said.

“We are choosing not based on popularity, but on what is right and good for the country,” said Pelaez.

He expressed exasperation at the lies, historical distortions, and Robredo’s character assassination on social media which, he said, factored in their group’s decision. – with reports from Herbie Gomez/Rappler.com