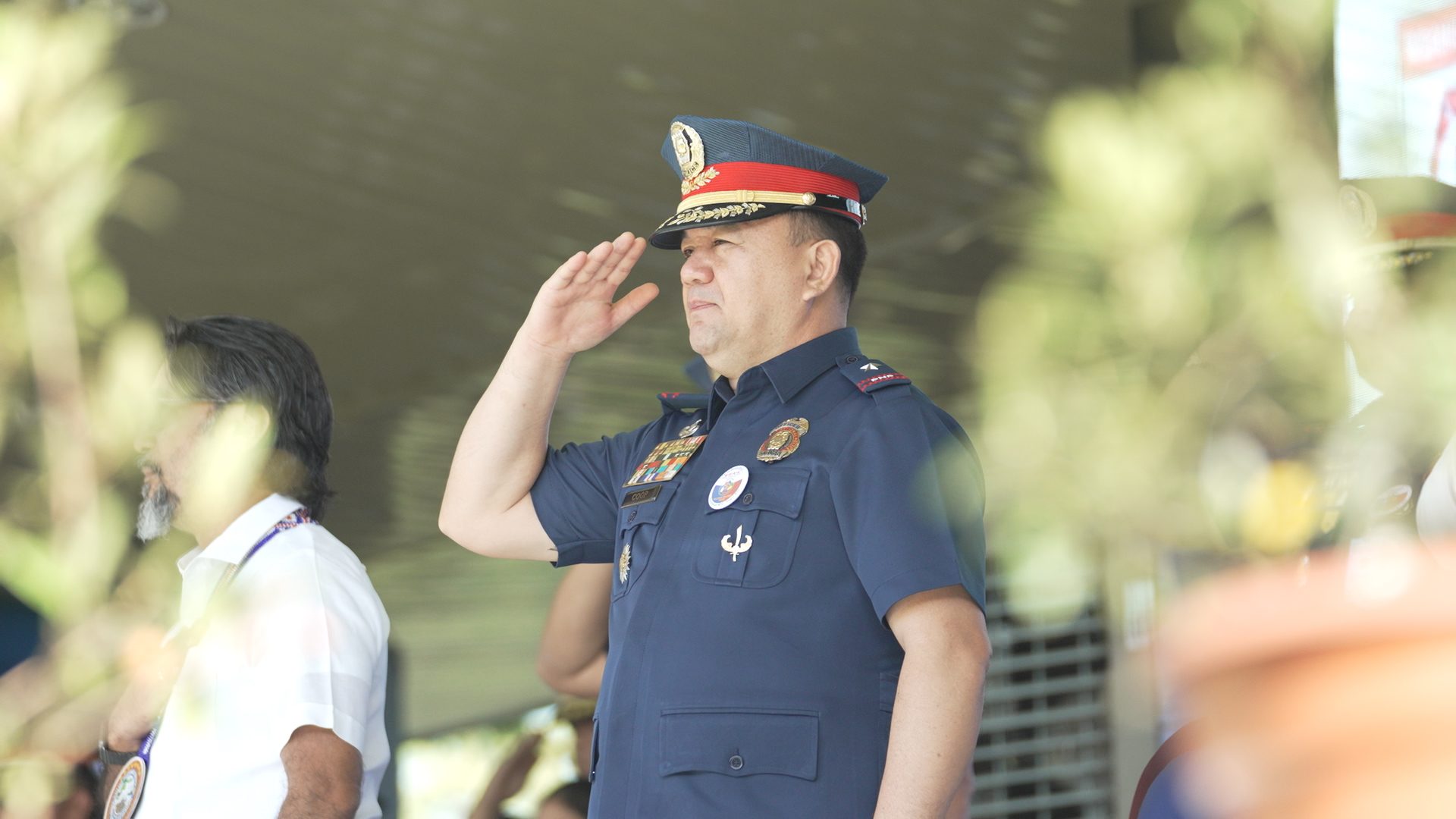 Facebook Twitter Copy URL
Copied
'We know that if the President accepts it, then that’s it,' says Lawrence Coop, Northern Mindanao's police chief

CAGAYAN DE ORO, Philippines ― Northern Mindanao’s 21 police brigadier generals and colonels tendered their courtesy resignation on Monday, January 9, after a command conference which the region’s police chief admitted left many of them in a state of uncertainty.

In the Zamboanga Peninsula region, more than a dozen police officials would tender their courtesy resignation on January 10, according to Colonel Glenn Dulawan, Zamboanga del Norte’s police director. The region has two police generals and 17 colonels.

“It was a unanimous decision for us to submit our courtesy resignation from the service… If the President accepts our resignation, then we will process our papers to leave the service,” Northern Mindanao police director Brigadier General Lawrence Coop told reporters.

Coop said the decision to offer their resignation was a challenge, but the region’s highest-ranking police officials – two brigadier generals and 19 full-fledged colonels – reached a consensus to heed the call of Interior Secretary Benhur Abalos as part of the Marcos administration’s internal cleansing efforts in the Philippine National Police (PNP).

Abalos earlier decried the alleged involvement of ranking PNP officials in the illegal drug trade, saying it was like being shot in the back by supposed allies in the government’s war on drugs.

Coop said some officials had apprehensions about submitting their courtesy resignation because “we know that if the President accepts it, then that’s it.”

He said it was normal for anyone to worry given that a decision to accept a resignation is likely unappealable.

He added, “But we are confident about ourselves, knowing that we do not have anything to do with drugs. That’s why we accepted the challenge to support the intention of the secretary (Abalos) and give the organization the chance to be cleansed.”

Coop said Northern Mindanao’s police generals and colonels were entrusting their fate to a committee which, he said, they were optimistic would be ”people with impeccable integrity who would conduct a fair evaluation.”

“This is a good thing so that we can restore public trust in the PNP and we can function better afterward,” he said.

Colonel Glenn Dulawan, Zamboanga del Norte police director, told Rappler he and the rest of Zamboanga Peninsula’s key police officials would submit their signed courtesy resignation letters and themselves to the Department of the Interior and Local Government (DILG).

Dulawan said all the region’s police generals and colonels signified their intention to heed Abalos’s call as early as last week.

He said he understood why Abalos made the call for courtesy resignations given the gravity of the country’s problem with illegal drugs which he has seen in his work to catch drug lords, dealers, and users since 1999.

Dulawan pointed out former president Rodrigo Duterte had named several police officials with alleged links to the illegal drug trade, some of whom were even assigned to Zamboanga del Norte.

In 2017, the House of Representatives Committee on Dangerous Drugs looked into the bloody war on drugs, and a confessed hitman, Rolly Daligdig, subsequently alleged that policemen and local officials were involved in the illegal drug trade in Zamboanga del Norte.

Daligdig, who was placed under the Department of Justice’s Witness Protection Program, used to work for a local government and served as a police “asset.” – Rappler.com