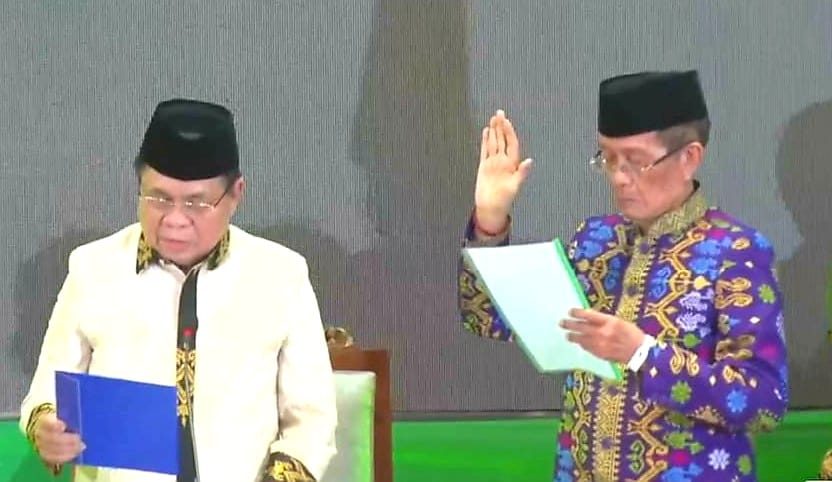 Ebrahim initially presided over the parliament’s first session since its new set of members – 49 of the 80 have been serving in the BTA since 2019 – took their oath of office before President Ferdinand Marcos Jr. a month ago.

Balindong, 82, has been the parliament speaker since 2019 when the BARMM replaced the now-defunct Autonomous Region in Muslim Mindanao (ARMM).

The speaker has held numerous positions in government for years, and he even served as deputy speaker for Mindanao of the House of Representatives.

Members Raby Angkal and Abdulgani Caludtiag were reelected as Parliament secretary-general and sergeant-at-arms, respectively, while Sha Elijah Dumama-Alba was elected as the majority leader.

Their election as leaders of the parliament came hours before Marcos’ visit to Cotabato City, the seat of the BARMM government, to address the officials of the caretaker BTA.

Ebrahim, Balindong, and the other BTA members would serve as caretakers of the BARMM until the region holds its first elections in 2025.