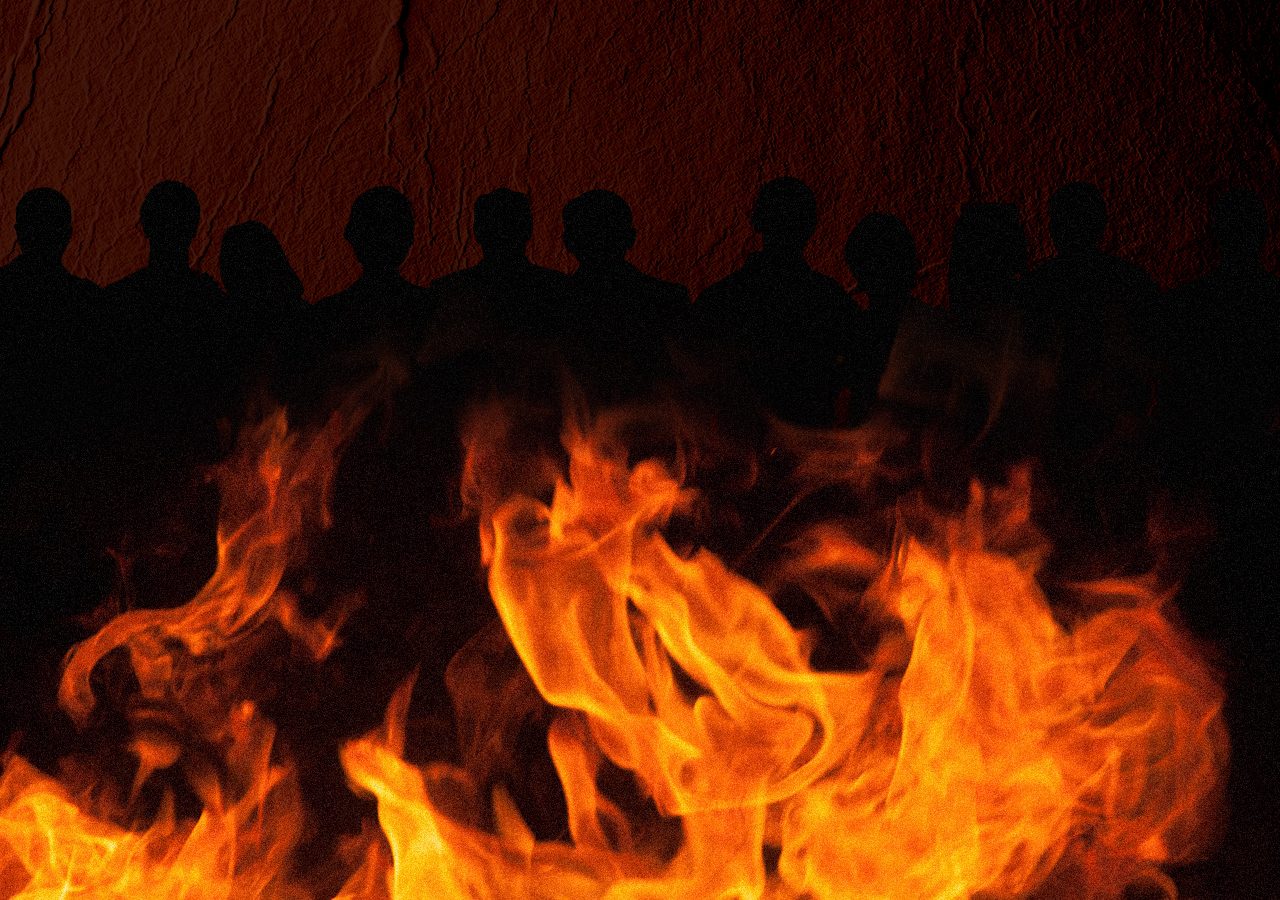 Facebook Twitter Copy URL
Copied
PBCM leader Charlito Eugenio distances their group from the suspects. He condemns their actions as 'evil' and contrary to what their late founder preached.

CAGAYAN DE ORO CITY, Philippines – Police have filed a parricide complaint against 11 people who killed their 84-year-old matriarch in a brutal cult ritual in Balingasag town in eastern Misamis Oriental.

The complaint was submitted to the Misamis Oriental Provincial Prosecutor’s Office on Tuesday, August 30, the same day the victim, Teofila Camongay-Cabusas, was laid to rest in the town’s cemetery.

The elderly woman died of third-degree burns in a hospital in Balingasag town over the weekend, shortly after her relatives threw her into a pile of burning wood supposedly to purge her of her “great sins.”

Among those named in the complaint is the cult’s 21-year-old leader, Crisanto Ercilla, who allegedly gave the order to burn his grandmother after he beat her up in a close-knit community in the village of Baliwagan.

The others named in the complaint are the following:

Reymer and Charlie are the Ercilla siblings’ cousins, and also Teofila’s grandchildren.

The Rotula brothers are the only suspects who are not members of Teofila’s clan. Police said Jeramil is the partner of Crisanto’s mother Jocelyn while Jesser is Jeramil’s brother.

PBCM: ‘Evil works have nothing to do with us’

Police said Crisanto and the other suspects are members of the Philippine Benevolent Christian Missionaries (PBCM) based in Jasaan, a town next to Balingasag where the crime took place.

The PBCM, a relatively small conservative group that exercises some political influence in Misamis Oriental, is known for some unusual teachings.

The PBCM teaches that its late founder and master Tomas Eugenio Sr. was the Holy Spirit reincarnate. Its members are convinced that Eugenio, who died in 2004, is merely “resting.”

Hoping that he would resurrect, Eugenio was not immediately given a decent burial in September 2004. By December of that same year, his corpse was still left rotting in the PBCM’s “Palasyo” (palace) on a hill in San Antonio village.

Its current leader, Charlito Eugenio, is the barangay chairman of San Antonio in Jasaan town where the group established its bailiwick.

Charlito, the PBCM founder’s son and successor, confirmed in an interview with local broadcaster Magnum Radio that Ercilla and the other suspects had been attending his group’s gatherings.

But he denied that the ritual killing in Balingasag was sanctioned by the PBCM.

“Evil works have nothing to do with us,” said Charlito, asserting that Ercilla and his group wandered off from the PBCM’s teachings.

“They were with us until they became insane. Now, they did the most horrible thing, and we have nothing to do with them. What they did was against what the Divine Master Tomas Eugenio preached,” Charlito said.

He said he was saddened because Crisanto dragged his late father’s name by claiming that he was possessed by the spirit of Tomas.

Police said Crisanto, a self-declared spiritual guru, claimed that the cult killing was upon the instruction of the late PBCM founder who supposedly “whispered” to him to have his grandmother thrown into a fire. – with reports from Herbie Gomez/Rappler.com