Facebook Twitter Copy URL
Copied
A panel of Davao Occidental prosecutors says the actor's tweet is not merely an expression of disgust, but an imputation that the congresswoman is a thief

GENERAL SANTOS, Philippines – Prosecutors in Davao Occidental indicted actor Enchong Dee, but cleared six others, including three celebrities, over a cyber-libel complaint filed by a party-list congresswoman who received a backlash on social media for her July 26 wedding at the luxurious Balesin Island Resort in Polilio, Quezon. 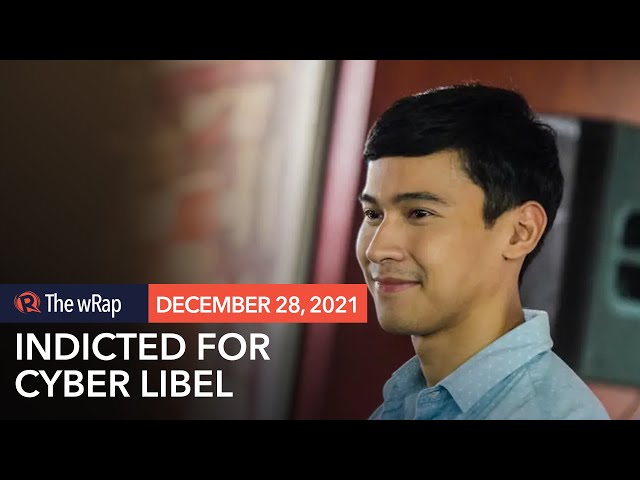 The case for violation of the Cybercrime Prevention Act of 2012 against Dee (Ernest Lorenzo Velasquez Dee in real life) was approved based on the complaint of Drivers United for Mass Progress and Equal Rights (DUMPER) Representative Claudine Diana Bautista-Lim as an offshoot of an August 14 tweet about the congresswoman’s wedding that was seen by many as lavish.

In a nine-page resolution dated November 16, a panel composed of Davao Occidental prosecutors Socrates Gersava, Eleanor Dela Pena, and Marie Kristine Reginio approved the filing of the case against Dee, but dismissed the complaint against the other respondents as an exercise of freedom of expression.

“Considering that these tweets are mere expressions of disapproval (or disgust, if you may) at varying degrees on the action, this Office could not attribute malice and ill motive to the said respondents who have taken upon themselves to be the so-called watchdogs of our society,” read part of the resolution approved by Davao Occidental Provincial Prosecutor Marte Melchor Velasco.

Prosecutors, however, said Dee imputed a crime – malversation of public funds – against Lim at a time when there was a COVID-19 pandemic “which peremptorily makes the complainant a soft target for heavy criticIsm and pillory, placing her thereby in a bad light due to such reckless and irresponsible tweet of the respondent.”

They said Dee’s imputation that Bautista-Lim was a thief “cannot also be considered within the purview of qualifiedly privileged communications.”

The social media firestorm was sparked by photos of Bautista-Lim, who was wearing a wedding gown by fashion designer Michael Cinco, and her groom, businessman Jose French Lim.

The criticisms against the congresswoman were most pronounced on an August 14 Twitter thread started by Holliday, and where Dee and the others wrote their comments.

Holliday’s tweet read: “Drivers and Commuters Rep who voted NO to ABS-CBN franchise got married in a Michael Cinco gown in a lavish peony-filled ceremony in Balesin in the middle of a pandemic. How ostentatious. May vaccination drive ba siya for drivers and commuters? Asking for a friend.”

Misajon, for her part, wrote, “Really disgusting that these ‘representatives’ who did not represent the marginalized have the audacity to flaunt their wealth in this pandemic. How fcking dare you.”

Dee’s August 14 tweet, however, was different in that it implied that public funds were used for what had been seen as a lavish wedding. In his retweet, Dee wrote, “The money for commuters and drivers went to her wedding. Let us not prolong this conversation and don’t say otherwise.”

Prosecutors said it was not merely an expression of disgust or disapproval, but an imputation that Bautista-Lim was a thief.

They said it was of no help that Dee acknowledged the error and repercussions of his tweet and apologized on August 17, or three days later.

Prosecutors said, “Calling someone a thief, without proof and with heavy malice, is where to draw the line as this is already libelous.” – Rappler.com