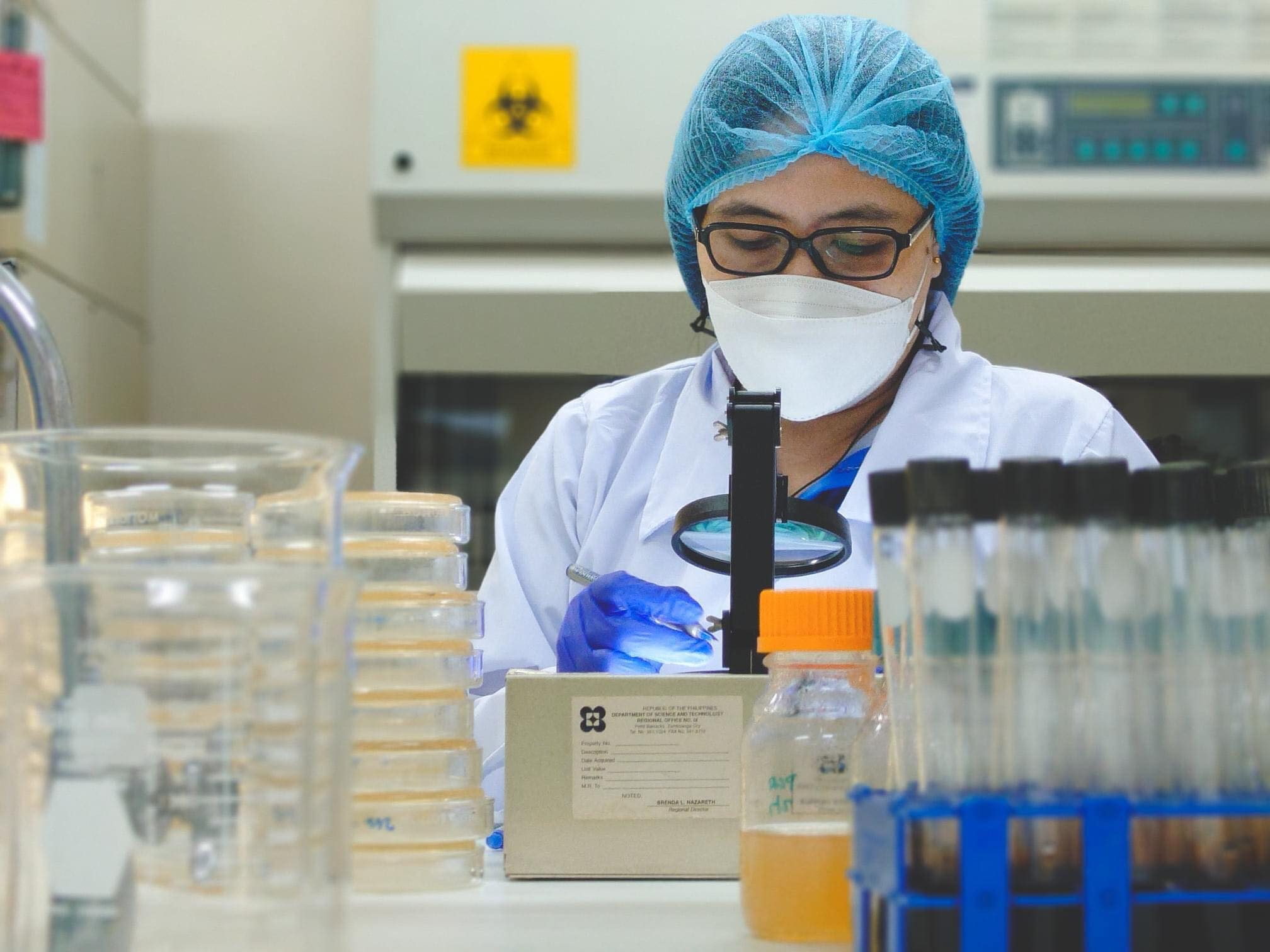 SCIENCE. A woman conducts an aerobic plate count to determine the level of microorganisms in food products. Scientists urge the youth to consider careers on science and technology.

Facebook Twitter Copy URL
Copied
Dr. William Padolina, chairman of the steering committee on the foresight of the National Academy of Science and Technology, says science and technology need a push given their big potentials in the world market

ZAMBOANGA CITY, Philippines – Scientists called on the government and schools to scale up the campaign to encourage more students to take up science and technology courses as the country strengthens its economy and moves toward a sustainable future.

Dr. William Padolina, chairman of the steering committee on the foresight of the National Academy of Science and Technology (NAST), told an online conference on Wednesday, April 6, that institutions of higher education need to give science and technology courses a push given their big potentials in the world market.

The NAST is the government’s scientific advisory group under the Department of Science and Technology (DOST).

Padolina cited the abundance of mineral resources in Mindanao that have not been fully tapped due to the lack of literacy in science and technology in the country.

Dr. Fabian Dayrit, another scientist who established the National Chemistry Instrumentation Center (NCIC), said there is also a need for media to help in making science and technology interesting to their younger audience.

There was a time when newspapers carried science pages, Dayrit said.

The DOST and NAST said they have come up with feasible and doable programs that can be implemented up to 2050.

They will be presenting their scientific policies and research to President Rodrigo Duterte in order to bring the campaign for science and technology literacy closer to communities, especially in rural areas outside the National Capital Region.

Martin Wee, DOST director for the Zamboanga Peninsula region, said they have started efforts to engage the youth in the hope of generating more interest in science and technology research and development.

Wee said regional scientific meetings were being organized to focus on “Pagtanaw 2050,” a three-decade plan rooted in science, technology, and innovation.

The plan is to put more science in the economy, governance, business and trade, information and communications technology, education and talent retention, food security and nutrition, health systems, energy, water, environment and climate change, shelter, transportation and other infrastructure, and space exploration.

Dr. Rico Angcog, dean of the School of Environmental Science and Management of the University of the Philippines (UP) in Los Baños, said the initial challenge is to keep the foresight and assess the currently available talent pool that would be able to determine the country’s options as it addresses concerns about the environment, food, health, nutrition, energy, and water. – Rappler.com