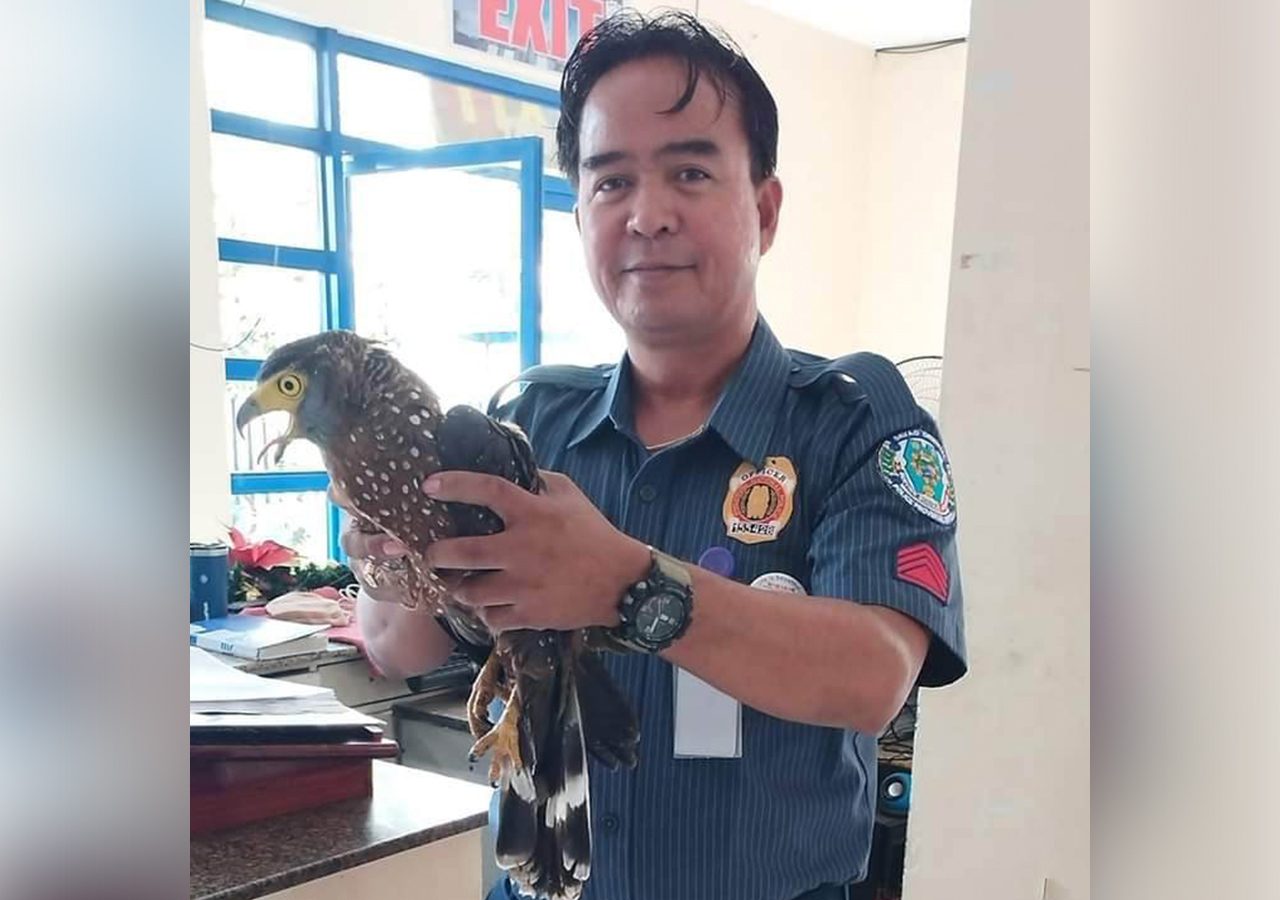 TURNED OVER. Mati City police desk officer, Staff Sergeant Ireneo Repaso holds the small serpent eagle caught scavenging at the food store of Felix Galindo on Tuesday, December 27. The eagle has been turned over to the Mati City Environment and Natural Resources Office,

DAVAO ORIENTAL, Philippines — A serpent eagle that swooped in to snatch viands for sale in a small food store in Mati City on Tuesday, December 27 has been turned over to the City Environment and Natural Resources Office, police said.

Mati City police desk officer, staff sergeant Ireneo Repaso said Felix Galindo, owner of the food store near the police station in Purok Fair View Riverside, Barangay Sentral, turned over the eagle around 11 am after he caught the bird trying to snatch some of his wares.

Galindo said the juvenile serpent eagle was “obviously starving” and other residents said it was not the first time an eagle came looking for food in the community.

“I’ve seen several eagles here entering houses to look for food. The people are afraid to catch them because we all know there is a law that penalizes those who catch eagles,” said Trinidad Dumdom, a resident of a forested area in the barangay.

“Sometimes it is annoying already because these eagles are preying on our backyards chicks. But we don’t catch them for fear of being imprisoned,” farmer Jesus Gastang added.

In June 2022, a retired police officer rescued a young and frail Philippine serpent eagle from a poacher in the village of Macambol in Mati.

Although serpent eagles are not classified as endangered species, it is illegal to capture them, especially in the area which is known for its rich biodiversity, said Zaldy Lumaan, Mati’s environment and natural resources officer.

Repaso said the police office immediately turned over the bird to the Mati City Environment and Natural Resources Office.