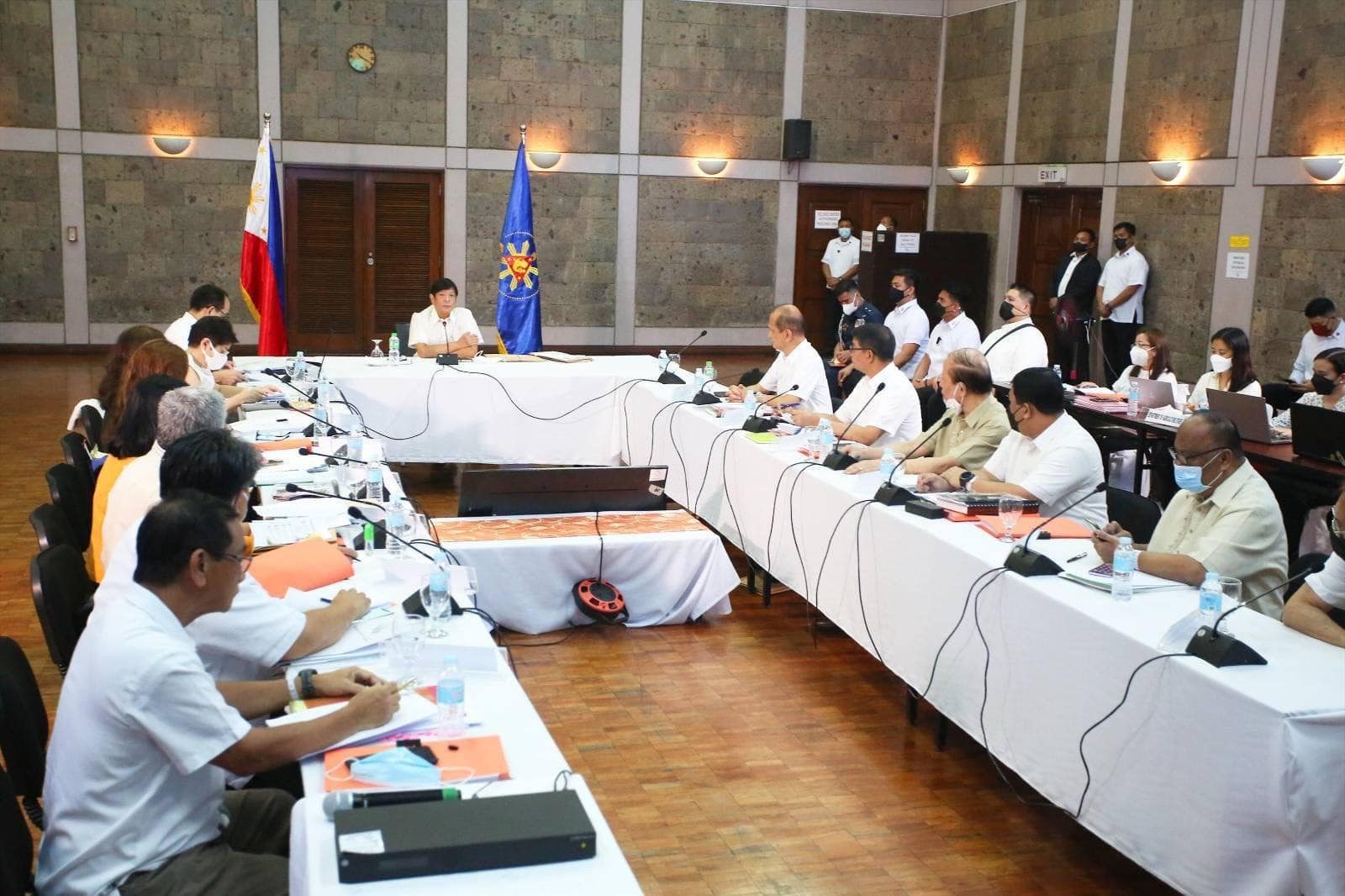 CAGAYAN DE ORO CITY, Philippines – Elected officials and several sectoral leaders in Mindanao have a long list of what they hope to hear from President Ferdinand Marcos Jr. when he delivers his first State of the Nation Address (SONA) on Monday, July 25. They call for clearer government programs to sustain and expand the peace and rebuilding process, spur the economy, and speed up recovery efforts in the Southern Philippines vis-à-vis the COVID-19 pandemic.

Basilan Representative Mujiv Hataman said he hoped to hear from Marcos exactly how he would fulfill his campaign promises to reduce rice prices, and improve the government’s pandemic responses while leading efforts to make the economy rebound, especially in Mindanao, at a time of worsening inflation.

His brother, Basilan Governor Hadjiman Hataman-Salliman, said the Marcos administration could resuscitate Mindanao’s economy by sustaining the gains of the peace process, giving the South an equitable share of the national budget, and upgrading basic infrastructure in the country’s second largest island.

“I hope the government will fix the power, communication, and transportation problems in all of Mindanao,” said Salliman.

In Northern Mindanao, Cagayan de Oro 2nd District Representative Rufus Rodriguez sought to increase Mindanao’s share of the national budget by P286 billion, or by about 5%, in 2023..

Rodriguez said Mindanao’s population grew to 26.3 million, accounting for 24% of the country’s 109.6 million population in 2020.

Mindanao also contributed 17% to the country’s annual output of products and services, and yet it was only entitled to roughly 13% or some P650 billion of the 2021 national budget, he said.

“If our island receives 5% more next year, or 18% of a possible P5.2-trillion budget, our total allocation would come up to P936 billion, or an additional P286 billion. That would go a long way in helping our people and developing our region,” read part of Rodriguez’s statement.

Rodriguez also sought the implementation of the first phase of the long-planned Mindanao railway project from Tagum to Digos cities in the Davao Region, to be followed by the second phase from Cagayan de Oro to Iligan, passing by the Laguindingan Airport, in Northern Mindanao.

Until the Duterte administration, the government plan was to build the railway in Northern Mindanao, cutting across Cagayan de Oro City.

The government ditched the original plan and moved the first phase to the Davao Region right after Rodrigo Duterte rose to power in 2016, requiring a new feasibility study and further delaying the project implementation.

The envisaged project never materialized in Duterte’s six years in office despite his repeated promises.

Harold Montes, a provincial board member of Davao Oriental, said on top of his SONA wish list this year would be for Marcos to give the specifics of his economic recovery plans, identify more infrastructure projects in Mindanao, and announce his peace and order policy.

Former Misamis Oriental governor Yevgeny Vincente Emano, now the representative of the province’s 2nd District, said the Marcos administration’s projects should include the upgrading of one of Mindanao’s major airports.

Emano is pushing to turn the Laguindingan Airport in Misamis Oriental into an international airport.

But for the government to increase funds for these projects, it needs to stop smuggling and other nefarious corrupt practices that deprive it of needed revenues, according to former Cagayan de Oro mayor Oscar Moreno.

Rodriguez said Marcos should remove the excess fat in government, and order the rightsizing of the national bureaucracy as he lays down a roadmap for national economic recovery while protecting citizens from the COVID-19 threat.

The government also needs to upgrade Mindanao’s state-run hospitals, like the Northern Mindanao Medical Center (NMMC), to make them efficient in responding to public health crises, such as the spread of the coronavirus, according to Moreno.

Moreno said ensuring peace and order, especially in the Bangsamoro region, and resuming the peace negotiations with communist rebels would be crucial in the development of the Southern Philippines.

He called on the Marcos administration to sustain the gains in the peace process in the Bangsamoro Autonomous Region in Muslim Mindanao (BARMM) which, he said, is a work in progress.

“I would like to hear the President take up the final peace talks with the CPP-NPA (Communist Party of the Philippines-New People’s Army) for lasting peace in Mindanao,” said Rodriguez.

Despite government claims of significantly weakening the communist rebellion in Mindanao, the NPA has remained active in many parts of the island, engaging in fierce encounters with government troops and launching offensives from time to time.

Rodriguez urged the Marcos administration to speed up the rehabilitation of the predominantly Muslim Marawi City and facilitate the return of thousands of families displaced when former president Duterte presided over its bombardment and destruction as the military hunted down a small group of extremists in 2017.

Adiong appealed for the immediate implementation of the Marawi compensation law, which was passed in April, so that Maranaos adversely affected by the 2017 Marawi Siege could get reparation and rebuild.

“Rehabilitation requires more than reconstruction, and we hope that the current administration can unite with us in our mission to facilitate the long but necessary process of healing among our communities,” Adiong said.

He said Marawi’s rehabilitation should be a priority of the Marcos administration in the context of the ongoing political transition in the BARMM.

Crucial to the Bangsamoro

Adiong urged Marcos to institutionalize strong inter-agency cooperation and intergovernmental relations between the BARMM and the national government which, he said, is crucial to the successful implementation of the Bangsamoro Organic Law (BOL).

“The success of the political transition largely depends on intergovernmental gains in terms of normalization and transitional justice in the Bangsamoro region,” he said.

“We have gone a long way already in our quest for peace. We are at the peak of the negotiations. We just need to complete a few unfinished businesses, and we are eyeing the signing of the exit agreement after the full implementation of the Bangsamoro Organic Law,” Lopez said.

Aside from ridding Mindanao of insurgency, local political leaders said Marcos’ promise to improve Philippine agriculture and reduce rice prices and other costs was important.

Dr. Roy Ponce, the president of the Davao Oriental State University, said the government should secure the market for the produce of marginalized farmers, and establish agriculture research infrastructure and facilities.

Rodriguez and Emano said Marcos should give specifics about his administration’s program for farmers and fisherfolk, especially in Mindanao, so they could recover from the COVID-19 pandemic amid spiraling fuel and fertilizer costs.

Rodriguez said a suspension of the excise tax on petroleum products would help reduce the costs.

The Cagayan de Oro congressman has long been calling for the amendment to the Oil Industry Deregulation Law.

Rodriguez said Marcos should also ensure the faster implementation of the programs for coconut farmers under the Coconut Trust Fund, and the implementation and completion of the big irrigation projects in Mindanao for more food production.

Aside from these, Rodriguez said he would want to hear Marcos make clear policy pronouncements about the following during his SONA: