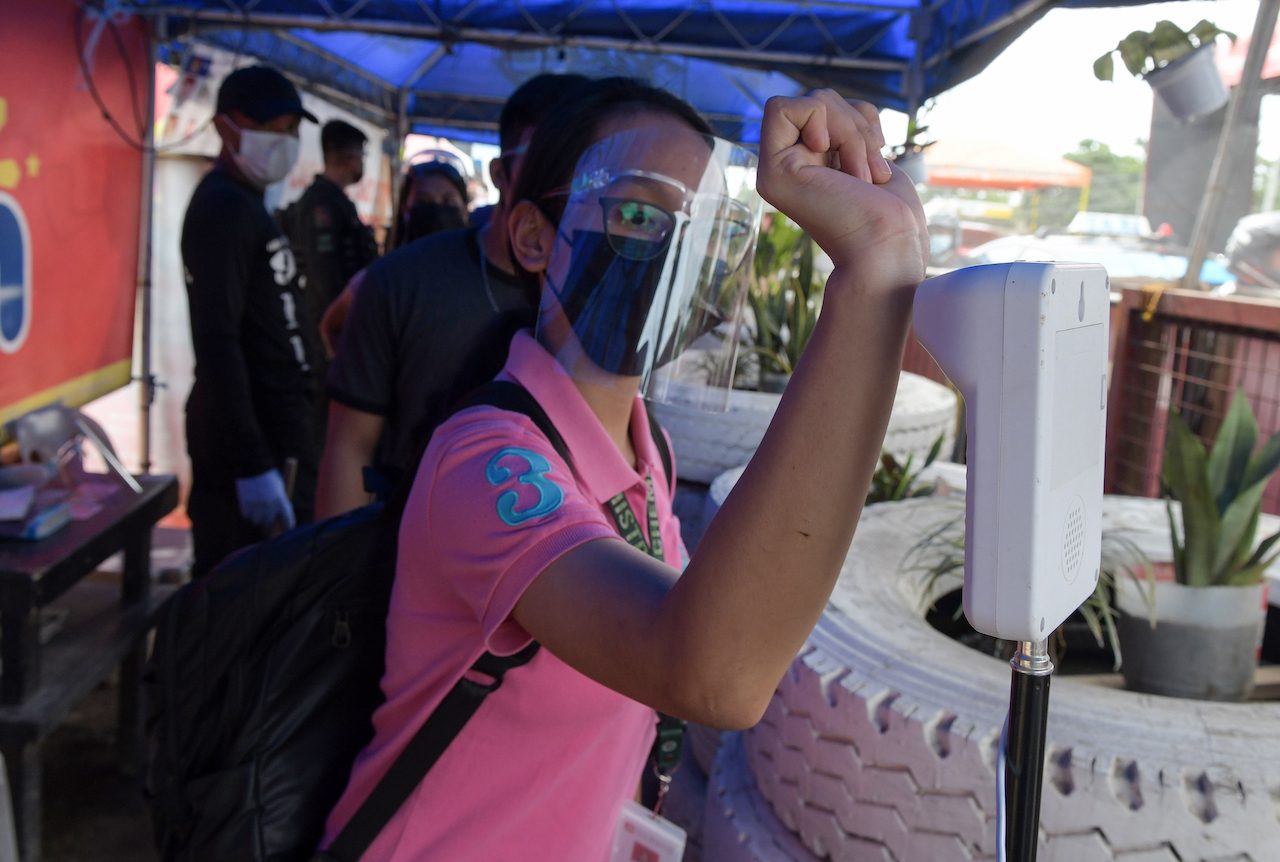 CHECK. A commuter raises her hand to the mobile thermometer to check her body temperature at the border checkpoint between Cagayan de Oro City and Opol town, Misamis Oriental on Saturday, July 17, 2021.

More than 8,000 workers of stores selling non-essential items in malls lost their jobs on the first day of the implementation of enhanced community quarantine (ECQ) measures in Cagayan de Oro.

He said restaurants and fastfood outlets were allowed to open but only to cater to takeout orders and deliveries by food carriers.

“The first day was grim. Some 8,000 people immediately lost their jobs,” Goking said. He said the workers would be jobless at the very least from July 16 to July 31 or until the ECQ order is lifted.

Mari-Flor Dollaga, director of the Department of Social Welfare and Development (DSWD) in Region 10,  said they only have 20,000 food packs ready for distribution in case the local government asks for aid.

Dollaga said the DSWD also has a standby fund of P3 million ready for release.

The National Economic Development Authority (NEDA) in Region 10 said more than 4,200 workers in Cagayan de Oro were displaced from May to June alone because of strict quarantine controls.

Another 1,173 skilled workers from Cagayan de Oro’s small to medium enterprises were also laid off during the same period, NEDA said.

During that period, the city was placed under the less strict modified enhanced community quarantine (MECQ) classification due to surges in COVID-19 cases.