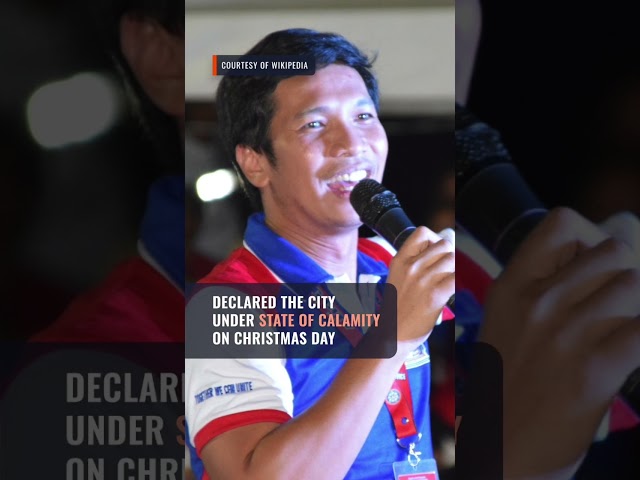 At least two people died in a landslide in Oroquieta City in Misamis Occidental on Christmas Eve, December 24, when the rain started pouring, police said.

But the hardest hit was Gingoog City in Misamis Oriental near the Caraga region where some 6,908 families or about 34,081 people had to be evacuated by Army, police, and local rescue teams.

The evacuations started on the night when families were preparing for the traditional noche buena (late dinner) to greet Christmas Day, showed a report from the Army’s 58th Infantry Battalion.

The situation was so bad that Gingoog Mayor Erick Cañosa and the city council declared the eastern Misamis Oriental city under a state of calamity on Christmas Day to allow the local government to tap its reserved funds to provide relief aid to evacuees from 19 of the city’s 79 barangays.

Many of the evacuees sought refuge at the Lugod Gym in downtown Gingoog City that was turned into an evacuation center.

Civil defense officials said about 705 families or some 1,935 people fled their homes in Gingoog City and the towns of Medina, Talisayan, and Balingoan on Christmas Day.

The road, however, opened hours later after clearing operations.

In Misamis Occidental, a man and his daughter – Mario Sambiog and Elenita Sambiog – died after a landslide hit the hinterland village of Mialen, Oroquieta City, said Lieutenant Colonel Harvey Abellanosa, the commander of the police’s 1st Provincial Mobile Force.

Abellanosa said rescuers had difficulty reaching the village because a bridge linking it to the Oroquieta City proper collapsed following a flash flood.

The Office of Civil Defense (OCD) in Northern Mindanao said 505 families evacuated in the towns of Sinacaban and Jimenez in Misamis Occidental alone due to flash floods.

The Philippine Information Agency (PIA), however, reported on Sunday afternoon that about 802 families, or some 3,599 people were evacuated in Jimenez town alone.

Oaminal said the Aquamarine Park in Sinacaban town was also inundated by the waters that overflowed from the river banks.

He said at least eight houses in Clarin town were swept away, and five villages were threatened by rampaging floodwaters.

On Christmas Day, the state weather bureau Philippine Atmospheric, Geophysical, and Astronomical Services Administration (PAGASA) raised the alert levels in Mindanao and Visayas because of serious rainfall that resulted from a point where cold and warm air met.

Rain has continued to threaten many areas in Mindanao as of this posting. – with reports from Merlyn Manos/Rappler.com