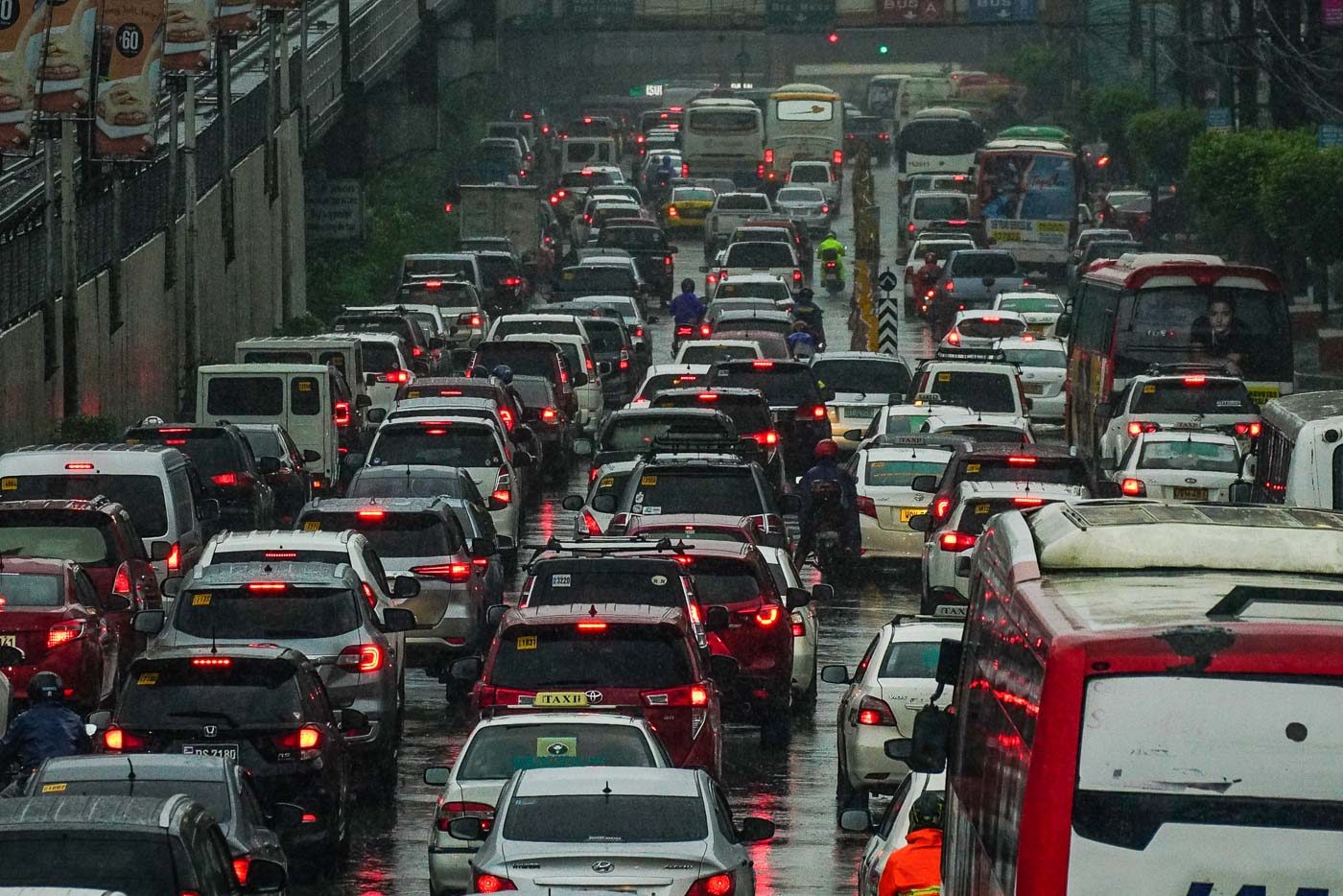 EDSA TRAFFIC. Bumper to bumper traffic along EDSA at the height of monsoon rains on August 11, 2018.

Facebook Twitter Copy URL
Copied
MMDA proposes to narrow down EDSA lanes from the existing width of 3.4 meters to a slim 2.8 meters

The Metropolitan Manila Development Authority (MMDA) wants narrower lanes along EDSA, in a bid to address the burgening traffic flow problem along the major highway.

In a phone interview with Rappler, MMDA spokesperson Celine Pialago said that they are proposing to narrow EDSA lanes from 3.4 meters to only 2.8 meters. This will result in an additional lane, said Pialago.

“We based the proposal on a World Resources Institute study that has been adopted by Japan. If the maximum speed is at 60 kilometers per hour (kph), the width of the lane should only be 2.8 meters,” Pialago told Rappler.

At present, EDSA lanes have a width of 3.4 meters. The additional lane could accommodate 6,000 more vehicles that can ply through the highway considered as the main artery of the metropolis.

The proposal is still up for the approval of the Department of Public Works and Highways, which has the jurisdiction over the national highway. MMDA’s study was submitted in September.

(Realistically, we don’t reach 60 kph. The average speed of vehicles on November 22 was at 16 kph. On December 13, it went down to 14 kph only. We really don’t reach the maximum speed.)

By narrowing the roads, Pialago said another lane may be added that may improve traffic flow, or the sidewalks may be widened.

“Vehicular volume in EDSA continues to increase. Based on our data, there’s a 10,000-increase every month but EDSA stays the same. We are just creating and researching proposals to improve the traffic situation,” Pialago said.

She added that the proposal also aimed to improve safety along EDSA.

“It’s also for road safety. People think that the wider the roads the safer, but based on the study, the concept of having more road space to maneuver might lead to committing more road accidents,” Pialago said.

The 2016 study found that narrower lanes have the lowest crash fatality rates. Amsterdam, Tokyo, and Paris are among the cities with lanes spanning 2.8 meters to 3.25 meters only.