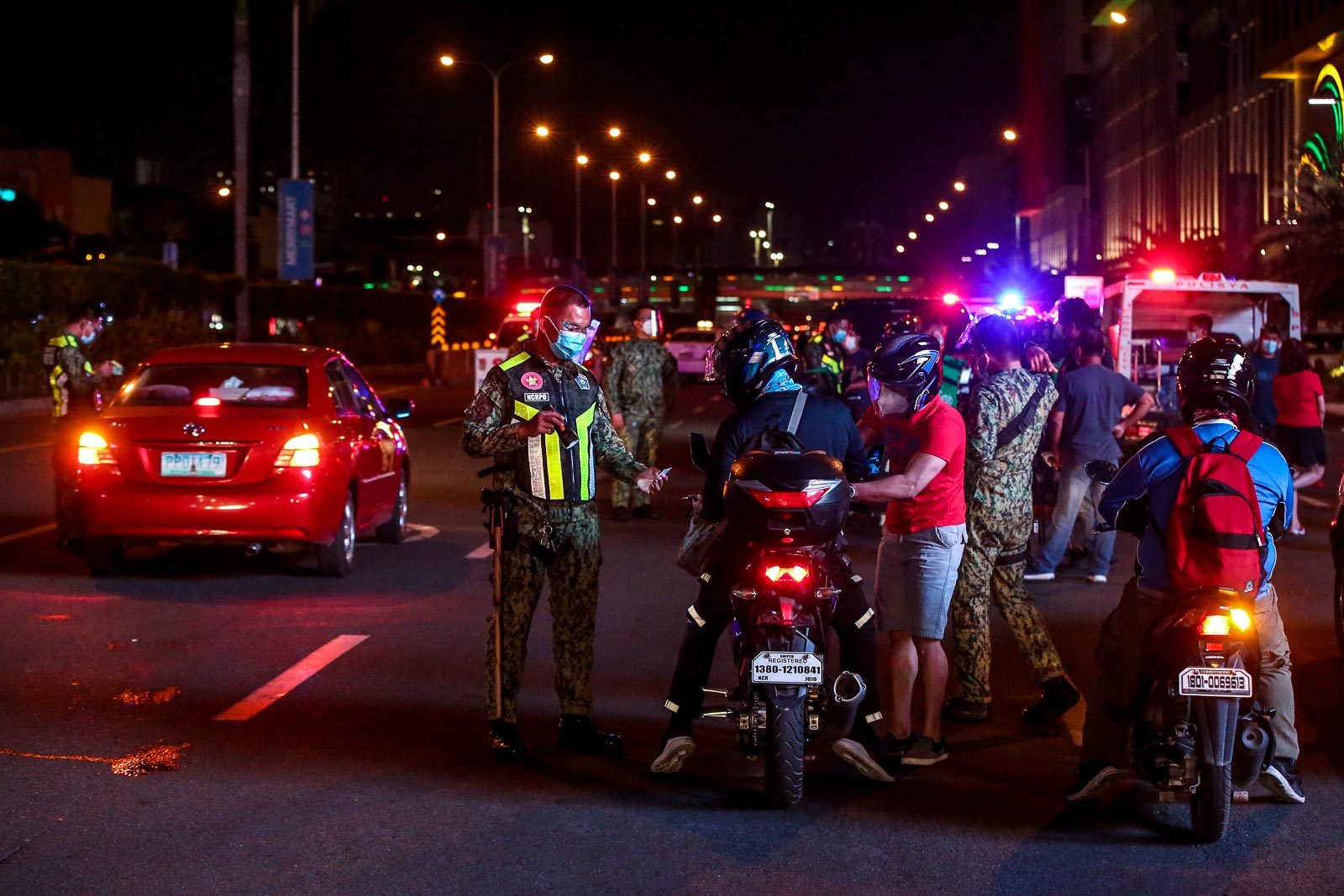 Police officers in Pasay man a checkpoint on March 22, 2021 to ensure the curfew is being strictly implemented.

Mayors in Metro Manila agreed to retain the six-hour curfew in the region for now, Metropolitan Manila Development Authority Chairman Benhur Abalos said on Thursday, May 27.

Currently, only authorized persons outside residence (APOR) in the National Capital Region (NCR) are allowed to leave their homes from 10 pm to 4 am daily.

The unified curfew in the region has been imposed since May 1, when the region was under the much stricter modified enhanced community quarantine.

While the region shifted to the more relaxed general community quarantine on May 15, the curfew hours in the region remained unchanged.

Abalos said the mayors still support a gradual easing of economic restrictions in the capital region.

Abalos, as presiding officer of Metro Manila Council, was scheduled to attend a meeting of the Interagency Task Force on Emerging Infectious Diseases on Thursday to represent NCR mayors in discussions over lockdown classifications.

The GCQ in Metro Manila is set to expire on May 31. – Rappler.com