As Chinese encroachment in the West Philippine Sea persisted, the government sent additional ships to the disputed waterway on Tuesday, April 13.

The ships were sent to Julian Felipe Reef, Pag-asa Cay, Recto Bank, and other parts of the Kalayaan Island Group (KIG) by the National Task Force for the West Philippine Sea (NTF-WPS). The vessels were tasked to conduct maritime and sovereign patrols in the area. Instead of the navy, Philippine waters are being patrolled by the civilian ships of the PCG and BFAR to avoid military altercations in the controversial seascape.

This was in compliance with the 2002 ASEAN-China Declaration on the Conduct of Parties, which stated that signatory countries shouls “exercise self-restraint in the conduct of activities that would complicate or escalate disputes and affect peace and stability.”

On March 22, NTF-WPS said it received a report from the Philippine Coast Guard that around 220 Chinese vessels were spotted on March 7 at Julian Felipe Reef.

A week later, on March 29, after they were first spotted, the task force said 44 ships were still “moored, anchored, and stationary” at Julian Felipe Reef. The task force also monitored 115 Chinese vessels in Kenna (Chigua) Reef and 45 vessels in Pag-asa (Thitu) Islands. 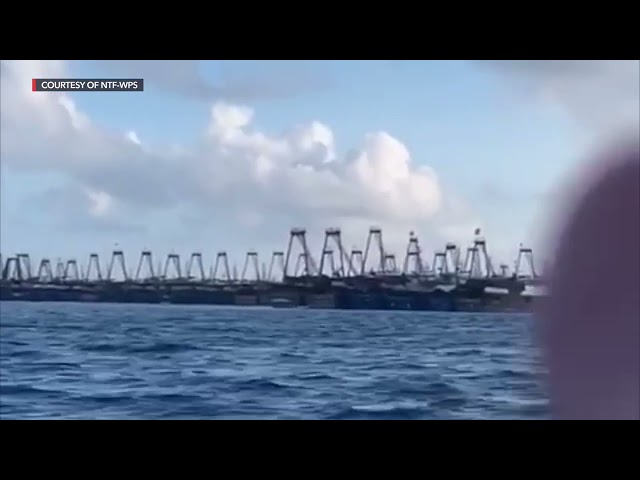 Recently, the armed forces said only 28 Chinese vessels remained in Philippine waters as of April 11.

On April 8, Chinese ships armed with missiles chased a Filipino television crew in the West Philippine Sea. The media team rode a motor boat to check the latest movements of China in the disputed waterway.

In a message to Rappler, retired justice Antonio Carpio said additional weapons and the filing of another arbitration case can improve our standing in the West Philippine Sea dispute given the swarm of Chinese ships in our waters

“We have to continuously protest, join patrols of our allies in the WPS, coordinate our efforts with Vietnam, Malaysia, and Indonesia, file a new arbitration case to stop China from fishing in our EEZ, and acquire defensive asymmetrical weapons like the Brahmos and Hi-Mars missiles,” Carpio said. – Rappler.com