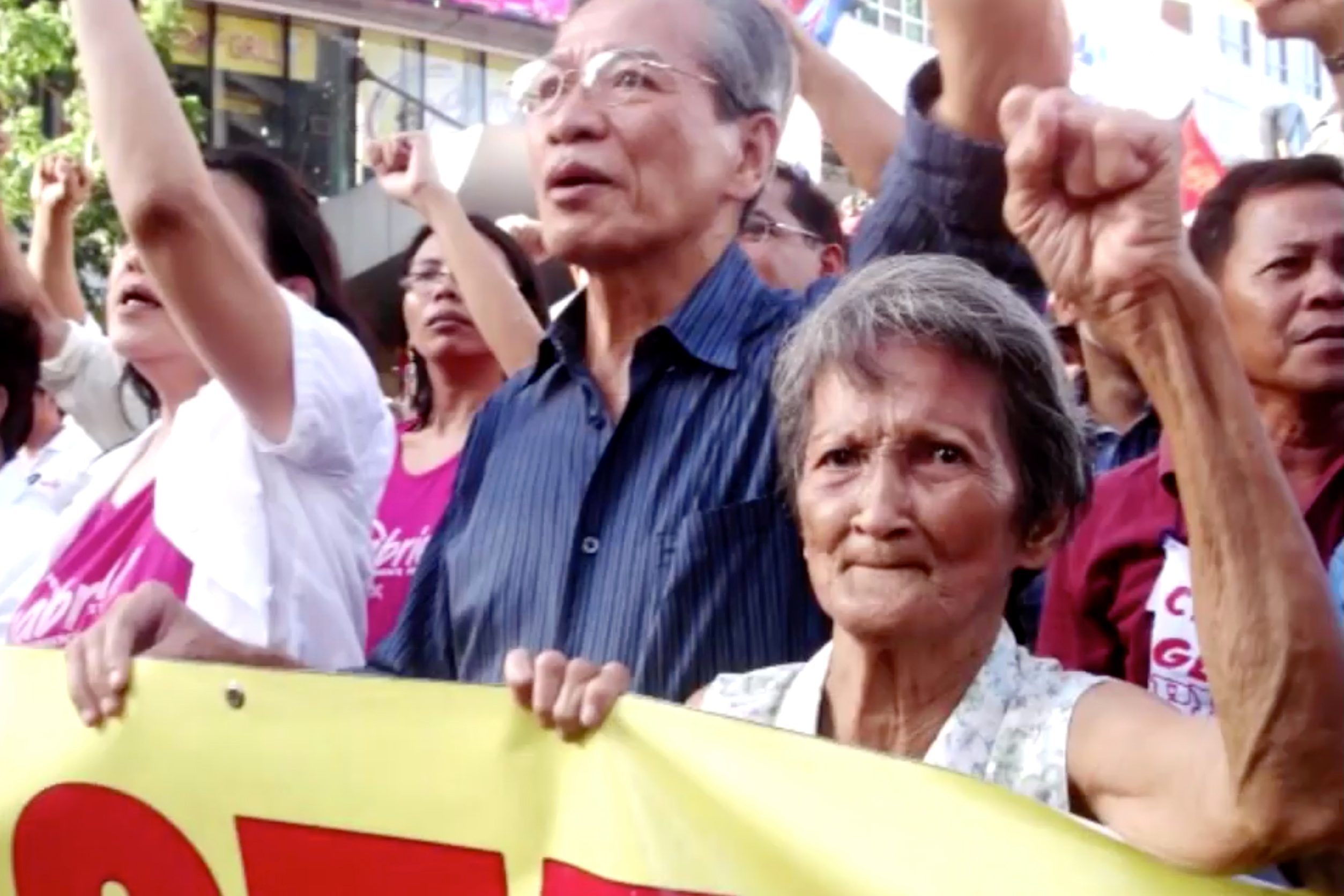 Urban poor leader and long-time activist Carmen “Nanay Mameng” Deunida passed away on Monday, July 19, at the age of 93.

Her death was confirmed by Kadamay, the group she led as national chairperson from 1998 to 2008 and later as chairperson emeritus.

(She courageously faced all challenges in society. With her simple language but fiery voice, she was able to describe the crisis and the struggle of the urban poor.)

Her activism started in 1978 in Leveriza, Manila, at the height of the Marcos dictatorship. She first joined Kabataan para sa Demokrasya at Nasyunalism (Kadena), where she became the group’s oldest member at 50 years old.

(When she was with SAMAKANA, she raised the issues faced by impoverished women that are not separate from the struggle of the masses, such as rising prices, anti-people policies of the government, and violence of the state, and even abuse inside households.)

Over the years, Nanay Mameng never faltered in the face of intimidation and harassment from the powerful people they went up against.

Her fight transcended administrations. She continued to march on the streets, voicing out criticism against the government and its misplaced priorities and lack of programs for the poor.

(Whenever she talked during broad rallies in Ayala, Makati, even professionals and CEOs stopped to listen and to clap their hands afterwards. It was rare for them to see someone talk of exploitation with such fiery words.)

Carry on with her fight

Nanay Mameng didn’t stop with her activism despite her old age. She often reminded her colleagues that the work continues regardless of who is in power, as long as the rights of the people are trampled.

Nanay Mameng was the subject of a 2012 documentary, which also won a Gawad Urian for Best Documentary. A theater production in 2015 was also staged based on her life and work as an activist.

Her death leaves behind a huge gap in the movement. Still, her legacy continues to be an inspiration for many activists, especially at a time when activism is under attack under President Rodrigo Duterte.

(Nanay Mameng leaves behind a challenge and reminder: Let us continue the fight, trust the masses, and win the fight for people’s right that she wasn’t able to see.) – Rappler.com