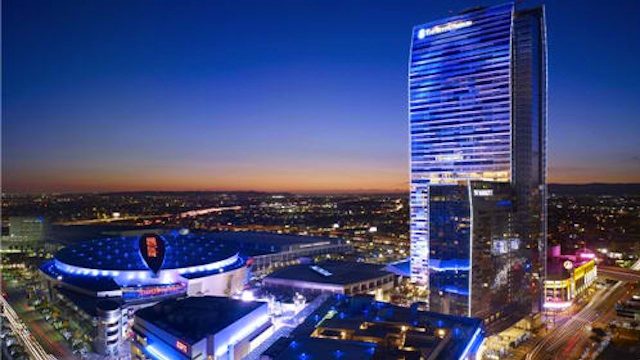 POSH LIVING. Online records show Jeane Napoles is the listed owner of a luxury apartment in the Ritz-Carlton, Los Angeles.

She was in her early 20s when she bought a luxurious, Los Angeles apartment in a building where Hollywood celebrities and public figures live.

The document does not mention the price of the unit or when exactly it was sold, but the unit itself was built only in 2010. The estimated selling price of the apartment today is pegged at P80-M or almost US $2-M.

The Office of the Assessor says the unit is 1,610 sq-ft, and has two bedrooms and two baths. According to a popular real estate website, a 1,711 sq-ft apartment in the same building is priced at P81.5-M.

Jeane, who turned 23 last month, is the youngest daughter of Janet Lim-Napoles, the suspected head of an alleged syndicate behind a multi-million pork barrel scam. Her lifestyle has been put under the spotlight after her mother was linked by whistleblowers to a scheme involving the elder Napoles. Janet allegedly pocketed pork barrel money she acquired from senators and solons for ghost projects.

Records show the apartment is on 900 W Olympic Boulevard, the Ritz-Carlton address. The contemporary-style apartment is in a 54-story building and boasts of a panoramic view of city lights, hills, mountains, and the ocean.

A high school classmate of the aspiring fashion designer confirmed with Rappler that Jeane lived in the Ritz-Carlton while she was a college student studying at the Fashion Institute of Design and Merchandising (FIDM).

Jeane moved back to Manila after her June graduation in the US. Before news of the scam broke, Jeane was seen attending high society events and was accompanied by bodyguards.

It is unsure whether she is back in the country, since recent photos shared on social media in the past weeks show her traveling to London and LA. The source told Rappler she is currently unemployed.

Her mother Janet admits funding her daughter’s lavish lifestyle and expensive taste for clothing, shoes and jewelry, and even Porsche sports cars, but insists the purchases are made through hard-earned money from their legitimate businesses.

In an ABS-CBN report, Mrs Napoles confirmed co-owning a “P7-million hotel” near Disneyland in LA, but no mention of her daughter’s apartment has been made.

Napoles defends her right to shop, and denies all accusations, adding she is willing to open her bank accounts as part of the National Bureau of Investigation’s (NBI) probe into the scam.

According to the Ritz-Carlton Residence website, the apartment units are located on the 27th to the 52nd floor of the hotel building. The Ritz is described as “luxury residences” which “stand boldly as an icon above the bright lights of Los Angeles.”

Its 5-star amenities include valet service, a spa, a pool and fitness center, high-class restaurants and an award-winning rooftop bar. Apartments have floor-to-ceiling windows.

Residents of the high-end downtown space are also treated like royalty. A program called All Access Living showers residents with “the exclusivity of VIP access at live entertainment venues; priority reservations at restaurants; and a view from the San Manuel Club where you’ll watch the NBA, the NHL and other pros do battle just below.”

The attractions appear to be a good fit for the young lady, who has attended movie premieres and sports games in the Staples Center, according to photos on her blog showing her with Hollywood celebrities and cheering for sports teams.

It is not entirely known when Jeane started living in her Ritz-Carlton space, but a photo she posted on her blog dated January 2011 showed off her “new home,” before she moved into the Ritz-Carlton.

“Having only 2 months notice that I have to move to LA to move to the main FIDM campus had to make decisions fast. Luckily, my ever loving older brother found a nice place for me to live 🙂 1010 Wilshire will be my new home! penthouse babyyy <3,” the post read.

In an interview with Korina Sanchez for ABS-CBN, the elder Napoles said that since the 1990s, her family earned their money from coal-trading in China, India, Pakistan and Indonesia. An Indonesian business partner has also come forward to defend the legitimacy of the Napoles’ business. – Rappler.com

Correction: This article has been revised to say Jeane Napoles was in her early 20s when she bought the apartment. We previously reported she was 22. The apartment unit was also corrected to 37I. An earlier report listed 37J.