WATCH: Marcos says Bantag acted ‘with no fear of being punished’ 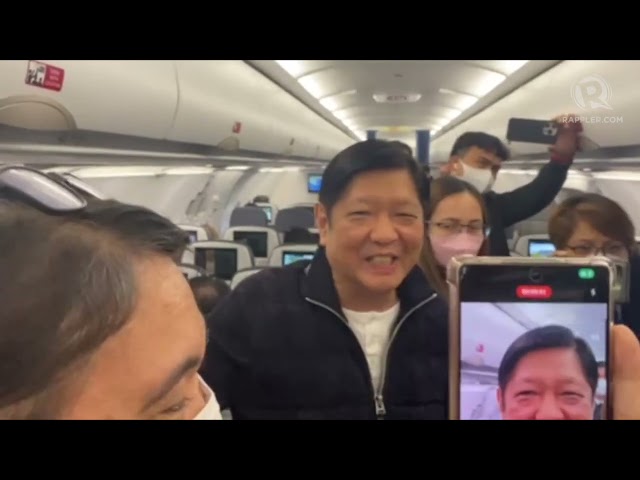 Facebook Twitter Copy URL
Copied
The President orders new jail officials to find out how the now-suspended former chief ran things, and why he's now believed to be the mastermind behind the killing of Percy Lapid

PHNOM PENH, Cambodia – While recognizing, repeatedly, that the investigation into the death of broadcaster Percy Lapid was still ongoing, President Ferdinand Marcos Jr. nevertheless said former Bureau of Corrections chief Gerald Bantag seemingly acted “with no fear of being punished.”

Bantag, a deputy, and several inmates at the national penitentiary face murder complaints over the killing of broadcaster Percival Mabasa, better known as Percy Lapid.

“In the specific case of the Percy Lapid, I think we’ve gotten most of those who are involved. ‘Yung iba nagtago na eh. ‘Yung ibang potential na witness, nagtago na eh (The others are now in hiding. Potential witnesses are also in hiding)…. But we’ll just keep going until we’re satisfied. Right now – because we haven’t spoken to all of the named suspects, middlemen, masterminds – the investigation hasn’t been closed,” said the President on Wednesday, November 9, in a chance interview with media on board PR001 en route to Phnom Penh for the Association of Southeast Asian Nations (ASEAN) Summit.

Lapid, a commentator and critic of current and former presidents, was gunned down in Las Piñas City on October 3. His death put a spotlight both on the danger Philippine journalists face, as well as perennial flaws in the country’s prison system, after it was alleged that persons deprived of liberty were allegedly involved in the killing by acting as middlemen to get hired guns. – Rappler.com