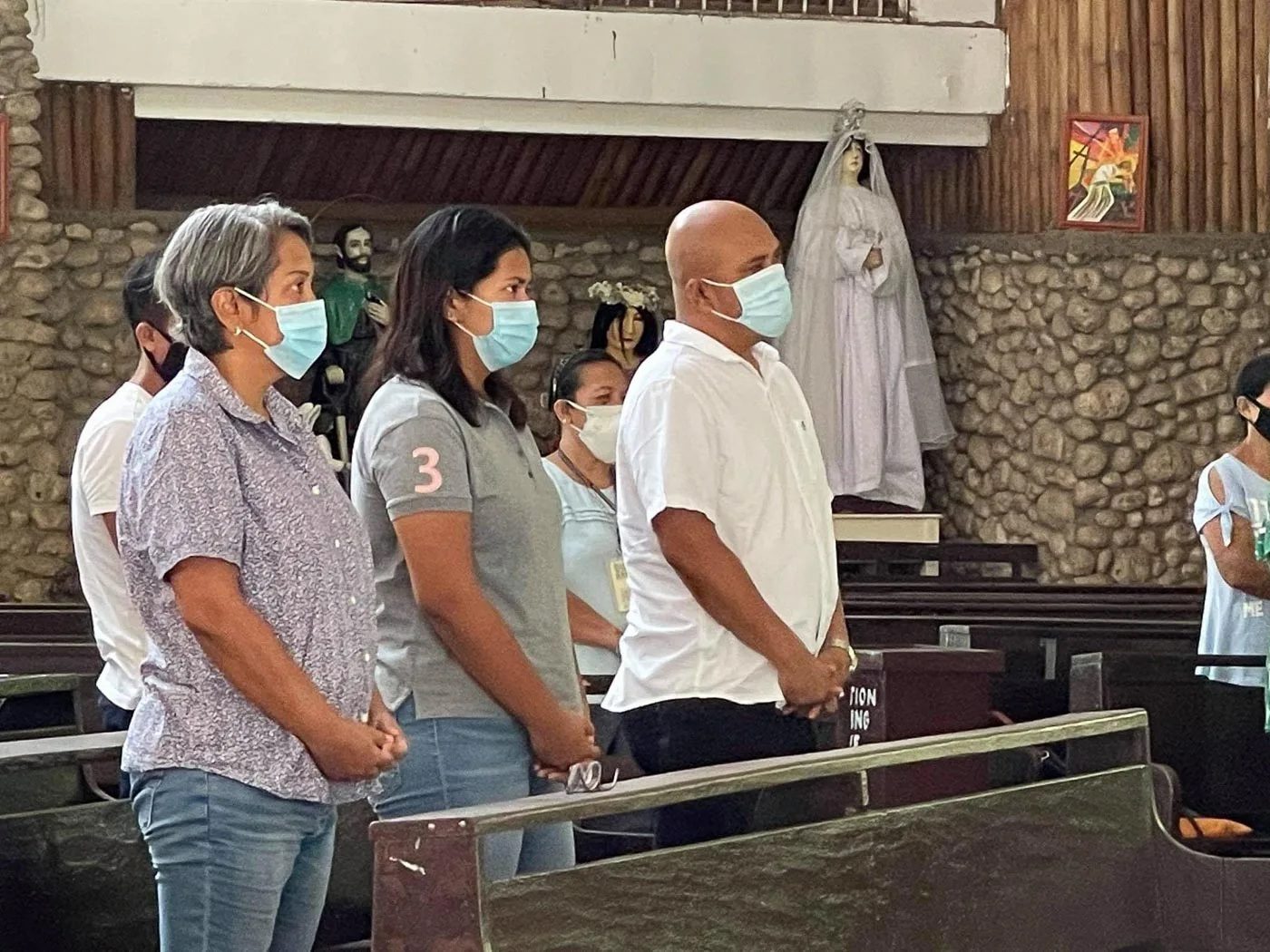 CLOSURE. Moises Padilla Mayor Ella-Garcia Yulo, along with her family and municipal government employees, attend a church-initiated special thanksgiving mass at Parish of San Isidro Labrador after receiving the NAPOLCOM's dismissal order against cops who had harassed them in 2017.

The couple accused the policemen of harassment and of planting evidence on December 19, 2017 at a checkpoint in Barangay Crossing Magallon.

Cops led by then police chief, Capt. Allan Reloj, flagged down the couple, who were on board their pickup truck.

The officers arrested the Yulos, claiming they found two hand grenades, two .45 caliber pistols and ammunition, and two plastic sachets of suspected shabu in their vehicle, which was later found as planted.

In August 2018, warrants for their arrest were issued, and the Yulos were arrested a month later following their surrender.

The couple, who spent seven months in jail, were freed on bail in April 2019 due to the weak evidence presented against them by the prosecution.

Judge Edgar Tupas of the Regional Trial Court of Negros Occidental Branch 46 also said that the items seized from the Yulos’ vehicle were inadmissible as they were collected without a search warrant.

Interior Secretary Eduardo Año, who is Napolcom chairman, signed the dismissal order on October 21, 2020 but Moises Padilla Mayor Ella Garcia-Yulo only received a copy of the resolution on Tuesday, June 22, 2021

The cops were given a chance to appeal the Napolcom order.

The new decision, dated March 4 and released to the media on Wednesday, April 27, junked the appeal of the six policemen on its earlier decision to dismiss them for grave misconduct and grave irregularities in the performance of duty.

Acting Staff Service Chief Chito Bustonera of the NAPOLCOM Legal Affairs Service signed the order directing the Philippine National Police to dismiss the policemen from the service within five days of receipt of its order.

The then town police chief, Reloj, has already retired from the service, and the other policemen involved in the case are no longer assigned to the town.

Some of them are no longer on duty. – Rappler.com