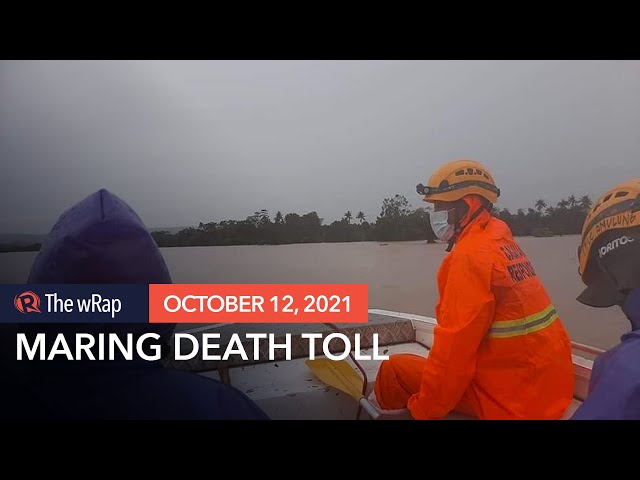 At least nine people have been killed in the Philippines and 11 were missing on Tuesday, October 12, due to floods and landslides caused by heavy rain from Severe Tropical Storm Maring (international name Kompasu), the National Disaster Risk Reduction and Management Council (NDRRMC) said.

Maring, with maximum sustained winds of 100 kilometers (62 miles) per hour, had absorbed remnants of an earlier cyclone before making landfall in the Philippines on Monday evening. Some 1,600 people were evacuated.

The NDRRMC said it was verifying information from its regional units that reported four people killed in landslides in northern Benguet province and five killed in flash floods in Palawan, an island province in the country’s southwest.

Among those killed are 3 siblings in La Trinidad, Benguet, after their house was buried in a landslide on Monday evening. 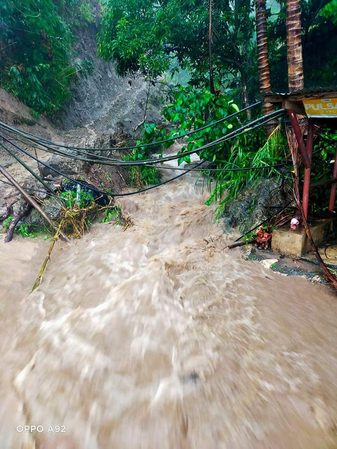 Authorities were conducting search and rescue operations for 11 people missing mostly after landslides. The Philippines, an archipelago of more than 7,600 islands, is hit by about 20 storms or typhoons annually, bringing heavy rains that trigger deadly landslides.

Rescue personnel were at the scene, while power and water restoration and road clearing was ongoing, he added.

Maring, the 13th tropical storm to enter the Philippines, is expected to leave its territory on Tuesday, the Philippine Atmospheric, Geophysical and Astronomical Services Administration said.

A 24-year-old woman was electrocuted, while a 19-year-old farmer went missing in the province of Pangasinan, alongside Northern Luzon.

Ana Marie Ventayen, of Barangay Dorongan in Lingayen town, died after being electrocuted in their home.

According to the Philippine National Police in Lingayen, Ventayen was asleep when floodwaters entered her house, shorting out the electric fan she was using and causing her electrocution. She was rushed to Lingayen District Hospital but was declared dead by the doctor.

Meanwhile, Michael Alvarez was with his employer John Estrada in Alcala town as they headed to their farm to secure things when Alvarez suddenly went missing. An investigation revealed they were walking on a dike area, where Alvarez may have slipped.

Authorities are now conducting search and rescue operations to find and retrieve Alvarez.

The current NDRRMC tally only refers to deaths in Benguet and Palawan and does not appear to reference this information yet. – with reports from Ahikam Pasion/Rappler.com