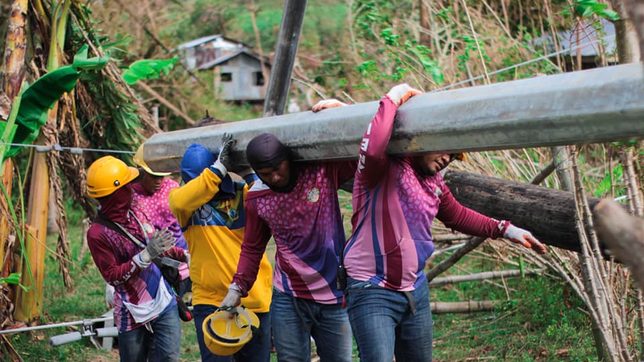 BACOLOD CITY, Philippines – Localities in Negros Occidental that were struck by Typhoon Odette (Rai) have resumed their COVID-19 inoculation drive but at a pace slower than pre-Odette days, a local health official said.

Dr. Jessica Fama, medical specialist 3 of the Provincial Health Office (PHO), told Rappler on Tuesday, December 28, the province is “not demanding” beyond local governments’ capacities in the devastated Sixth or far south district.

Fama mentioned the lack of power or unstable supply in many towns. The problem also affects water supply.

The province has offered to do the vaccination drive in these areas but would still need local frontliners, who were also affected badly by Odette, to help.

“They’re the ones who will create the demand generation since they know the people there,” Fama said.

But “we don’t want to rush and impose,” Fama stressed, adding that the priority in the affected areas is still delivering basic services and food assistance to the typhoon survivors.

More than 800 residents of the province are still in evacuation centers.

Kabankalan City, one of the most flooded areas, on Wednesday, December 29, posted on Facebook to reassure residents that delivery of food aid would not depend on their vaccination status.

Dr. Marie Jocelyn Te, medical officer 4 of the Department of Health in Western Visayas, reminded the public to continue to guard against COVID-19.

“We should not be complacent even if we’re vaccinated,” she said, echoing other medical experts’ forecasts of a rise in cases due to people forgetting to wear masks during Christmas gatherings of clans and friends.

Negros Occidental Governor Eugenio Jose “Bong” Lacson said on December 28 it may take a month to restore normalcy to the power sector as 200 lines went down when Odette hammered the province’s southern part .

Sipalay City and the towns of Hinoba-an, Moises Padilla, and Don Salvador Benedictor still have no power due to having many downed posts. Sipalay’s feeder sources are also not yet working.

The rest of the towns and cities in the province only have partial power supply. Even parts of the province’s capital, Bacolod City, still lack power. – Rappler.com