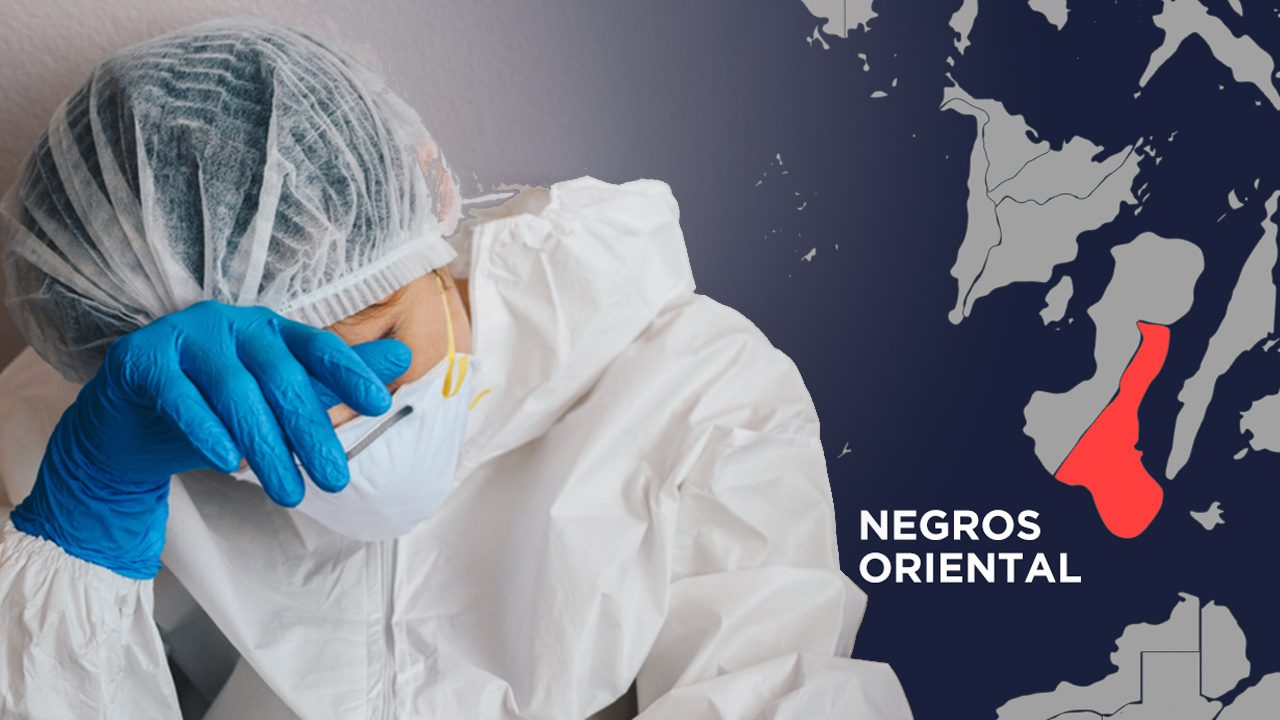 Facebook Twitter Copy URL
Copied
Testing, isolation, and vaccination will instead be ramped up, according to provincial IATF ground commander Dr. Lilland Estacion

The Department of Health regional office (DOH-7) does not recommend placing Negros Oriental under enhanced community quarantine (ECQ), the strictest quarantine classification, even if it projects COVID-19 cases to continue surging.

“He will not be [recommending] an ECQ. Ang iya lang gisulti is minimize the movement of people because kinahanglan nato i-balance ‘no. So this is not a peak, but maghimo lang gyud ta’g mga strategies on how to contain our positives, the suspects, and probables, and to lessen the movement of people,” said Negros Oriental Inter-Agency Task Force ground commander Dr. Lilland Estacion in a press briefing on Tuesday, May 25.

On Sunday, May 23, the Negros Oriental Medical Society and the Philippine College of Physicians-Negros Oriental Chapter proposed a province-wide ECQ to give the healthcare system a “reprieve.” Negros Oriental remains the province with the most number of active cases in Central Visayas at 1,062, according to DOH-7’s May 25 report. All major public and private hospitals in Dumaguete City have reached critical to full capacity in terms of their COVID-19 beds.

According to Estacion, DOH-7 regional director Dr. Jaime Bernadas instead proposed strategies on how to manage the outbreak in the province.

Testing will be ramped up in Dumaguete City, epicenter of Negros Oriental’s COVID-19 outbreak, to a quota of “500 to 600 per day for the next two weeks.” Estacion said that this will help the province get the “real score” on the COVID-19 situation in the provincial capital. As of May 25, the City IATF reported 201 active cases in Dumaguete City.

To decongest hospitals, the provincial government is also scouting for hotels and dorms that will serve as quarantine facilities for mild and asymptomatic patients. DOH-7 is also willing to augment the province’s healthcare workers.

Negros Oriental had received 34,664 doses, and had vaccinated 15,797 people, according to Estacion. This is around 1.16% of its population of more than 1.3 million people.

An executive order on new restrictions to control the surge is also expected soon from Governor Roel Degamo.

“This is the time na we have to move on, to double time, because we were told this is not yet the peak, so we will be expecting more. So I think we are at the right time in doing what is the recommendation of DOH,” Estacion said. – Rappler.com