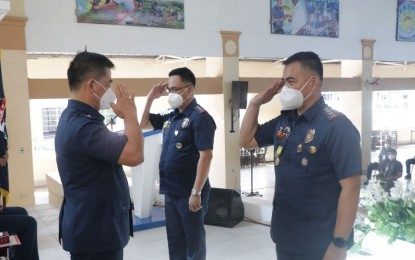 Col. Richard B Baluis, the regional police comptroller, took over from Col. Pablito B Asmod Jr at the Guimaras Police Provincial Office.

Mariano and Pamittan are from the Camp Crame National Headquarters.

Solis said the reshuffle is part of the PNP’s career enhancement program, which tries to move around senior officials in key positions after more than a year of service.

Personnel movement during the election period is banned unless authorized by the Commission on Elections.

Solis said Mariano was not able to attend the ceremony due to new travel requirements from Manila to Iloilo City. – Rappler.com