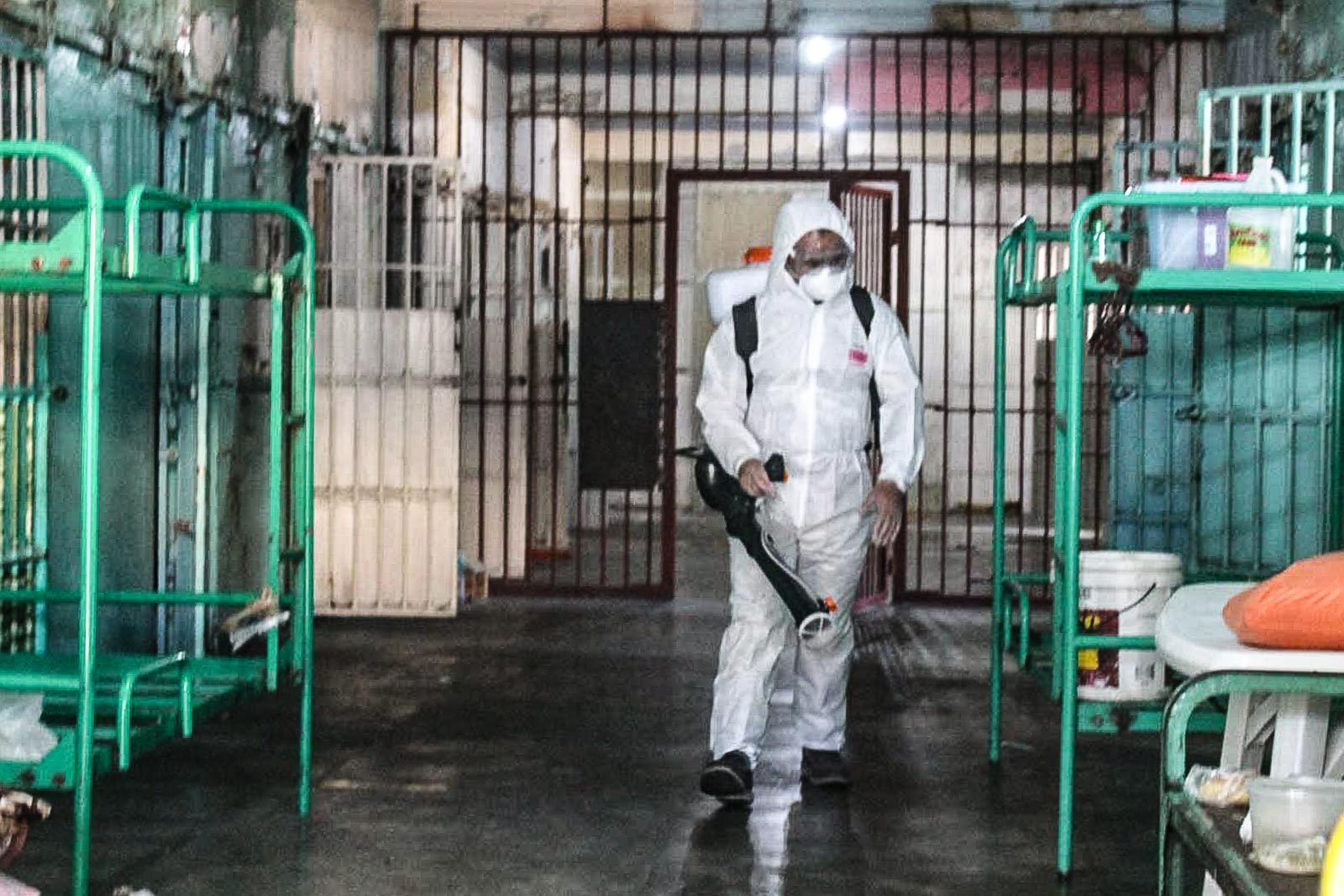 No liabilities have yet been seen against officials of the Bureau of Corrections (BuCor) for the high number of deaths in the New Bilibid Prison amid the raging pandemic, including those from two successive riots.

“The National Bureau of Investigation has not found any evidence so far that any foul play was involved in the deaths of certain high-profile Persons Deprived of Liberties (PDLs), including former mayor Antonio Sanchez,” Justice Secretary Menardo Guevarra said on Tuesday, April 13, in response to reporters.

Before Sanchez died on March 27, there was a series of deaths of high-profile inmates which initially roused curiosity from senators.

Among those who died was Jaybee Sebastian, a witness in the Leila De Lima drug cases.

The congressional inquiry into these deaths, however, never happened.

Aside from high-profile deaths, Rappler found in earlier investigations that dozens of prisoners died without ever being tested for the coronavirus. These lapses raised questions about limited testing in prison facilities, and concerns about not getting a full picture of the state of infection there.

Guevarra even said in July 2020 that BuCor’s protocol for dying inmates was “quite inadequate.”

As the Commission on Human Rights (CHR) pushed the Department of Justice (DOJ) last year for more information into these deaths, Guevarra said in July 2020: “The DOJ has been trying to uncover strange things happening at the BuCor.”

Asked on Tuesday whether he was satisfied with the explanations thus far, and that no “strange thing” happened, Guevarra no longer answered.

The BuCor is an attached agency to the DOJ, although the BuCor law defines the relationship as “administrative supervision” only.

But when two riots happened in a month last year, killing 13 inmates, Guevarra was more assertive as a supervisor, saying “I want to know why the prison authorities failed to detect and prevent such a huge gang war that left many inmates dead or injured.”

Guevarra on Tuesday did not directly answer questions on administrative liabilities of BuCor officials.

“The explanation was something more or less expected. A long-standing rivalry ignited by a rather flimsy encounter. Since then the BuCor has taken several measures, from removing gang tattoos to frequent searches for improvised weapons. Efforts are now heavily focused on containing the spread of COVID-19,” said Guevarra.

Guevarra added that the question on administrative sanctions should be directed to BuCor Director General Gerald Bantag.

But Guevarra said on November 11, 2020: “Maybe when the new report comes in as to what the administration has done to prevent these things from happening, that’s the time that I will make a statement whether an administrative investigation will be conducted.”

Reminded of that pronouncement, Guevarra said: “[I] will review the BuCor report. I don’t remember any specific recommendations.”

“But as I have said above, the BuCor has since taken several measures, and no further riots have occurred,” the secretary added. – Rappler.com