Hawaii-based lawyer Michael Jay Green comes to the defense of Pastor Apollo Quiboloy, accusing the administration of US President Joe Biden of singling out the Davao-based pastor while turning a blind eye to other alleged human rights violations by the US in other countries.

CAGAYAN DE ORO, Philippines – The head of the legal team of embattled Kingdom of Jesus Christ (KOJC) leader Pastor Apollo Quiboloy on Friday, December 10, called the allegations of sex trafficking and money laundering against the preacher “all a bunch of nonsense” meant to bring the religious leader down.

Honolulu-based lawyer Michael Jay Green told Rappler the controversy surrounding Quiboloy – including his November 18 indictment in the United States along with several of his associates – was the handiwork of Shishir Bhandari, a Nepalese who used to work as operations manager of the pastor’s Davao City-based airline company, Apollo Air.

Apollo Air’s Facebook page shows that the company has a fleet of helicopters available for chartered flights in Mindanao. Aside from helicopters, Quiboloy also owns a  2015 Cessna Citation Sovereign Plus.

According to former members, Bhandari was a trusted worker of Quiboloy, and he also once headed KOJC’s information technology department. He is married to lawyer Lady Jade Canada, a scion of one of the oldest families in the KOJC.

Interestingly, Canada’s father Gregorio used to be a close security aide of Quiboloy, and he also served as barangay chairman of Tamayong, a village in Davao City where the KOJC’s eight-hectare “prayer mountain” is located.

Green said Quiboloy and Bhandari had a falling out after the KOJC moved to audit Apollo Air and the KOJC-owned Jose Maria College Foundation Incorporated, where the Nepalese’s wife worked.

“When he (Bhandari) found out that they were gonna do an audit, they ran like thieves in the night,” Green told Rappler in an interview over the phone on Friday.

They were, according to Green, among 14 “dissidents” working against Quiboloy.

“They ran away from Davao City…. He (Bhandari) contacts the FBI (Federal Bureau of Investigation) and makes a deal with them…. He was going to be accused of stealing,” Green said.

He could not say exactly how much was supposedly embezzled from Quiboloy’s group, but he added that the amount “could run in the hundreds of thousands, even millions (of pesos).”

Pia Boisvert, the office manager of Green’s law office, said they couldn’t disclose the exact amount because “it’s part of a pending case.”

Bhandari and his wife cannot be reached for comment as of this posting. Rappler will update this report as soon as we hear from the couple or their representatives. 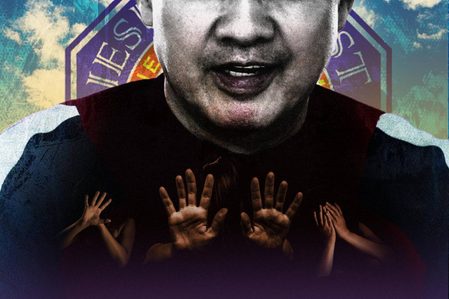 Green said the deal included extended visas for Bhandari and his family members whom he brought to the US, and then “he proceeded to lie to the FBI, lied to immigration agents” about the alleged smuggling of money by Quiboloy’s group.

He said Bhandari was among those investigated by the FBI in connection with the now-dismissed currency smuggling case against the KOJC head in Hawaii, Felina Salinas, that resulted from the seizure of U$350,000 in cash placed in a suitcase inside Quiboloy’s private aircraft in 2018. Salinas pleaded guilty to giving a false testimony that the suitcase belonged to her, and was fined US$500 and sentenced to 30-day detention for that.

Green said Bhandari told investigators at that time that he knew nothing about any currency smuggling involving Quiboloy or Salinas, and the “FBI’s report on this was clear.”

He said Bhandari was saying the opposite two years later, and the “FBI knew it was a lie.”

Green said: “This is payback. This is a man who was given a place to live with his wife and family in California. They have visas. They don’t have to go back to Nepal. They’re doing anything they can to destroy this church.”

In the name of charity

Green said neither did Quiboloy’s group force anyone to work for the church nor subject them to poor living conditions in the US, contrary to the charges in the indictment document.

He cited FBI raids against the KOJC carried out in California and Virginia. “The FBI got these buses, raided churches, homes, and compounds, expecting to fill the buses with these poor, enslaved people and people who were sex-trafficked. The buses came in empty and they came out empty.”

“These are all lies,” Green said.

He said the donations that people gave to KOJC were in the form of tithes just like in other religious groups, and those who worked long hours asking for donations did it for charity.

According to Green, the money they raise goes to the needy around the world, including “hundreds and hundreds of people in Davao City that went to college and got free education.”

He added: “Everyone got a change of life. It came from selling cupcakes and candies. If they didn’t like working for the church and raising money for orphans and poor people, just leave! If you don’t like that, go home!”

Boisvert, Green’s associate, said 70% of the students in Quiboloy’s school in Davao were granted full scholarships, and Green claimed that several hundreds more were enjoying “extremely reduced fees” as a result of the KOJC’s charity work.

Aside from that, according to Green and Boisvert, KOJC’s charity arm has also been conducting daily supplemental feedings and other charity work to help the homeless and orphans, and even providing some with housing and libraries, “in almost every country around the world.” Green said the former KOJC members who spoke out against Quiboloy were all associated with Bhandari, who allegedly orchestrated an international campaign against the church.

“He (Bhandari) and his wife have been reaching out to people all over the world to get women to say that they were molested,” said Green. “He’s the main guy who’s infected other people. They (women) get phone calls from Bhandari and his wife.”

US federal prosecutors in Los Angeles, California, have charged Quiboloy with making female church workers, including minors, have sex with him under the threat of physical harm and “eternal damnation.”

Former KOJC members Arlene Caminong Stone, Reynita Fernandez, and Faith Killion recently spoke to Rappler, detailing the alleged excesses of Quiboloy, corroborating some of the charges in the 74-page indictment document. Stone, a former full-time church worker, alleged that the preacher turned some of the “pastorals” into “spiritual wives” who took turns sleeping in his bedroom.

“They said terrible things about the pastor. The worst that you can say about pastors or priests is that they’re sex trafficking. How could you say anything worse than that?” Green told Rappler. “No such thing is going on. He protected children. He protected women. The man spent decades helping the poor and the orphans.”

Stone and Killion, however, laughed off Green’s allegations against Bhandari and his family members, saying it only bolstered their separate accounts about how Quiboloy’s group has been getting back at those who severed their ties to the Davao-based religious group.

“The entire family left and, because that made Quiboloy angry, they (KOJC) are now fabricating a story about how they supposedly stole money. They’re doing that to everyone who left. This is a Quiboloy trademark. It’s a pattern, and a diversionary tactic,” said the Kentucky-based Killion. – Rappler.com