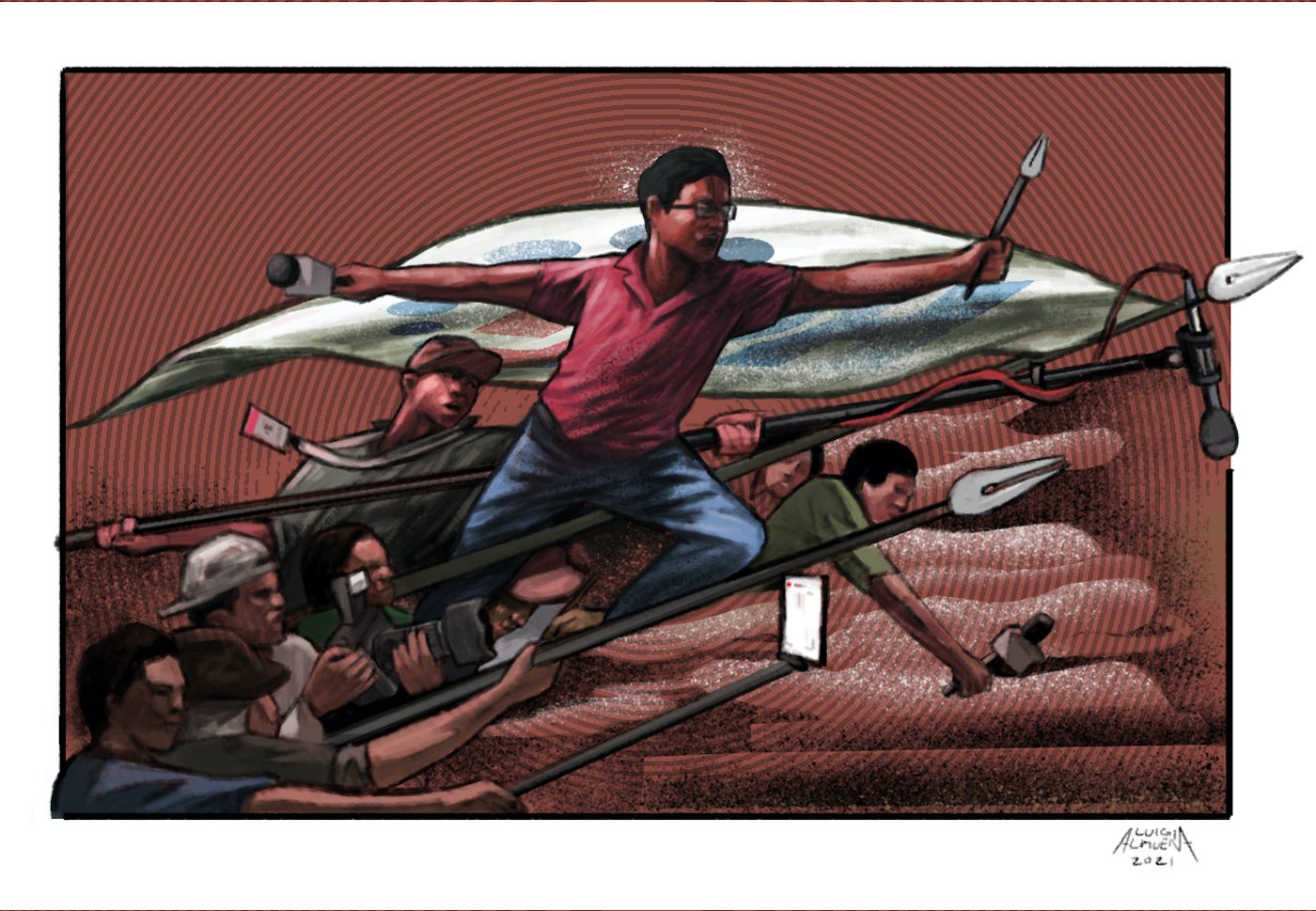 Facebook Twitter Copy URL
Copied
The NUJP chair emphasized how important it is for journalists to diligently report the attacks, show solidarity with each other, and demand government action to prevent these attacks.

MANILA, Philippines – The National Union of Journalists of the Philippines (NUJP) and the Center for Media Freedom and Responsibility (CMFR) recently sounded the alarm over hostilities the media have been facing in the days leading to the May 9 elections.

The Philippine media experienced several election-related incidents, such as the banning of reporters in campaign events, refusal by candidates to attend media-hosted debates, a series of distributed denial of service (DDoS) attacks on news websites during presidential interviews, and hostility against news organizations and reporters in relation to their coverage of the candidates.  [READ: Cyber attack hits CNN Philippines on day of presidential debate] NUJP chair Jonathan de Santos said that candidates’ attempts to manage the news media have led to restrictions in access to the 2022 campaign trails.

(There are constraints on coverage. They’re choosy. For example, I’m accredited with them, but I’m from a newsroom they don’t like, so they won’t let me cover. Or there’s an ambush interview but it’s pre-screened and only one question is allowed.)

De Santos emphasized how important it is for journalists to diligently report the attacks, show solidarity with each other, and demand government action to prevent these attacks.