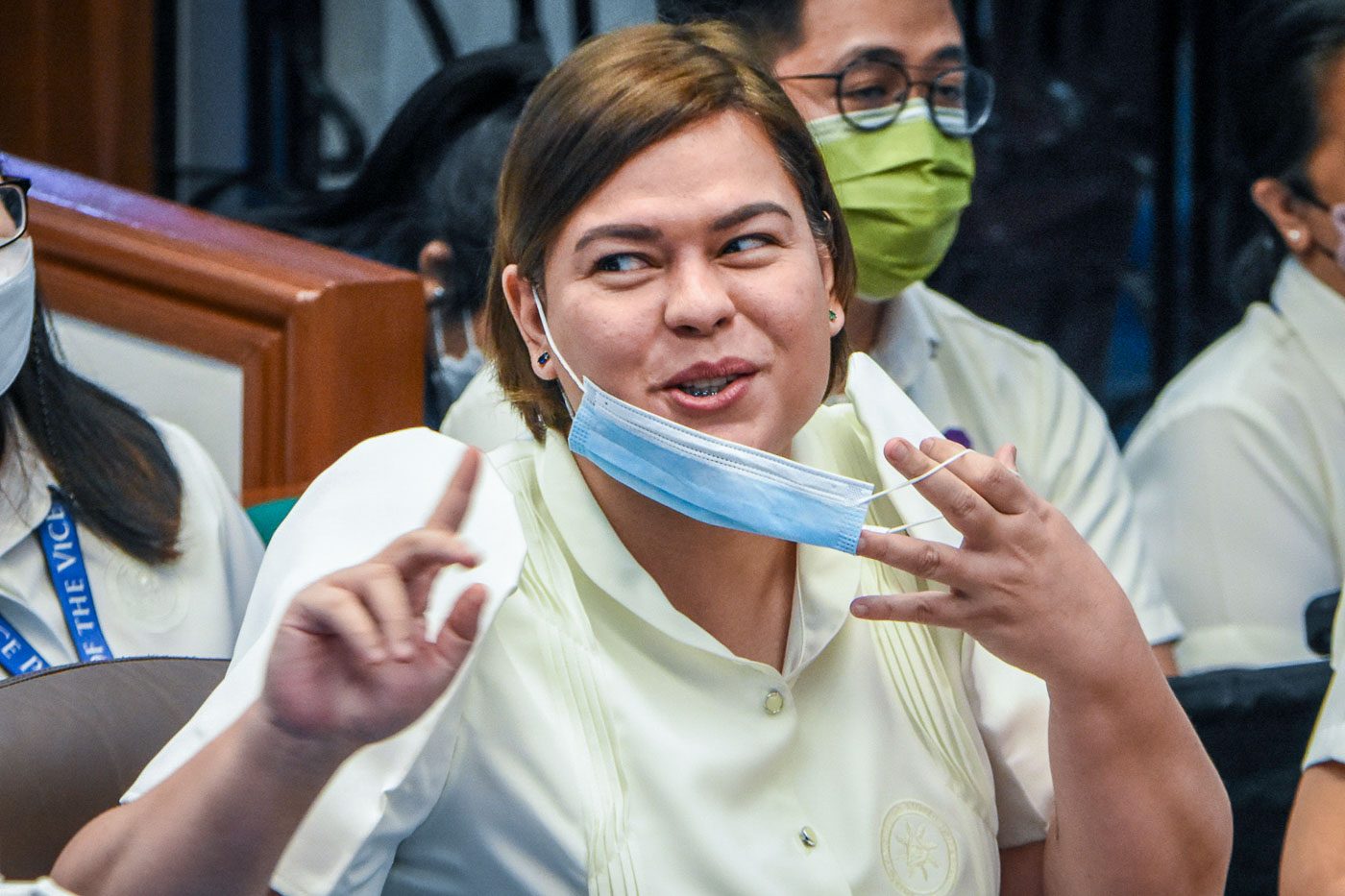 SENATE APPROVED. Vice President Sara Duterte attends the budget deliberations of the Office of the Vice President for the fiscal year 2023, on November 14, 2022.

Facebook Twitter Copy URL
Copied
It is only Senate Minority Leader Koko Pimentel who questioned Vice President Sara Duterte's budget, which is a three-fold increase from the OVP's 2022 allocation

MANILA, Philippines – The Office of the Vice President’s (OVP) 2023 proposed budget of P2.292 billion, which included a hefty P500 million in confidential funds, was approved by the Senate on Monday, November 11.

It was only Senate Minority Leader Koko Pimentel who asked questions about the OVP’s proposed budget. The opposition senator specifically questioned the controversial P500-million confidential funds and other programs of the OVP which he said were a “replication” of existing government projects.

But despite Pimentel’s prying, the committee report breezed through the Senate untouched.

“For medical and burial assistance, kung may lumalapit sa opisina, nirerefer namin sa existing programs ng DSWD (if there’s anyone seeking help from our office, we refer them to the existing programs of DSWD). Is it our intention now for the OVP to replicate other programs of other agencies of the government?” Pimentel said.

The bulk of the OVP budget will be allocated in its social services program or what it called “good governance program.”

Senator Sonny Angara, who sponsored the OVP budget in the Senate, said that there would be no duplication of OVP projects from existing government programs.

“It’s part of the OVP’s mandate to deliver services in the country,” he said.

Pimentel also asked to remove the P500-million confidential funds to bankroll other agencies, like the Philippine Postal Corporation. But Angara disagreed with Pimentel’s suggestion.

“I would not agree… Maybe we should look for other sources and not prejudice the OVP, as the second highest official of the land, who deserves support and we want her to succeed,” Angara said.

After Pimentel’s futile interpellation, the Senate moved to approve the proposed budget of the OVP. “The budget of the Office of the Vice President is submitted,” Senate President Pro Tempore Loren Legarda said.

Pimentel said that he will ask for the deletion of the confidential funds “at the proper time.” – Rappler.com