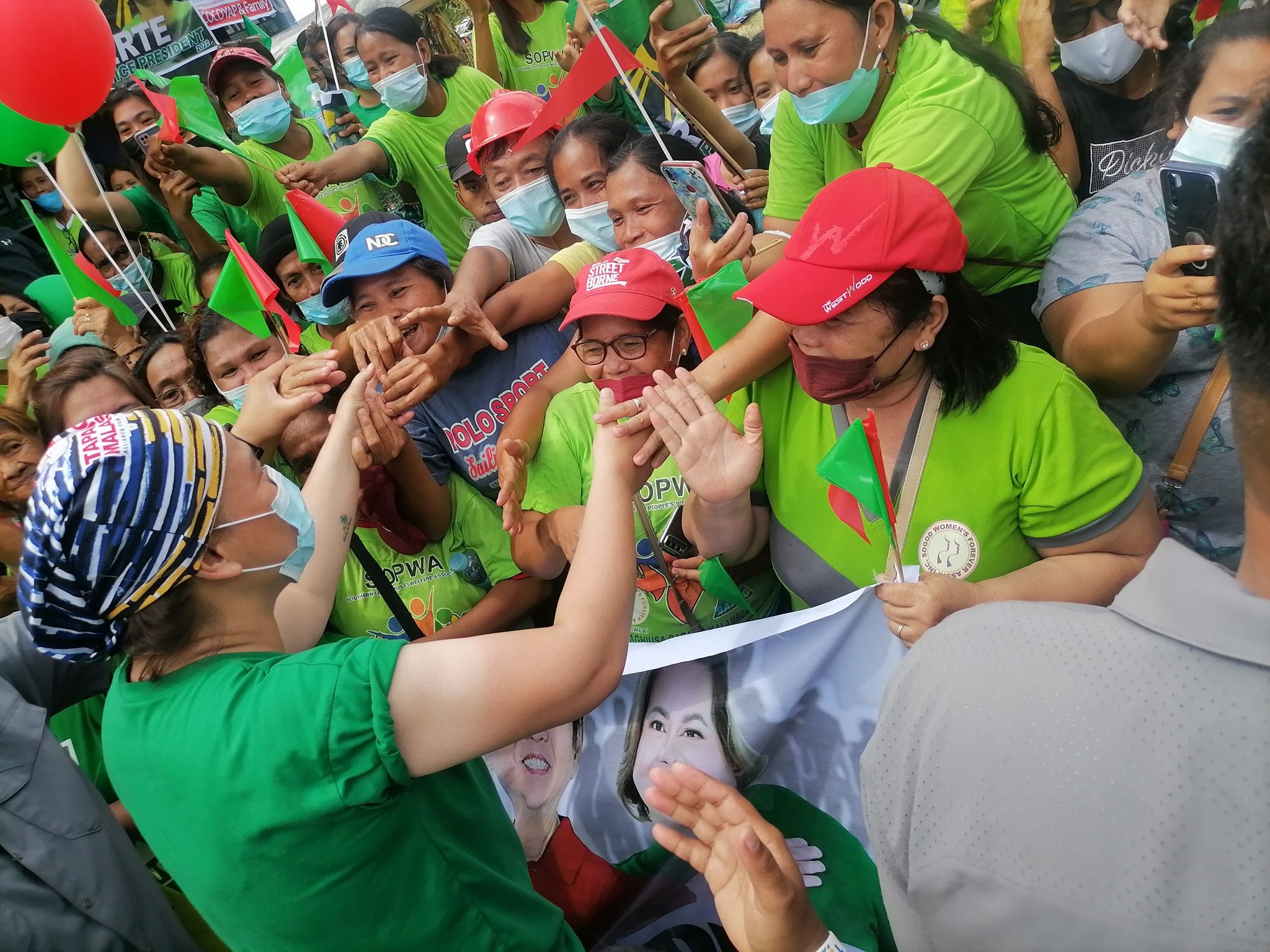 TACLOBAN, Philippines – The top officials of Southern Leyte and at least 18 mayors in the province are supporting the Uniteam of presidential aspirant Ferdinand Marcos Jr. and his running-mate, Davao City Mayor Sara Duterte.

In December 2021, the UniTeam candidates brought aid to the province, which was badly hit by Typhoon Odette.

The Davao mayor played on local loyalty to heritage, citing her paternal grandmother’s roots to Liloan in Southern Leyte.

She had also played up her father’s roots in Cabadbaran, Agusan del Norte, visiting the childhood school of her paternal grandmother, Soledad.

Yap’s Tiktok account shows a collection of Sara photos set to a light, romantic song. The vice governor also has videos of him meeting and planning with the Davao mayor  and her team.

Rappler tried to get a confirmation from Mercado but has still to receive his reply.

In a Facebook post, Sara said  she was happy to meet the descendants of her great-grandfather’s brother in Liloan.

Yap said the Roa clan are also from Maasin, the provincial capital where the President was born. They also have roots in Panaon island.

In an interview with reporters, Sara said she thought of the MNAP Ride as a solution to frequent cancellations of sorties because of local COVID-19 surges.

“We thought to just make a touch and go swing, no mass gatherings, no indoor events,” she said.

The initial concept plays up the nautical highway conceived by former President Gloria Arroyo, who convinced Sara to sign up with her Lakas-CMG party.

It also highlighted the tough image of Duterte on a motorcycle, though a convoy of several vans and buses joined her through the swing.

However, Duterte said they discovered it is hard to maneuver “big bikes” through crowds as she leaves events.

The mayor accepted the loan of a four-wheel drive with a strong sound system and a sunroof where she emerges to address crowds from a distance.

“I choose them because I believe that BBM and Inday Sara can continue the legacy of their parents,” Candingan said in a text message.

The son of Libagon town Mayor Ranque Sabina posted on Facebook a photo of the latter with Sara.