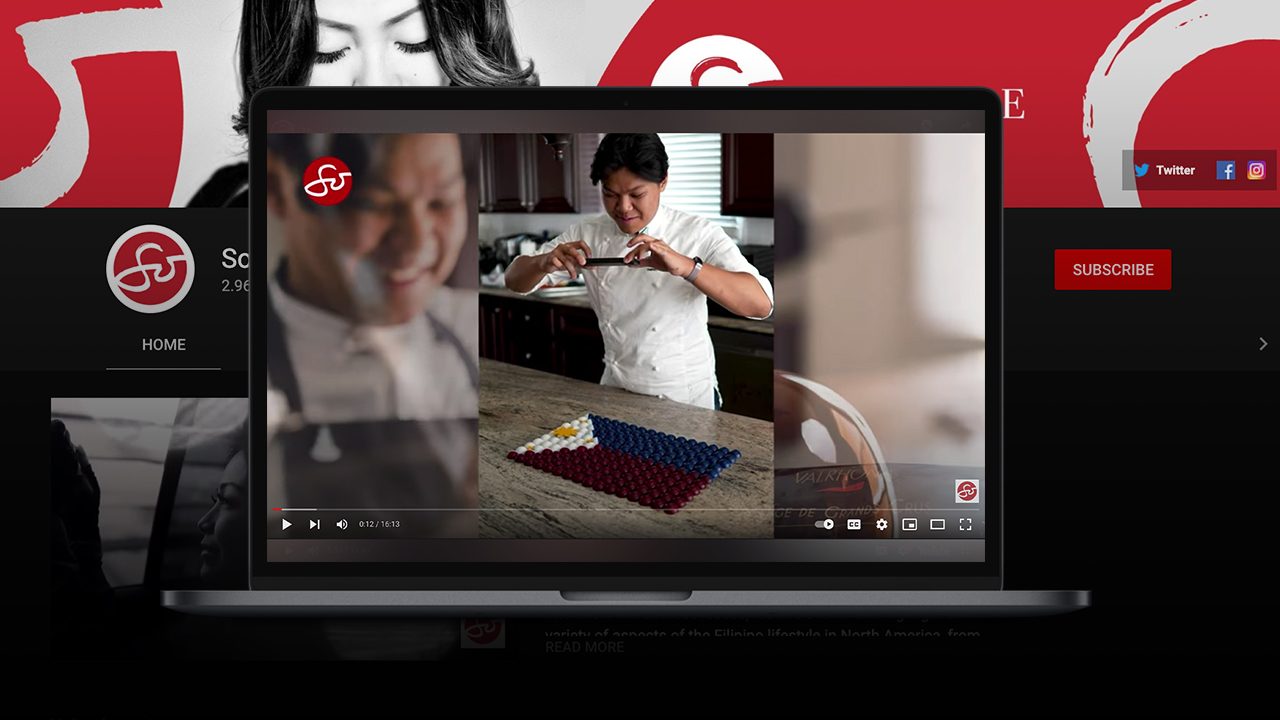 If you asked Daniel Corpuz before the pandemic whether he’d become an entrepreneur, taking risks and forging his own path in the chocolate business, he’d have said, “No way.”

Corpuz, who is one of the featured contestants on the Netflix series School of Chocolate, which launched on November 26, had an exclusive one-on-one interview with Filipino-American media pioneer Jannelle So Perkins, for the latter’s So Jannelle TV, which airs US-wide on cable channels The Filipino Channel (TFC) and ANC, as well as on local Southern CA digital channel KNET 25.5. 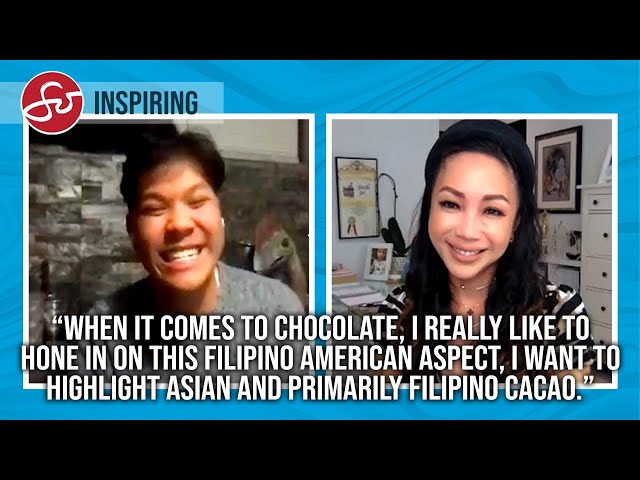 Prior to the pandemic, Corpuz said his focus was on working his way up through the food industry the traditional way: by getting into a restaurant, becoming a pastry sous chef and, eventually, becoming a pastry executive chef. But that all went awry during the pandemic when, like so many others in the food industry, he lost his job. Faced with great uncertainty, Corpuz decided to bet on himself and start manufacturing and selling his own chocolates under his own company, Daniel Corpuz Chocolatier.

“During quarantine, I was like, ‘What can I do?’ I said, ‘Let me sell chocolates, that’s something I loved to do.’ I did it well clearly that a lot of brands I use followed me and complimented my chocolate,” said Corpuz.

That road led him to become the only Asian-American representation in the eight-episode series that stars French pastry icon Amaury Guicho. The show offers prizes that include $50,000 in cash, and other perks such as having the show’s sponsor, chocolate manufacturer Cacao Barry, manufacture up to 500 pounds of the winning chef’s signature chocolate.

The New York-based Corpuz, who has degrees in baking, pastry, and business administration, added that the road to building his own brand hasn’t been easy. So Perkins pointed out that being a creative person can often come into conflict with being a calculating business person, but Corpuz seemed to have found a way to balance it and offered a piece of advice.

“For anyone starting a business, the first thing you need to remember is to find a product that people will want. Once you have that, then you can start thinking about what are your costs, how much time are you putting into this, and from there, you can flesh out your concept even more,” he said.

Corpuz did find a product that people wanted, with many customers continuing to buy his chocolates from the first batch. All of his chocolates have his own personal touch to them. Corpuz handpaints, sprays, and decorates them with colored cocoa butter to give them an aesthetically pleasing feel to complement their delectable taste.

Corpuz also markets, sells, and ships each order – something he said he was reconsidering since the demand for his chocolates has skyrocketed following the show’s debut. Now he’s considering hiring more people and expanding his workspace to scale his operations up.

“That need for expansion is coming sooner than I anticipated,” he said. “On a surface level, my following has exponentially skyrocketed. I swapped for a business account on Instagram so I’m able to see my analytics, and you see this curve where it was flat and it flies up in the past two days. I have received so many messages of support and congratulations from people from around the world, a lot of whom are Filipino. Being the only Asian-American representation on that show, a lot of people connected with me and I’m very grateful for the support that I’ve received.”

That representation is more than just his identity; it’s also baked into his products as Corpuz uses cacao from Asia, which isn’t the norm in the food industry.

Additionally, as the youngest contestant on the show, Corpuz is holding his own with major players in the industry. It’s teaching him a lot about the keys to success and about himself, as well.

“I’m going against seasoned vets and executive chefs at hotels who own their own businesses. The fact that they went on the show to learn and I was on that same level, it was gratifying to be like, ‘Wow, I’m good at what I do, but I can keep working,'” he said. – Jannelle So Productions | Rappler.com