Eric Bauza figures that he won’t be getting any calls to be the leading man in a romantic comedy. But he knows he could play one in an animated show, provided that his chameleon-like voice matches the role.

The Filipino-Canadian voice actor has found his niche in Hollywood, voicing a number of iconic characters, including Bugs Bunny, Tweety Bird, and Porky Pig, as well as contemporary characters on popular animated shows like The Fairly OddParents and Ben 10: Omniverse.

Bauza sat down with Filipino-American media pioneer Jannelle So Perkins at his Los Angeles home to discuss how a child who made funny voices around his home in Toronto has gone on to be the voice of so many famous animated characters.

“It really is like winning the lottery. Because when you audition for Bugs Bunny, I’m not the only one who grew up watching Bugs Bunny. There are millions of people who have that character in their life. Bugs Bunny and Tweety Bird, they’re 80 years old. They’re like our lola and lolo,” Bauza said during the So Cool segment of SoJannelleTV, which airs US-wide on cable channels The Filipino Channel (TFC) and ANC, as well as on local Southern CA digital channel KNET 25.1. 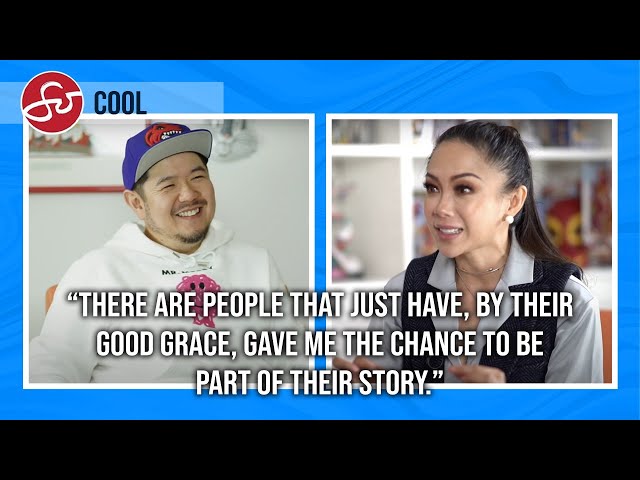 Like many other Filipino households, Bauza’s had a karaoke machine in it. He was intrigued by the microphone and would amuse his family back home in the Philippines with voice recordings talking about how much he loves palabok and lumpia.

He studied radio, television, and film production at Toronto’s Centennial College and figured he’d eventually transition into a career in radio. His big break came when he got an internship at an animation studio in Los Angeles. He was allowed to perform scratch dialogue, or temporary dialogue, for the Nickelodeon show El Tigre: The Adventures of Manny Rivera. Scratch dialogue accompanies an animatic, which is a storyboard drawing that isn’t fully animated. The scratch dialogue is usually replaced by the intended voice actor later on, but the producers liked Bauza’s voice and allowed him to voice many more characters after that.

Of all the characters he’s done since, Bauza still lists Bugs Bunny as top of the list.

“Because every time I do this voice, people smile like you,” said Bauza in full Bugs tenor. Bauza said he had grown up doing impressions of Bugs Bunny but conceded that they probably didn’t sound all that great. But with practice, he has perfected it and has remained the consistent voice of the character for a decade, including in the latest Space Jam movie.

“In 10 years, I’ve only auditioned for Bugs Bunny twice, which shows you how often they change. They want to stay consistent, and the only reason why they would change is if the story changes, the focus of the story, how they want to depict this character from the last time is so different,” said Bauza.

Despite not appearing on camera, Bauza said voice acting still requires a firm understanding of acting. A voice actor must be able to convey emotion without the assistance of his facial expressions or body language.

“It still comes down to good acting, even if you’re playing a cartoon rabbit. You still have to feel for this rabbit, you still have to believe this situation is happening,” said Bauza.

“You could be handsome or beautiful and be on camera, and that is just enough. If you are behind the microphone and you cannot emote or act, then they are gonna find someone new.”

Bauza hopes to inspire other Filipino and Asian-American voice actors to pursue their dreams.

“I want there to be a million Bugs Bunnies out there, not just one. I want to share that experience because I’m definitely not gonna be the last person. By the looks of it, he’s gonna be here for many more years to come. I’m really excited and proud to push these characters forward with the time that I have with them,” said Bauza. – Jannelle So Productions | Rappler.com

Check out SoJannelleTV daily for stories that make you pause, reflect, and appreciate who we are and what we are as a people.