Chef Sally Camacho makes no secret about her love for competition. Since her first time entering a pastry competition in 2002, the Filipina-American chef has thrived on bringing out the best in herself on the biggest stages.

“I compare it to like if you’re in a boxing ring. You train and you train and you train for this one moment and you do everything to do your best in that moment. I love pushing myself to those limits in pastry and doing what I do,” Camacho told Filipino-American media pioneer Jannelle So Perkins, for the latter’s So Jannelle TV, which airs US-wide on cable channels The Filipino Channel (TFC) and ANC; as well as on local Southern CA digital channel KNET 25.1. 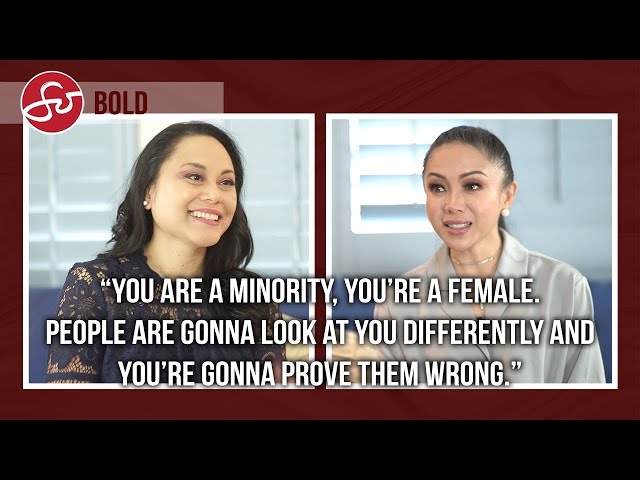 Much of the world knows her from being a finalist in season 2 of Top Chef: Just Desserts, but Camacho has been blazing trails for many years. In 2007, she was on the first all-female team to ever compete in a pastry world or national competition. Then, in 2011, she won the Valrhona C3 competition in Paris, France, taking the US title and advancing to the world competition the following year in Madrid, Spain. She finished third, but took pride in how the other two podium finishers were also Asian women.

Despite her incredible international success as a pastry chef, Camacho originally trained as a chef for savory foods. She found the love for creating pastries after getting her start at The Four Seasons Los Angeles at Beverly Hills. The position of pastry chef wasn’t a popular one in the kitchen, so she fell into the job and made it her own specialization. Her career has blossomed since then, moving into teaching stints at institutions like the Culinary Institute of America and executive positions at luxury hotels like the Fairmont Turnberry Isle Resort in Miami.

She has stunned tastebuds the world over with her signature sweets, including her vanilla souffle, marjolaisian, mango trifle, plus ube chocolate chip cookies. Still, she finds some obstacles in leadership roles as a woman of Asian descent.

“I’ve also been in positions where if I’ve given direction to an older male person and they don’t want to hear me or they ignore me. That’s happened even recently when I was a partner at a restaurant a few years back. Probably everywhere in my career I’ve witnessed and experienced something like that,” said Camacho.

Still, that pushback from other chefs who didn’t want to take orders from her, regardless of the reason, hasn’t discouraged her from being bold in the workplace.

“My parents were always like, they bred me that this world is not easy. ’You’re a minority, you’re a female. People are going to look at you different and you’re going to prove them wrong,’” remembers Camacho, who now works primarily in private catering.

So far she has proven them wrong, and continues to do so while pursuing a passion that fulfills her and keeps people smiling.

“I love feeding people, I love people enjoying the food that I make. I love being part of someone’s ceremony and seeing their faces light up when they see this gorgeous wedding cake before them or something that I made for them. That makes me feel so good,” Camacho said. – Jannelle So Productions | Rappler.com