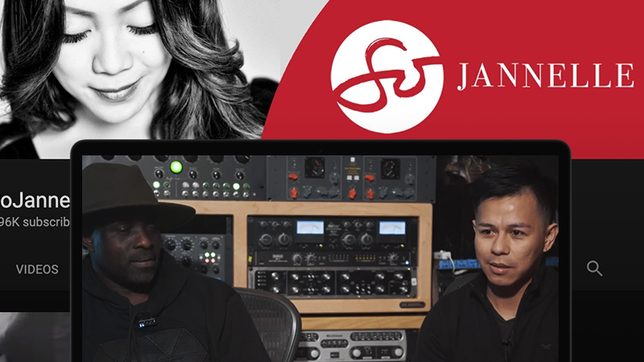 Luigi Seno figured he was done with music.

The acoustic rocker from Cebu City had settled into his life, working at a hospital in Southern California, years removed from his quarterfinal finish in season 5 of America’s Got Talent in 2010.

Still, a coworker of his named KG wouldn’t take no for an answer. He begged Seno to join him in the studio, even just once, to give music one more chance. If it didn’t feel right, then Seno would have lost nothing. But KG, and perhaps even Seno, had to know for sure.

The result was a rekindling of the passion that Seno had for music, and it opened the door for his latest collaboration with international music producer DJ Fredy Muks and Filipino reggae singer Bugoy Drilon. The track, titled “Real Friends,” premiered on October 3 and features Seno and the Camarines Sur native Drilon laying soulful harmonies over laidback Afrobeats strings.

The collaboration opened Seno’s eyes to a new genre of music that he had never conceived of prior.

“I fell in love with Afrobeats, I had never heard this kind of music before. It’s so catchy, it’s a different vibe,” said Seno in an interview with Filipino-American media pioneer Jannelle So Perkins for the latter’s SoJannelleTV show.

Seno and DJ Fredy Muks, who is also board chair for world music at the Grammys, sat down in the studio with So Perkins to discuss the track for a segment titled “So Cool.”

Muks, a native of Cameroon, said he has always been impressed by Seno’s ability to adapt to the cadence of different genres. His ability to adapt to African music even convinced Muks’ African colleagues, who couldn’t guess where the man whose voice they were listening to had come from. Muks wanted another voice on the track and asked Seno to find another singer from the Philippines to accompany him.

“He asked me, ‘Hey Luigi, do you know anybody in the Philippines who does Afro music?’ I told him, ‘Hey big bro, I think I’m the only one who does it…but I do know someone who does reggae,'” said Seno.

The opportunity to collaborate with Drilon came with a bonus for Seno.

“Little do people know, Bugoy is the reason I started singing,” said Seno.

DJ Fredy Muks laid down the music, but there still were no lyrics to accompany it. Seno struck down the idea of a love ballad, and then thought of composing a counterpart to Muks’ upcoming song, “Fake Friends.” Seno pitched the idea of a song showing gratitude for true friendship but just as quickly dismissed it as a silly idea. Muks didn’t think so, and everyone in the studio could feel the magic once the first version was recorded.

“After Bugoy recorded, I think we all cried,” shared Muks. “After listening to the recording, the feeling that it gave me, it would have been crazy if other people didn’t feel what I did.”

The music video was shot both in Cebu, where Drilon was located, and in California, where Seno lives. Other faces in the video came courtesy of fans who responded to Seno’s calls for video submissions on the social networking platform Kumu. Seno sent the hook, or chorus, to various people who answered the call, and they sent in selfie videos of them singing the part. Many of the videos came from the Philippines and various countries around Africa.

For Muks, his love affair with Philippine culture extends beyond one song. He said he feels like family with his Filipino friends and wants to collaborate with more artists from the Philippines.

As for Seno, his return to music is not a one-off. There is another song he has done with Muks that is in the works, and he has other songs that have been completed under the record label he’s signed with, Just Amazing Music.

“They’re all Afrobeats, so I can’t wait for you guys to hear them,” said Seno.  – Jannelle So Productions | Rappler.com