Jehenna Bana remembers feeling like a woman as a young child, putting on her older sister’s high-heeled shoes and dresses and admiring herself in the mirror. The transgender woman would eventually follow in her sisters’ footsteps, competing in beauty pageants in Candon, Ilocos Sur, Philippines.

Bana sat down with Filipino-American media pioneer Jannelle So-Perkins as she featured Bana’s “So Bold” story of transition and her trans woman journey for the So Jannelle TV program, which airs US-wide on cable channels The Filipino Channel (TFC) and ANC, as well as on local Southern CA digital channel KNET 25.1.

Bana revealed to So-Perkins that though it was clear early on that she identified as a woman, she feared the backlash and disappointment of her family in a conservative community. Though her parents were supportive of their bright child, her brothers were the most opposed to her effeminate disposition. 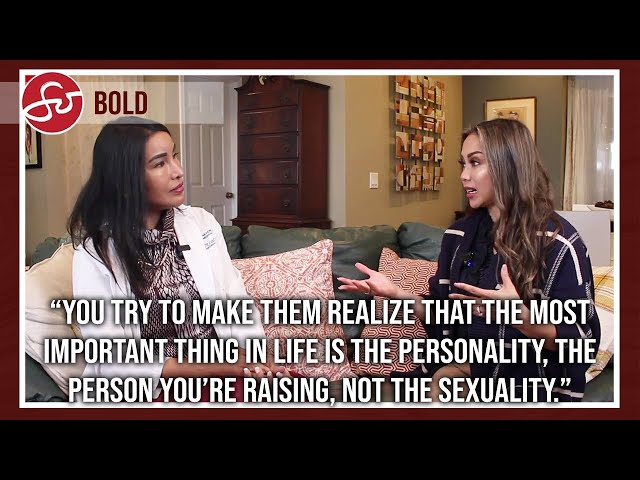 She recalled how she would sneak out of her window to compete in beauty pageants, where she received the support she needed to help her family understand her better.

“That’s when my siblings came to realize I’m not like other transgender women, who becomes a trans woman and moves to Japan, because that’s what they worried of me becoming a trans woman – that I [would] be wasting my education and opportunity to become a professional,” said Bana.

“A few years before coming here, I joined the pageant, and that’s when the people talked about me and talked to my family and especially to my brothers, [telling them] that you should be proud of your sister. She’s really good.”

Bana started competing around her town at age 14 and even competed in Spain, winning the 2017 Miss Beyond The Crown title.

It wasn’t enough to just be really good, however. Bana felt she needed to be great. She set out to excel at the top of her class in school. That hard work paid off, when Bana finished college and began working as a nurse at a network of kidney care facilities across America. She briefly lived in San Francisco, where she first began undergoing gender affirmation care. While she chose to undergo surgery, she said it wasn’t to adhere to anyone’s expectations of her.

“It’s the soul that needed surgery. You don’t have to change how you look and undergo all those knives, but look beyond that beautiful face. The heart is the most important thing,” said Bana.

Despite her successes, she has experienced difficulties that had to be overcome. She said that being a trans woman is a built-in handicap in job interviews, adding that finding love with someone who can fully accept you is also a challenge.

Bana said that while society has come a long way in tolerating transgender people, there still is far more progress needed in terms of accepting.

“I’m so glad there are LGBT organizations that organize a lot of activities and are working with the government to put in a bill or a law that protects LGBTs, not just at school, not just at work, but in general. There’s a lot of countries that do not provide that support,” said Bana.

“LGBT should stand strong and have that tenacity to continue working with our rights. I think that’s basic human dignity.” – Jannelle So Productions | Rappler.com

Rappler is partnering with Jannelle So Productions Inc, founded by Filipino-American pioneer and Los Angeles-based journalist Jannelle So, to publish video and written stories from SoJannelleTV about the journeys, successes, and challenges of Filipinos living in America.