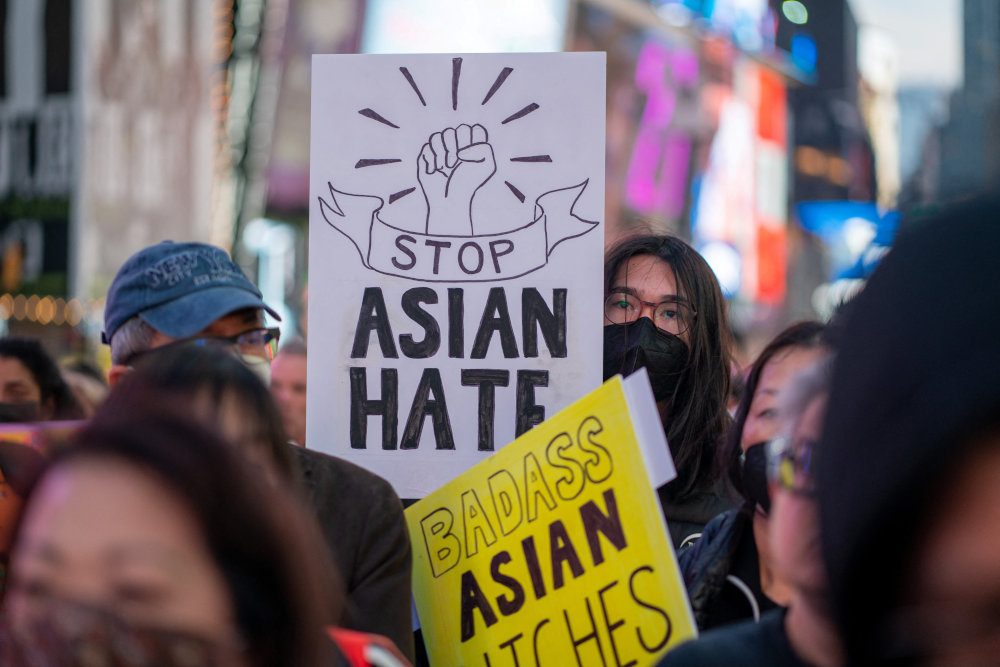 STOP ASIAN HATE. People participate in a 'Break The Silence - Justice for Asian Women' rally, in Times Square, in New York City, US, on March 16, 2022. 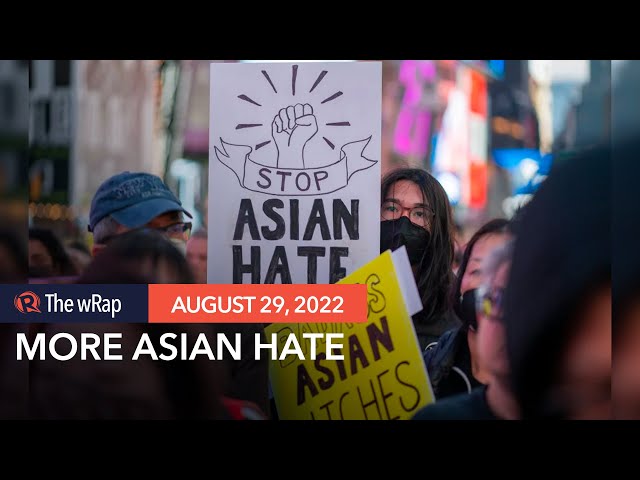 MANILA, Philippines – The Philippine Consulate General in New York has called on the Filipino community there to remain vigilant after another Filipino was attacked this week in broad daylight.

In a statement on Friday, August 26 (Saturday, August 27, Philippine time), the consulate said the victim was a 74-year-old woman who was punched in the face without provocation along Madison Avenue in Manhattan, New York.

“In view of this incident, the consulate reminds members of the Filipino community as well as kababayan visiting New York to exercise the necessary precautions at all times while on the streets or in the subways,” it said.

Reports by New York-based news sites stated that the attack happened on Wednesday morning, August 24. A video uploaded online shows the victim walking on a sidewalk when she was attacked by a woman wearing a white top who fled the scene after.

A WABC-TV report, meanwhile, said that the victim has gone home after seeking treatment from the hospital.

This incident is the latest in a string of attacks on Asian Americans, including Filipinos, that increased during the height of the coronavirus pandemic.

In March 2022, a 62-year-old Filipino woman was punched 125 times after she ignored racist profanities from the suspect. In October 2021, a Filipino nurse from New Jersey was killed near Times Square in New York City.