Power of ‘Gold’: Filipinas in Hollywood team up amid anti-Asian hate 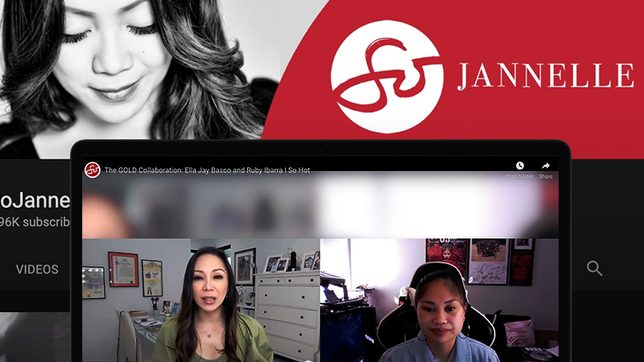 Facebook Twitter Copy URL
Copied
The group wants to impart the message that Filipinx-Americans should recognize their own individuality and beauty – and to feel confident in who they are, despite what society expects them to be

The result was one power anthem that underscores pride in one’s origin, heritage and color of skin, but the process behind “Gold” – the new single and music video released by 14-year-old Filipina actress Ella Jay Basco – brought together several Filipinx-Americans wanting to make a difference.

“‘Gold’ is really just to embrace that we are a beautiful culture, and we really love our skin and we don’t care about the model minority or the stereotypes or anything like that,” she said in an interview with Filipina American media pioneer Jannelle So-Perkins for the latter’s So Jannelle TV program.

On So Jannelle TV, Basco also revealed that she personally reached out to ask fellow Filipina artist Ruby Ibarra to add some powerful rap verses to the song.

The Bay-area rapper is known for her hits “Us” and “Here” raps, “I look around and I wonder if I’m good enough / But what’s good enough if I don’t love myself enough.”

“I’m always going to be such a large supporter of everything that Ella Jay does. But I think what made me champion her this time was the topic and the message of the song,” said Ibarra. “This is such a beautiful song that I think is not only empowering overall, but very important and necessary for these times.”

Both power Pinays are referring to the wave of anti-Asian hate that has resulted in numerous attacks against elderly Asians in the US. And while this battle is being fought outside of minority communities, there’s also a drive among BIPOC families to develop a deep love and pride for culture, and for it to start inside the home. 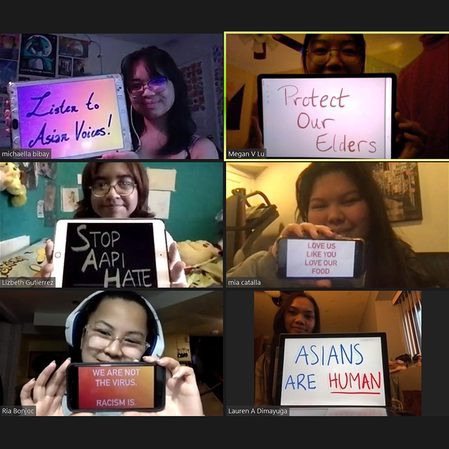 And home is where this song and subsequent music and commercial videos actually started. Ella’s father, Derek Basco served as executive director of the song that was cowritten and produced by Ella’s older brother, DJ Basco. Both men told So-Perkins that they felt that a message of strength and positivity was especially needed.

Ella’s aunt, Arianna Basco, served as executive producer of the music video and recalled to So-Perkins: “My investment in Ella started with when she was born. She was actually the impetus for our family to get back together and heal together.”

She added that, while she had initially raised funds for the production of the video, she ended up “filling the holes” for the love of her niece and because she strongly believes in the message of the song.

Another fellow Filipina in entertainment, Leslie Alejandro, readily said “yes” to writing, producing, and directing the music and commercial videos that were released a couple months after the song dropped.

“I really wanted to bring this concept to life, also being morena and growing up morena with family members who are mestiza. Filipinos can kind of put you in categories of differentiating you and putting you in a different box than what a mestiza would be, and it can be hurtful. The fact that she talks about celebrating your skin, celebrating your brown color really resonated with me,” Alejandro said.

Rounding up the female empowerment behind the project is filmmaker Andrea Walter who worked as the video’s director of photography. In a zoom interview, she told So-Perkins that the decision to contribute to the project was easy for her, noting the female stars, female director, and the feeling of family being among other Filipinx creatives.

This group birthed the song in quarantine. The video was shot in both the cities of Los Angeles and San Francisco during a pandemic and released against the backdrop of Asian hate. While they were faced with challenges along the way, they pressed on as a community, as family. And together, they have struck “Gold.”

Collectively, the group wants to impart the message that Filipinx-Americans should recognize their own individuality and beauty – and to feel confident in who they are, despite what society expects them to be.

“Head to toe I’m dipped in gold / And I know and I know that I’ll break the mold / When you learn to love your true reflection / Then you’ll always be rich with a gold complexion.” – Jannelle So Productions | Rappler.com