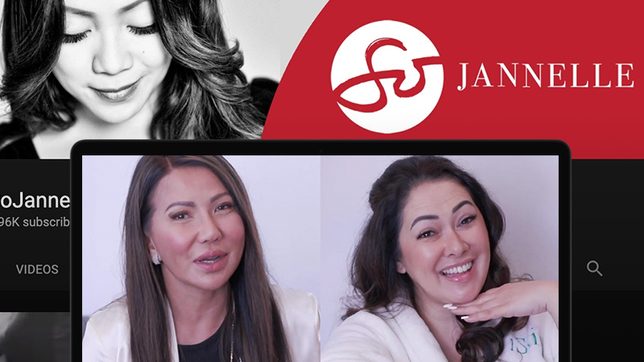 Facebook Twitter Copy URL
Copied
Strength doesn't mean invulnerability, according to Ong, who herself faced difficulties while relocating from the Philippines to California

Imee Ong knows better than most that being a strong woman doesn’t mean one can’t enjoy a good pampering. At her newly opened day spa iSkin in Beverly Hills, Ong has cultivated a community of support who want to look and feel their best. Strength doesn’t mean invulnerability, a lesson she learned from the difficulties she faced while relocating from the Philippines to California.

Herself a working mother, Ong has carved out her piece of the American Dream since relocating to the United States. Now she walks the red carpets with some of Hollywood’s biggest stars while running very successful clinics.

“You will really cry. You have to adjust to everything as a new immigrant. When you come to the US, you carry your education, good values, [and] hard work,” said Ong in an interview with Filipino-American media pioneer Jannelle So Perkins for the latter’s SoJannelleTV show.

At her newly opened spa, Ong welcomes men and women who want to feel good about themselves. With treatments like facials, sculpting, and weight loss management, celebrities in the neighborhood and across the seas come to Ong for their “me time.”

Among them are Hollywood celebrities and well-known personalities like Ruffa Gutierrez and Hilda Koronel. Both have been in front of the camera and in the limelight for decades. They find their own sense of peace among the community cultivated at Ong’s spa, where they go to relax and unwind.

The Manila-based Gutierrez, the Miss World 1993 runner-up, was visiting California to drop off her eldest daughter at Pepperdine University, where she is currently enrolled. Gutierrez knows that being a mother means showing strength to support her children, even when doing it alone.

“The most difficult thing about being a single mom is not having a partner to share everything. Your ups, your downs, your triumphs, but I’ve gotten used to it,” said Gutierrez.

“Being a single mom is not easy, but a lot of other moms are in worse situations than I am. I still consider myself blessed.”

Koronel, an acclaimed actress in the Philippines since the 1970s, has had to show her resolve in her own way. After relocating to the United States decades ago, she had to adjust to a different way of life. In the Philippines, she was accustomed to having maids run the most basic of errands for her, but that isn’t the custom in America.

When her husband asked her to go to the bank, she didn’t know how to approach the task. Her struggles were most visibly demonstrated while attempting to give fingerprints to immigration officials. Her fingers were covered in bubbles because she had discovered she was allergic to the dish soap after washing pots and pans for the first time.

Koronel can look back and laugh at it now, but she said the culture shock can be difficult to deal with for some.

“Think about it well because it’s really a totally different culture,” said Koronel, when asked about her advice for other Filipinos who are considering moving to the United States.

Strength manifests itself in many ways, and mothers can often lose track of their own needs while caring for others. Imee Ong is always there to remind her clients of their need to take care of themselves, too.

“Especially during the height of the pandemic, we like to make ourselves pretty. Beauty is a lifestyle, you can’t just do it one time,” said Ong. – Jannelle So Productions | Rappler.com