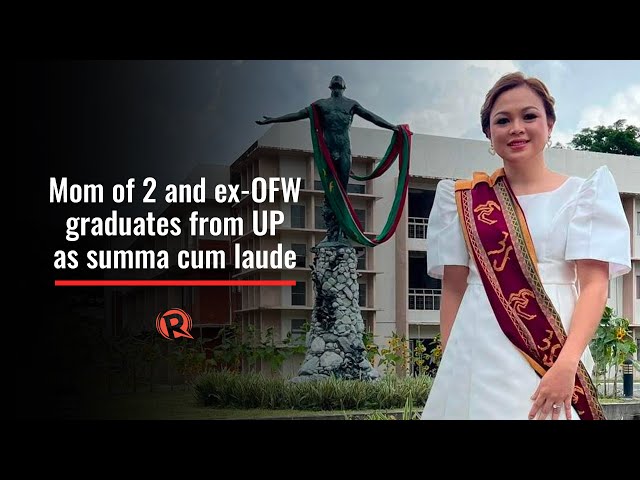 After stopping school once due to financial issues and pursuing work abroad, Mycel was fortunate to have returned home to finish her studies. The coveted Latin honor was something Mycel had wanted to achieve ever since she began studying, but she gradually realized that it wasn’t easy, especially as she played simultaneous roles of student, wife, and mom.

Watch her journey on Rappler. – Rappler.com

How can you support kids with ADHD to learn? Parents said these 3 things help