To understand artist Jefre’s art is to know his heart Facebook Twitter Copy URL
Copied
'If you spell out the word h-e-a-r-t, a-r-t is part of it, and I know that's a cliche, but it's actually really something that's more personal to me,' says Filipino-American artist Jefre, who continues his career through heart disease

Jefre, a Filipino-American visual artist based in Chicago, is known for his daring, innovative public exhibitions that merge infrastructure with art. It’s a daring, unconventional way to live, and one that many Filipino families may not immediately embrace.

But it wasn’t his first career, as  he shared with Fil-Am media pioneer Jannelle So Perkins, who caught up with him at his pop-up exhibition in Los Angeles, California.

Jefre, whose parents are from Ilocos Sur and Laguna provinces, worked a conventional career for several years, until his perspective changed during a major life event which he recalled for So Jannelle TV, So Perkins’ weekly program that airs US-wide on cable channels The Filipino Channel (TFC) and ANC; as well as on local Southern California digital channel KNET 25.1. 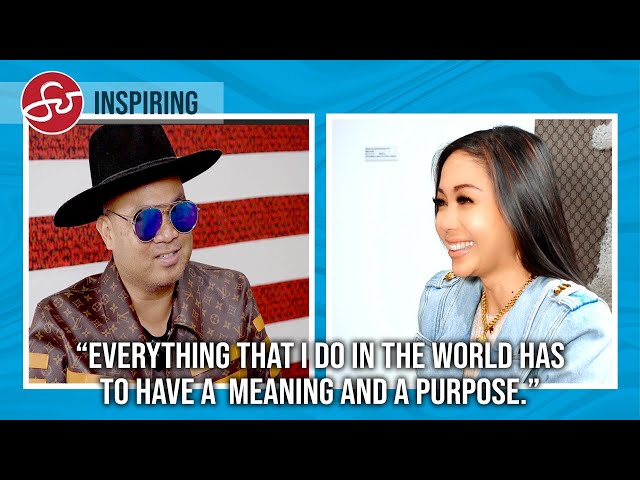 He was in Miami when he felt what he thought was indigestion. Rather than sleep it off, like was his initial instinct, Jefre went to a hospital. There he found out the issue was something more serious.

“They asked to do an EKG and they said ‘Oh my God, you’re having a heart attack!’ and I’m like, ‘What?’” Jefre said. “Having that word said in my head at the age of 30 was kind of like like, ‘Why is this happening to me?”

Jefre had a stent placed in his heart, and had to undergo triple bypass surgery. The brush with his mortality forced him to reevaluate his priorities. And that’s when he decided to pursue his passion.

Jefre cashed in his 401K, quit his job, started up Studio Jefre and began participating in art competitions. His public displays have been featured in several major US cities, including Miami and Orlando, where he’s now based, as well as London and Abu Dhabi. He’s also had his work featured at the SM Mall of Asia complex in Pasay City, Philippines.

Jefre’s experiences – and scares – are evident in the work that he creates.

“If you spell out the word h-e-a-r-t, a-r-t is part of it, and I know that’s a cliche, but it’s actually really something that’s more personal to me,” he said.

Jefre’s latest exhibit is a pop-up at the Filipino-owned LA Art Box in Los Angeles. Among the displays is a collection of the empty bottles from the approximately 57,000 pills he has taken over the previous decade as a result of his battle with heart disease. On the floor next to the bottles is a collection of that number of pills. Another piece of art are mechanical stents – representing the four that are currently in his body – that are arranged like flowers in bloom.

“It just gives an understanding of what I put through my body now,” said Jefre.

LA Art Box offers Filipino Americans a gallery of their own 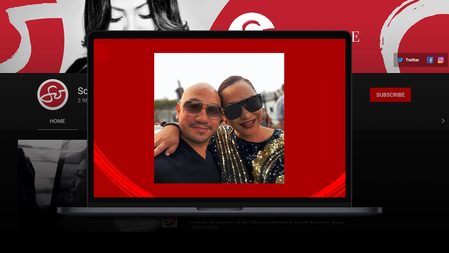 Like those stents, Jefre’s success has blossomed. Still, he makes sure to show appreciation for all that has come before him in time.

“What I wanted people to remember is not to forget your roots. When you’re here looking for success, you should always remember where you come from,” Jefre said. – Jannelle So Productions | Rappler.com