The Wong family fights for justice for sons with autism The Wong family is on a quest for justice, fighting against a school system that they say has wronged their non-speaking twin sons with autism.

For Autism Awareness Month and National Child Abuse Prevention Month, Filipino-American media pioneer Jannelle So Perkins sat down with Nadine and Charles Wong, who recounted their cry for justice for their now 11-year-old boys who allegedly suffered abuse at the hands of a school aide when they were 7 to 8 years old.

“I’m willing to take it as far as it goes, as far as we possibly can,” said Charles in the “So Bold” segment of So Jannelle TV that airs US-wide on cable channels The Filipino Channel (TFC) and ANC, as well as on local Southern CA digital channel KNET 25.1. 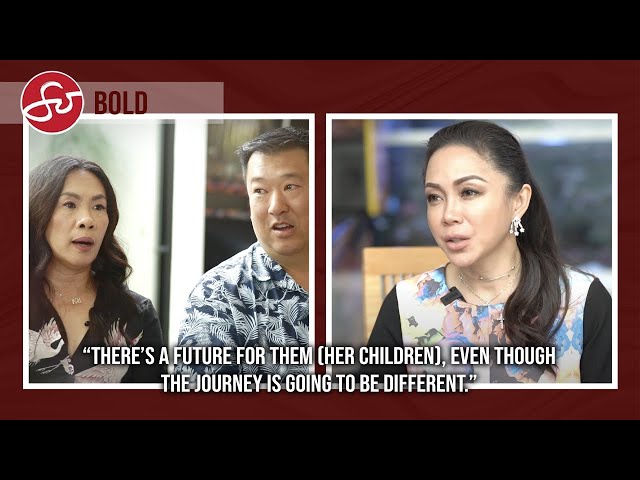 The family is preparing for a civil lawsuit, in which the Santa Monica-Malibu Unified School District and other defendants will have to answer tough questions about what happened to the boys who have also now been diagnosed with post-traumatic stress disorder as a result of the alleged abuse.

Filipina mom Nadine shared that her boys, like many other kids their age, enjoy tandem surfing the Southern California waves. She said that school personnel would often remark about how well-behaved they were. And that those words offered some comfort to her and her husband, who just wanted the best for their children.

Nearly overnight, however, the kids’ behavior began to change around the time they were in second grade. The boys would return from school agitated and appeared scared and sad. The behaviors escalated, and they soon began pulling their mother’s hair and attempting to bite her.

“You’re not supposed to be afraid of your children, right? But there was a time in that period, when we did not know what was happening in the school district, that I was afraid of my children,” Nadine said. “I wish that I could read their minds because if I knew that there was some turmoil or something going on in the school, I could have helped them then and there, but I wasn’t able to.”

The boys couldn’t speak, but there were signs of abuse. They’d come home with scratches and hand prints on their bodies. Nadine would email the teacher and ask what happened, only to be told that it was likely because they fell or hurt themselves in the garden. She was told that her boys were self-injurious, which is typical in some cases of ASD.

Nadine and Charles sought the help of medical professionals, who also couldn’t figure out what was bothering the boys until a staff member at the school they attended alerted the parents to the video camera on the school bus.

“We found out that the aide of of the boys was twisting his arm, trying to get him to comply, was pushing his hands down on the seat, was restraining him without any type of authorization to restrain him,” revealed Charles Wong.

The abuse suffered led the boys to regress in their development, the parents said, which resulted in valuable time lost in establishing milestones.

The parents sought a meeting with the school district, only to hit a brick wall in their mission for justice and accountability. The aide accused of abusing their children was allegedly moved to a different school, with the school allegedly refusing to accept any culpability.

Gail Pinsker, community and public relations officer for the Santa Monica-Malibu Unified School District, declined specific comment on the matter, but stated “the health and safety of all students are our top priority.”

The Wongs advised other parents of special needs children to pay close attention to their children and to keep abreast of what’s going on in the classrooms in hopes of avoiding what they’ve gone through.

For the Wongs, their battle continues in another room: a court room. – Jannelle So Productions | Rappler.com