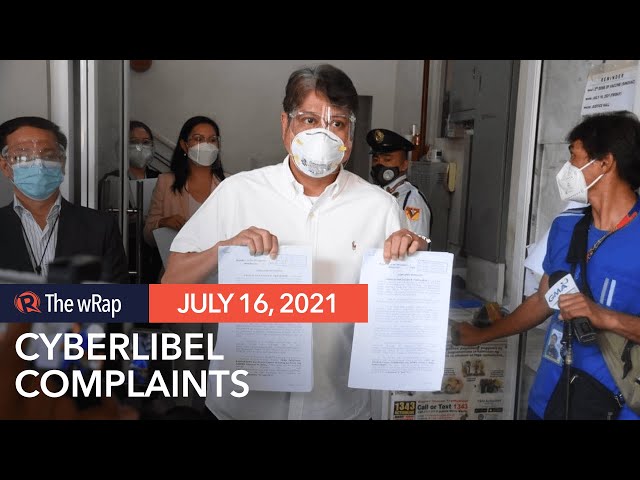 Senator Kiko Pangilinan sued Google Philippines and the owners of Youtube channels “Starlet” and “Latest Chika” over now-viral videos claiming he allegedly abused his wife, actress Sharon Cuneta, and that she was supposedly cheating on him.

Pangilinan personally filed the cybercrime complaints with the Department of Justice on Friday, July 16.

The senator is now seeking the help of the National Bureau of Investigation’s Cybercrime Division to determine the identity of the persons behind the Starlet and Latest Chika Youtube channels.

Pangilinan also named Google Philippines country manager Bernadette Nacario in his complaint, arguing the company is liable for failing to act on his requests to take down the videos in question. Google had acquired Youtube in 2006.

“Ang pamilya ko ang buhay ko. Gagawin ko ang lahat para protektahan sila,” said Pangilinan. (My family is life. I will do everything to protect them.)

In May, the two Youtube channels uploaded videos making various allegations against Pangilinan and his wife. The senator was accused of hitting Cuneta, who was allegedly committing adultery.

The videos also claimed that domestic violence cases were supposedly filed against Pangilinan by Cuneta and KC Concepcion, the actress’ daughter from a previous relationship with actor Gabby Concepcion.

Cuneta herself denied the rumors about their marriage in an hour-long video posted on the actress’ official Instagram account on May 28.

Pangilinan said his office has since reported 82 “fake and malicious” videos on Youtube. But 28 of his takedown requests were rejected, while 54 others were still pending.

He said that the social media sites need to address these gaps, since there are other Filipinos who have gone through similar experiences in preventing the spread of false videos about them.

“There is obviously a gap somewhere. This needs to stop. Social media sites need to step up and be more responsive to reports and more especially to legal complaints. These are harmful to individuals and to families,” said Pangilinan.

Cuneta is currently in the United States, where she was initially slated to film her first Hollywood movie project. She had to let go of the opportunity, however, after she received a “false positive” from her COVID-19 test results.

Read the full copies of Pangilinan’s cyber libel complaints below.