Petitioners are on full-court press to secure a Temporary Restraining Order (TRO) against the anti-terror law, filing a joint motion to convince the Supreme Court that the best time to stop the law was yesterday.

Detailing threats, arrests, and charges made in the context of the anti-terror law, the joint motion said there was a "continuous violation of constitutional rights" and that such was an "irreparable injury that this or any court cannot plausibly tolerate."

The anti-terror law has been in effect for 7 months now, but the Supreme Court is just set to redeliberate next week this new request for TRO, taking into consideration new developments like the 2 Aetas charged and jailed in Olongapo, and continuing threats of prosecution against activists, journalists and petitioners by Lieutenant General  Antonio Parlade Jr of the Armed Forces of the Philippines.

Taking the Supreme Court's own words in the landmark free speech case Chavez vs Gonzales, the joint motion appealed: "A blow too soon struck for freedom is preferred than a blow too late." (READ: In anti-terror law case, has Supreme Court shown conscience?)

"The Anti-Terror Act infringes upon at least 15 of the People's fundamental rights as set forth in the Constitution including free speech, freedom of religion, freedom of assembly, freedom of association, freedom of the press, due process of law, freedom from unreasonable searches and seizures, right to privacy, right to travel, right to bail, presumption of innocence, freedom of information, right against ex post facto laws, right against torture and incommunicado detention and academic freedom," said the joint motion filed Monday, February 22.

In general, all laws passed are presumed to be constitutional but the joint motion argues that the ant-terror law is an unprecedented infringement on free speech, and therefore suffers from "heavy presumption against its constitutional validity."

Included in the joint motion was the unilateral abrogation of the UP-DND accord. In justifying the move, Defense Secretary Delfin Lorenzana had said that the UP campus was haven for the New People's Army (NPA), which he described as "an organization declared by the anti-terror council as a terrorist organization."

The joint motion also cited the so-called rescue of Lumad children in Cebu City, where 7 people, including an anti-terror law petitioner have been sued for kidnapping.

Even though the Supreme Court had already junked the Aetas' petition for intervention, the joint motion said the two Aetas stand charged of terrorism without the prosecutors specifying how their acts "caused intimidation to the general public, spreading message of fear and seriously undermining public safety." The quoted phrases are qualifying circumstances under the law.

The Aetas are accused of shooting a soldier dead during a military counter-insurgency operation in their mountainous village in Zambales. The Aetas have alleged in affidavits that they were tortured by the military to confess to being NPAs.

The oral arguments this week were canceled because some justices are on self-quarantine. It will resume on March 2, as well as the en banc session that will redeliberate the TRO. – Rappler.com

Lian Buan covers justice and corruption for Rappler. She is interested in decisions, pleadings, audits, contracts, and other documents that establish a trail. If you have leads, email lian.buan@rappler.com or tweet @lianbuan. 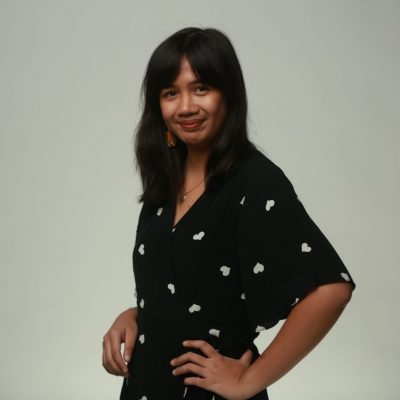