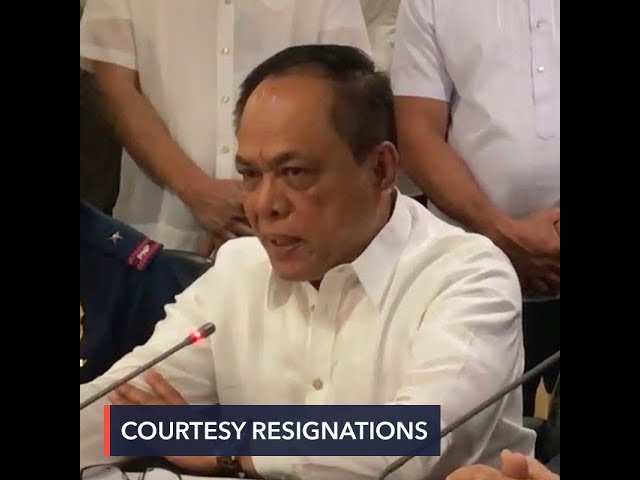 A week before Gierran gave the order, the PhilHealth board held a meeting on September 24, where it directed the implementation of Board Resolution No. 2457 s. 2019.

The board resolution’s dispositive portion read, “Wherefore the board resolves as it is hereby resolved to direct all PhilHealth officials holding positions with Salary Grade 26 and above to immediately submit their courtesy resignation to the President and CEO.”

A PhilHealth vice president and other senior officials who asked not to be named confirmed the resignation order in separate messages to Rappler on Friday, October 2. 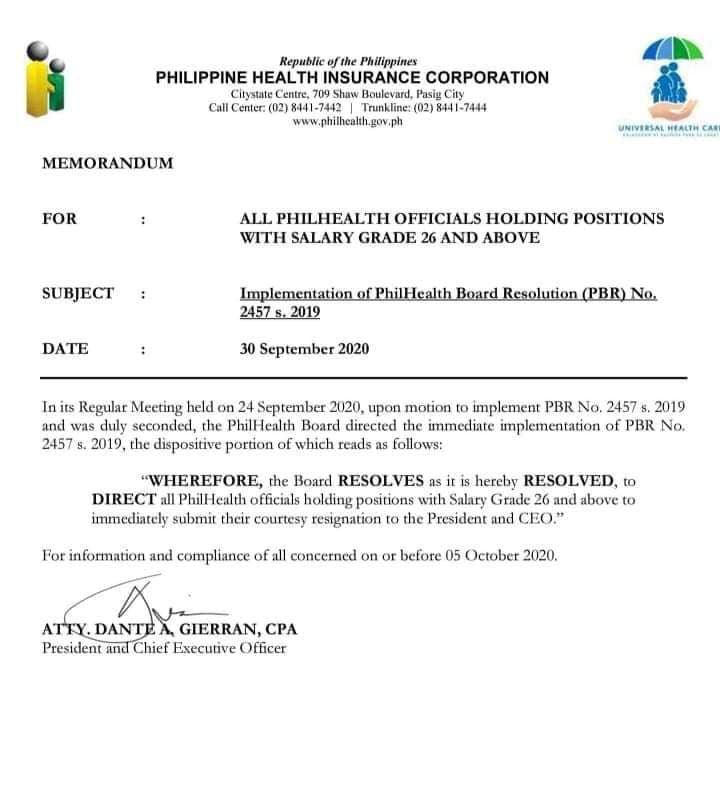 In an interview with CNN Philippines on Friday morning, Presidential Spokesman Harry Roque said that the Malacañang backs Gierran’s order

“Atty Gierran knows that he does not have much time. That’s why I think it was important for him to request for all the senior executives to file their courtesy resignations because that’s the fastest way that he can reorganize,” Roque said.

Gierran issued the order a day after President Rodrigo Duterte broached the idea of abolishing PhilHealth, citing his frustration over anomalies that continued to pound the state insurer.

“This PhilHealth, I am going to propose to Congress to abolish the… If you privatize it, there is no money….This can no longer be, the people are already entrenched. Nothing will happen. Either  I’m going to revamp, consider everybody resigned there and if there’s the structure, we can slowly…disband,” Duterte said in a mix of English and Filipino on Monday night, September 28.

In August, lawmakers investigated PhilHealth for alleged corruption as whistleblowers claimed that some P15 billion ($309.6 million) in funds were pocketed by its executives.