Constitution framers: Pandemic ‘not the right time’ for Cha-Cha MASS TESTING. Quezon City workers conduct COVID-19 mass testing for residents of Barangay Damayang Lagi in Quezon City, on Wednesday, January 20, 2021, after the LGU placed the area and 3 others under special concern lockdown following a post-holiday spike in cases.

Facebook Twitter Copy URL
Copied
'During a period of instability and because of need to focus on the pandemic, it may not be the right time to open the economy,' says 1986 ConCom member Florangel Rosario Braid

Members of the commission that drafted the 1987 Constitution rejected the latest efforts to amend the charter, saying the coronavirus pandemic is “not the right time” to do so.

Florangel Rosario Braid, a member of the 1986 Constitutional Commission (ConCom), said during the hearing of the Senate committee on constitutional amendments on Wednesday, January 27, that easing restrictions on foreign investors “will not affect the investment climate and generate much needed investments and jobs.”

“During a period of instability and because of need to focus on the pandemic, it may not be the right time to open the economy,” Braid said.

Christian Monsod, another ConCom member who was invited as a resource person at the hearing, questioned the argument of pro-charter change (Cha-Cha) lawmakers that constitutional amendments would help the economy recover from the pandemic.

Monsod said Resolution of Both Houses (RBH) No. 2 is similar to previous failed attempts to amend the Constitution, but its context is different as it is being pushed amid “the pandemic and a shattered economy.”

He added that RBH 2 is premised on outdated or pre-pandemic data. (READ: What you need to know about the pre-2022 push for charter change)

“So why change the Constitution to address the pandemic?” he asked later on in his presentation.

Another ConCom member who was at the hearing, former Supreme Court justice Adolf Azcuna, favored amendments to the economic provisions in the Constitution but reminded lawmakers not to touch “bedrock principles” in the charter that are designed to protect the people and the state’s patrimony and resources.

Meanwhile, former Supreme Court justice Vicente Mendoza told senators that the country is better off using all of its energy and resources on two most pressing issues: the COVID-19 crisis and the looming presidential elections in May 2022.

(Editor’s Note: In an earlier version of this story, it appeared that former Supreme Court Justice Vicente Mendoza was a member of the 1986 Constitution Commission. This has been clarified.)

The legal luminary said once these two challenges are met, “economic recovery can take place after this.”

“The education of the people for wise voting and the preparation for clean, honest, and credible elections that can spell good government in this country demand the patriotism of everyone. We need to summon all our will to bring the patriotic spirit back to the people. These are two challenges that we have to confront before we can speak of any other change in the Constitution,” Mendoza told the Senate committee on constitutional amendments.

“I do not believe this is the time for charter change given that one, the threat of the pandemic; and two the great challenge of securing in this country good government and that is tied to the next elections, national and local,” he added.

President Rodrigo Duterte’s allies in the House and the Senate are pushing to amend the economic provisions in the Constitution to relax the current restrictions on foreign investors.

They believe doing so would help fix the Philippine economy that has been crippled by the pandemic.

But this is just the latest twist in efforts to change the charter under Duterte, who had ordered Congress leaders to revive Cha-Cha not with COVID-19 in mind, but to further crack down on leftist party-list lawmakers. 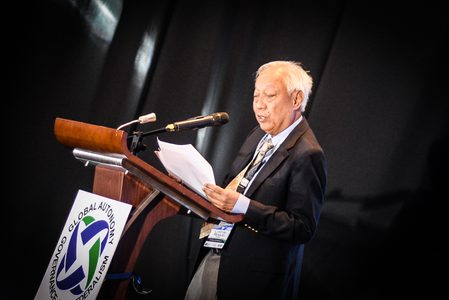 While House members are adamant to pursue economic Cha-Cha, senators are still lukewarm to the proposal. Past attempts to change the Constitution under Duterte have so far failed because of the Senate’s opposition.

Instead of taking the divisive Cha-Cha route, Senate Minority Leader Franklin Drilon and Senators Pia Cayetano and Grace Poe all agreed it would be much easier if Congress instead just focuses on passing bills designed to attract foreign investors.

Other senators have also questioned the propriety of pursuing Cha-Cha in the middle of the COVID-19 crisis. – Rappler.com